Found unharmed in a lifeboat 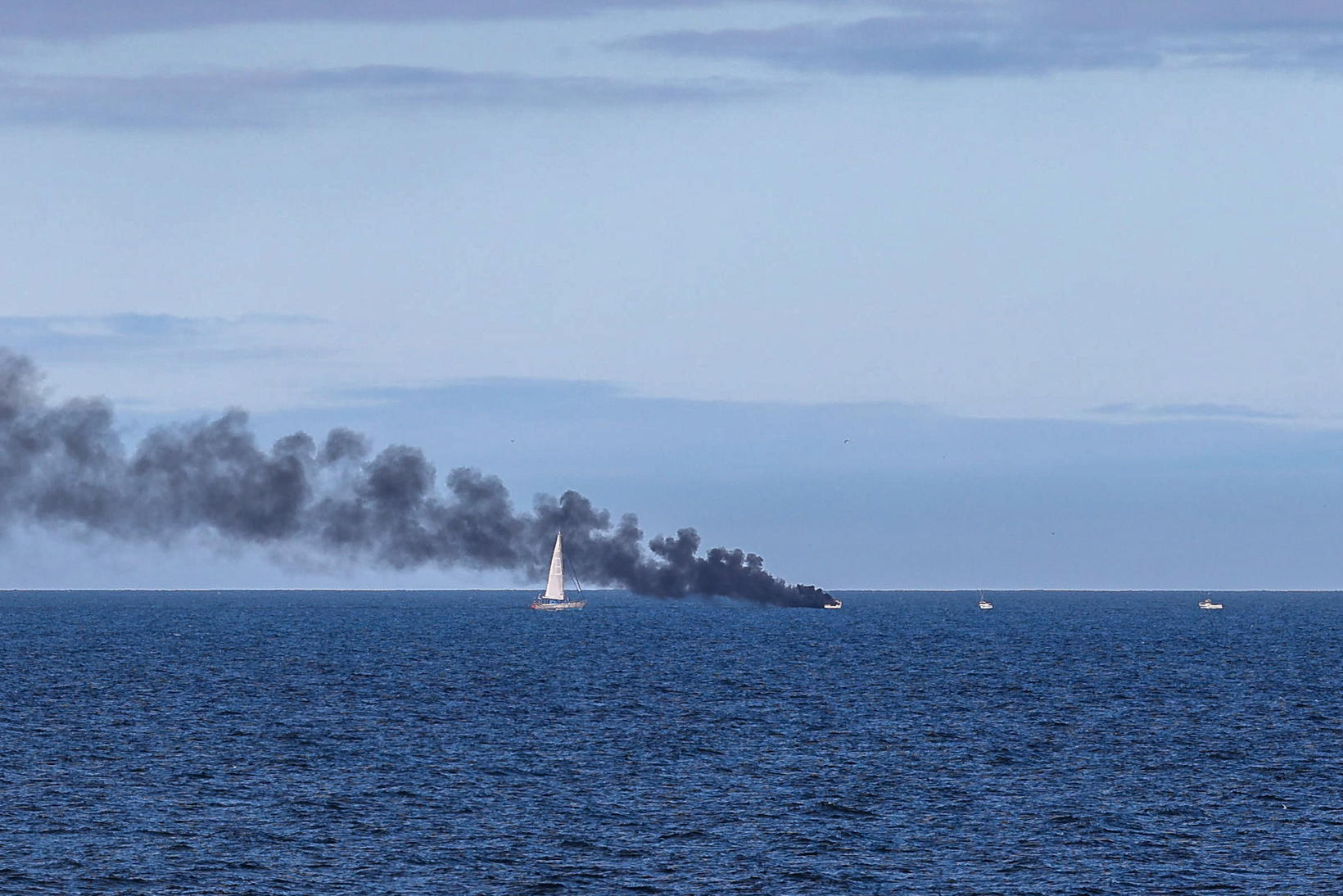 There was a lot of smoke coming from the burning boat. PhotoTómas Freyr Krisjánsson

A member of the crew from the boat Gosi-KE who caught fire this morning not far from Rif this morning was saved when the fishing boat Diddi SH-159 came to his rescue just before 10 AM this morning in Breiðafjörður . The man was in a lifeboat floating around not far from the burning boat. He was unharmed, was reported in an announcement from the Coast Guard.

The man was taken into the Rescue boat Björg from Rif and the crew started working on putting out the fire on the boat Gosi-KE.

The Coast Guard was alerted to the situation just before 9:30 this morning, that a small fishing boat was burning not far north of Hellissandur. Both a rescue boat and the Coast Guard’s helicopter were called to the scene, but their attempts to contact the boat were futile. The boat was 5 nautical miles from the shore. 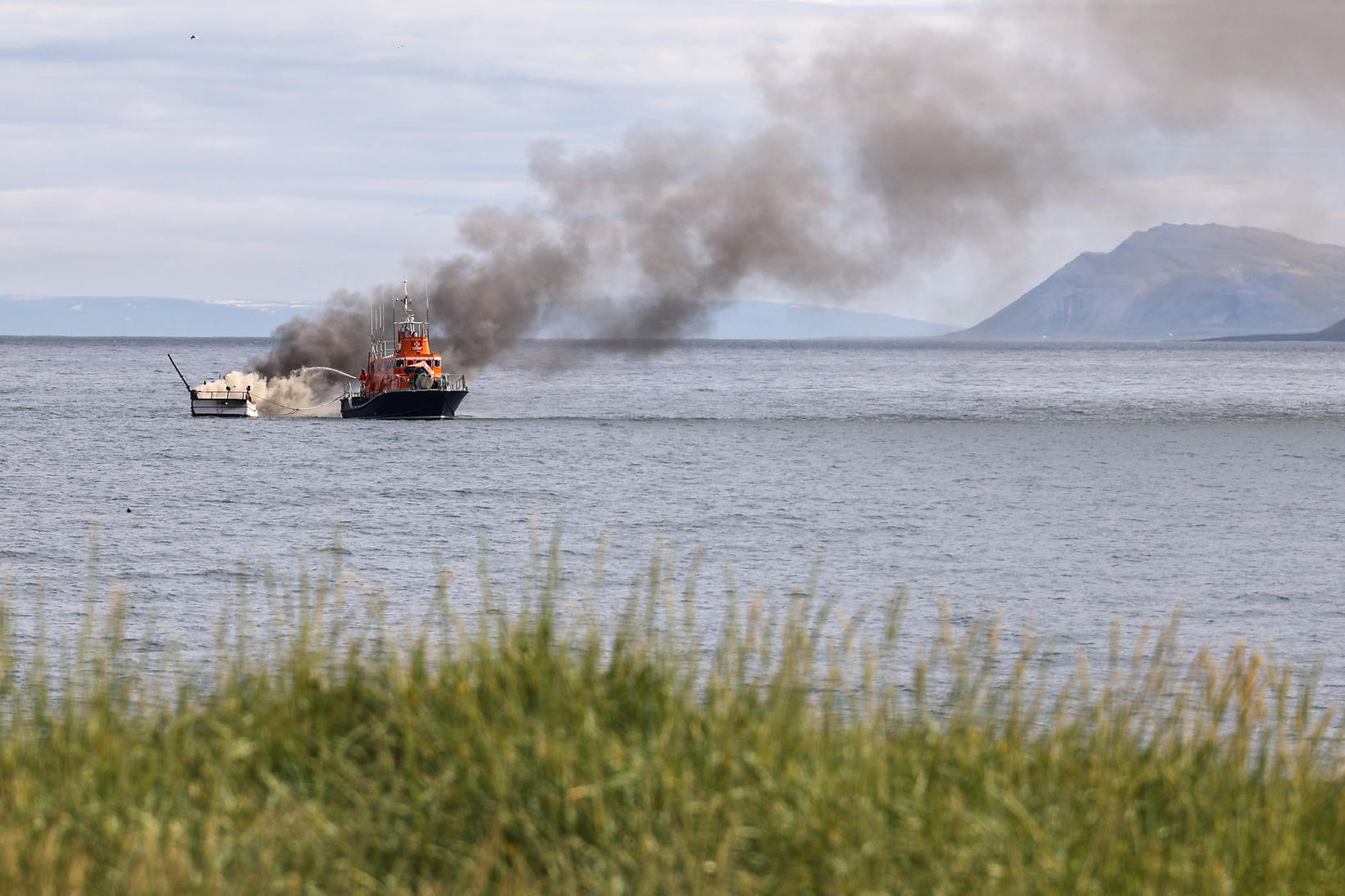 Davíð Már Bjarnason, the information officer for the Icelandic Association for Search and Rescue (ICE-SAR) says the man is recovering quite well and it looks like he did not inhale too much smoke.

Regarding the boat, it remains to be seen whether it can float after the fire. No information has been issued about the possible cause for the fire.