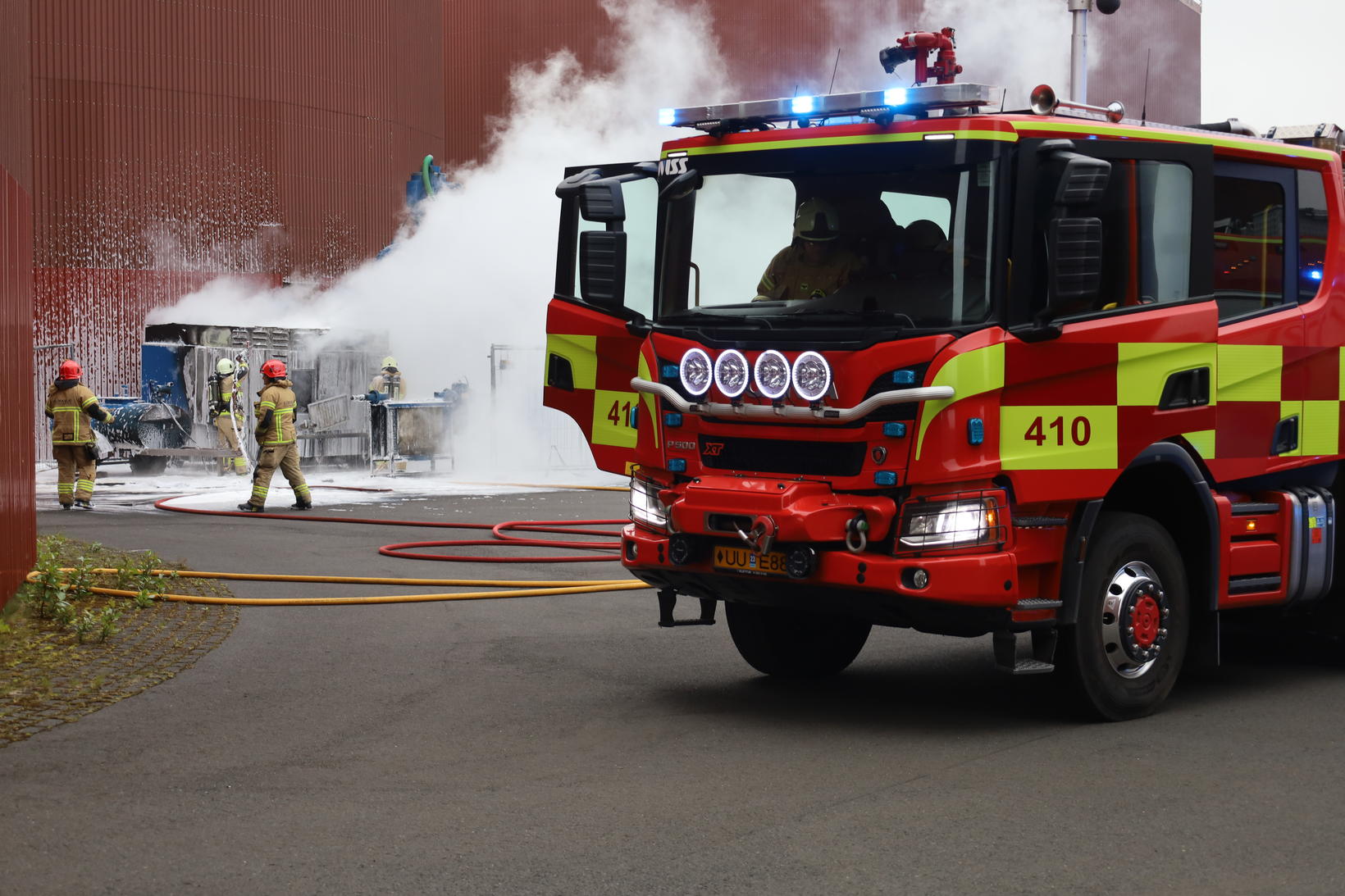 At the scene in Grafarholt last night. Four firetrucks were called to the scene and it was possible to prevent a much bigger fire because of it. Morgunblaðið/Sigurður Bogi

A fire was detected between two hot water tanks in Grafarholt last night. According to the Fire brigade the source of the fire was from equipment used to maintain the tanks.  The fire was successfully extinguished says Kristján Sigurðsson, warden of the support department of the Fire brigade to mbl.is.

He says that a lot of oil had leaked from an oil tank close to the equipment on fire, so the fire fighters had to work fast and swiftly to try to get rid of the oil before the fire got to it. 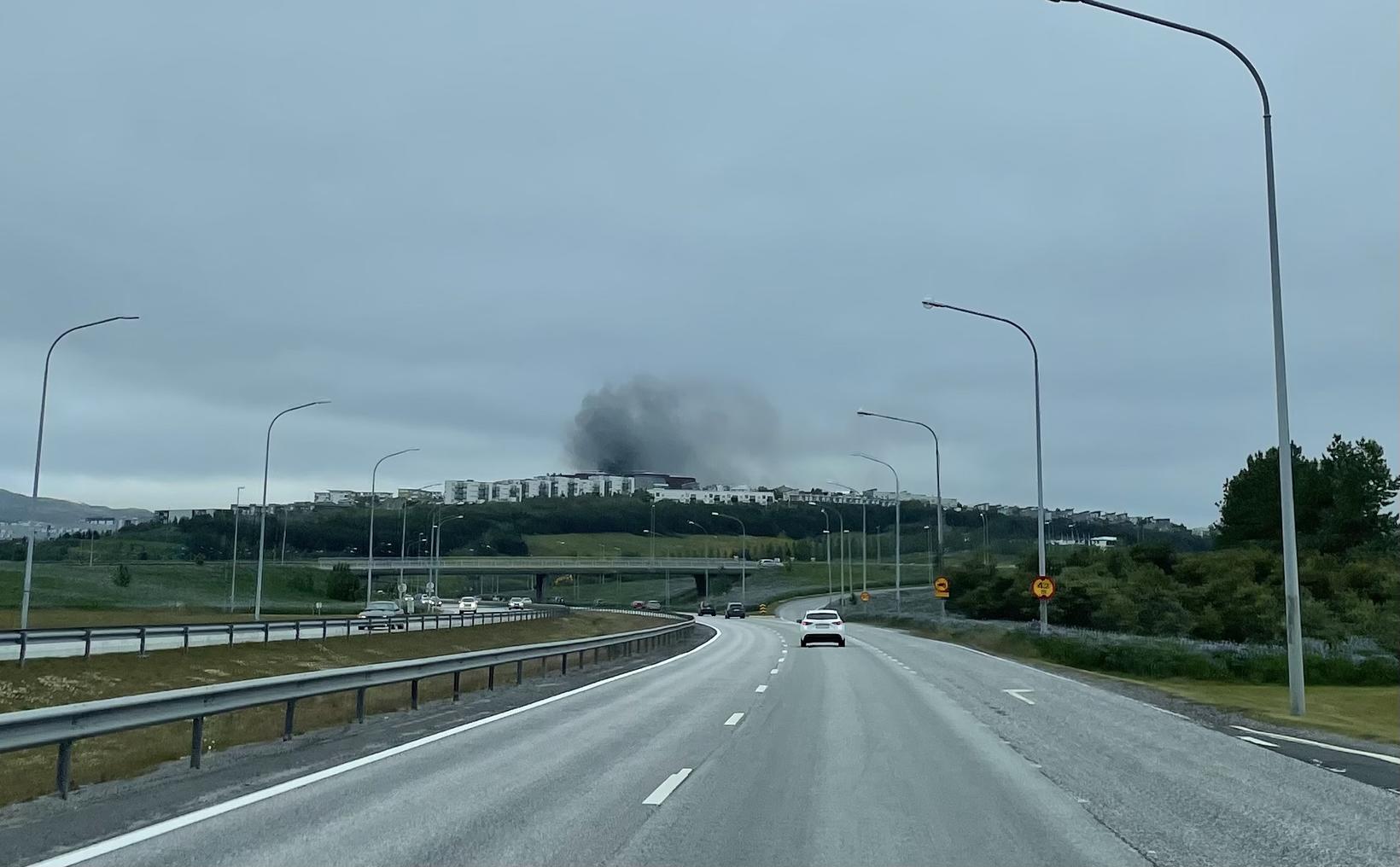 The smoke from the scene was quite visible from a far. Ljósmynd/Aðsend

Even though the fire had spread substantially, the fire fighters managed to get it under control, but four fire trucks were called to the scene. He says that thankfully nothing was in danger around the area, but the burnt equipment was severly damaged

He declines to answer if the fire was caused by someone and says that even though they have acknowledged that the source of the fire stems from said equipment, the reason why it started is not clear yet.