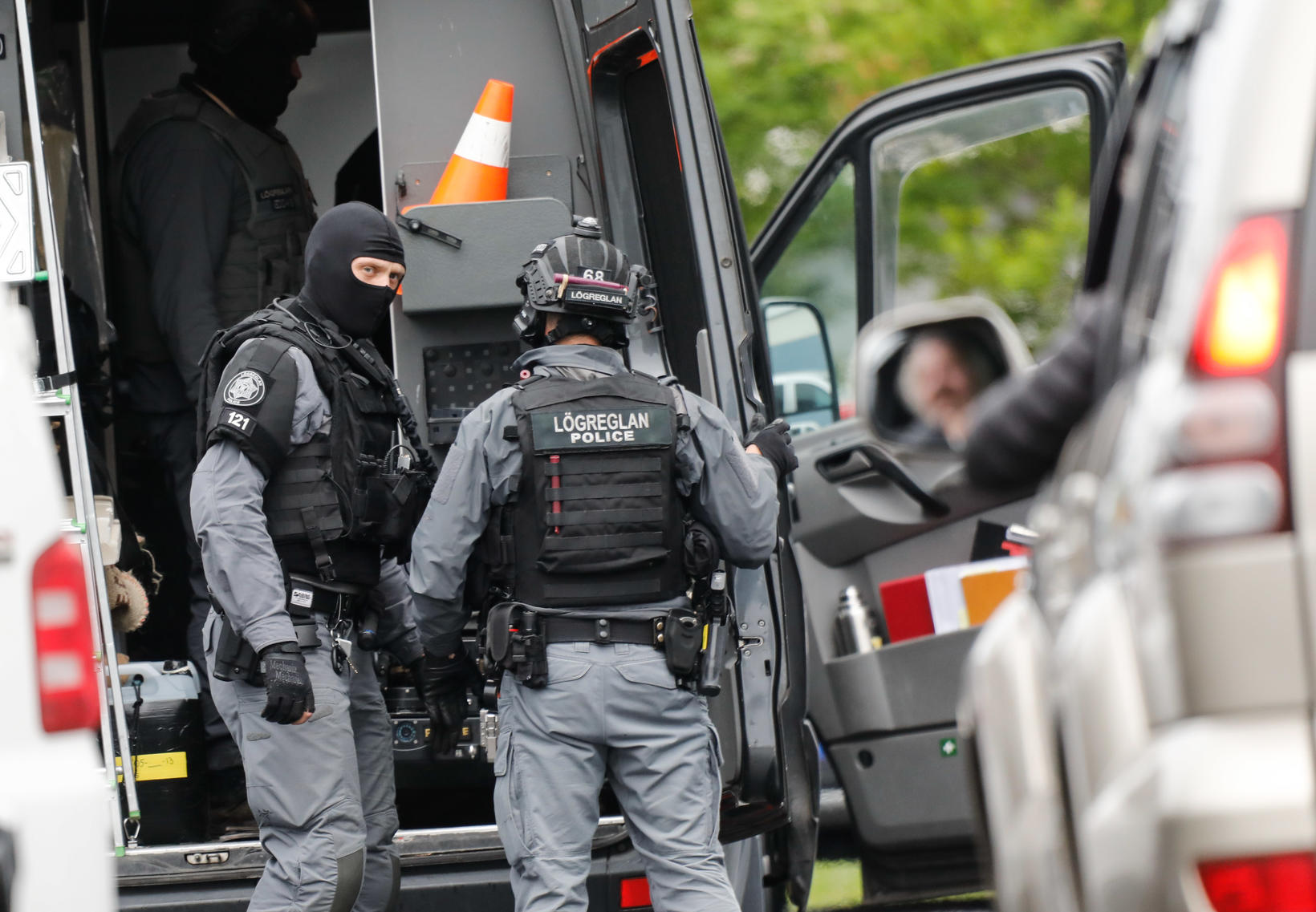 The Special Task Force is getting ready to leave the premises. mbl.is/Eggert Jóhannesson

The suspect in the shooting in Hafnarfjörður has been apprehended by the police, according to Skúli Jónsson Assistant Chief of Police. The shooter is in his sixties and is suspected of shooting at a car early this morning.

The police were able to contact the men through the phone earlier today, but he was on the third floor in the apartment building in Miðvangur. People were still in their apartments and the building was not evacuated. On the first floor is the grocery store Nettó, which was closed because of the situation, but the staff were inside the store the whole time. 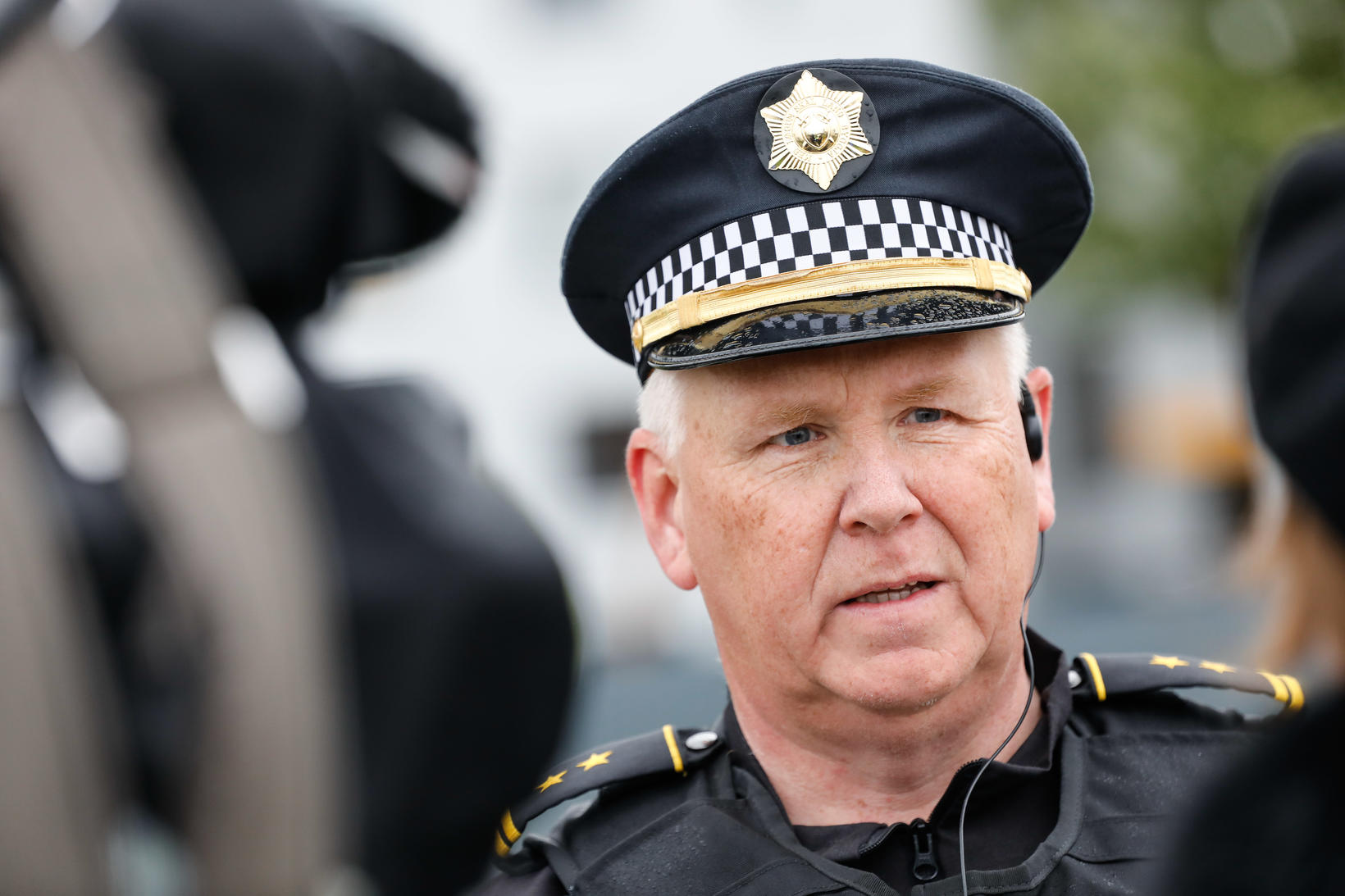 Jónsson said to mbl.is that he is really happy that nobody got hurt and the case has been solved. "The man has given himself up. A part of our negotiation technique was that he would come out himself, which he did," says Jónsson.

He also wants to give credit to the police and how the situation was approached that resulted in this solution, as opposed to having to enter the building and get the man. "Thankfully, it all worked out," he said.

Now the man has been arrested and is being brought to the police station where he will be questioned. Jónsson says that the whole operation went really well and the police force was prepared for a much longer stay if necessary. There were a lot of police officers at the scene as well as the Special Task Force.