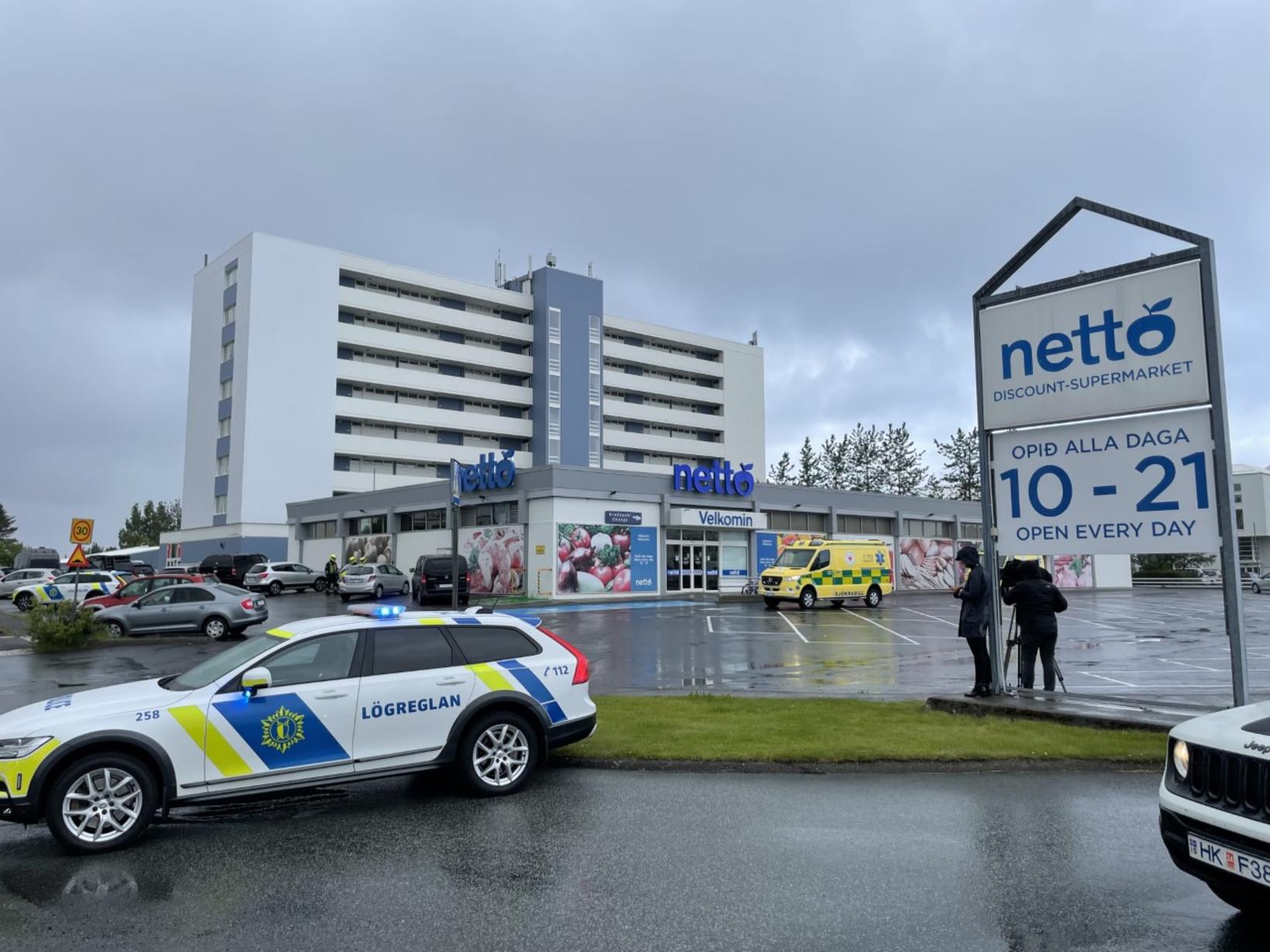 A police operation that started before 8 AM this morning is still ongoing at Miðvangur in Hafnarfjörður and has been verified by Gunnar Rúnar Sveinbjörnsson the information officer of the Reykjavik Police Force in a talk with mbl.is.

The Special Task Force has been called out to the premises said Sveinbjörnsson. 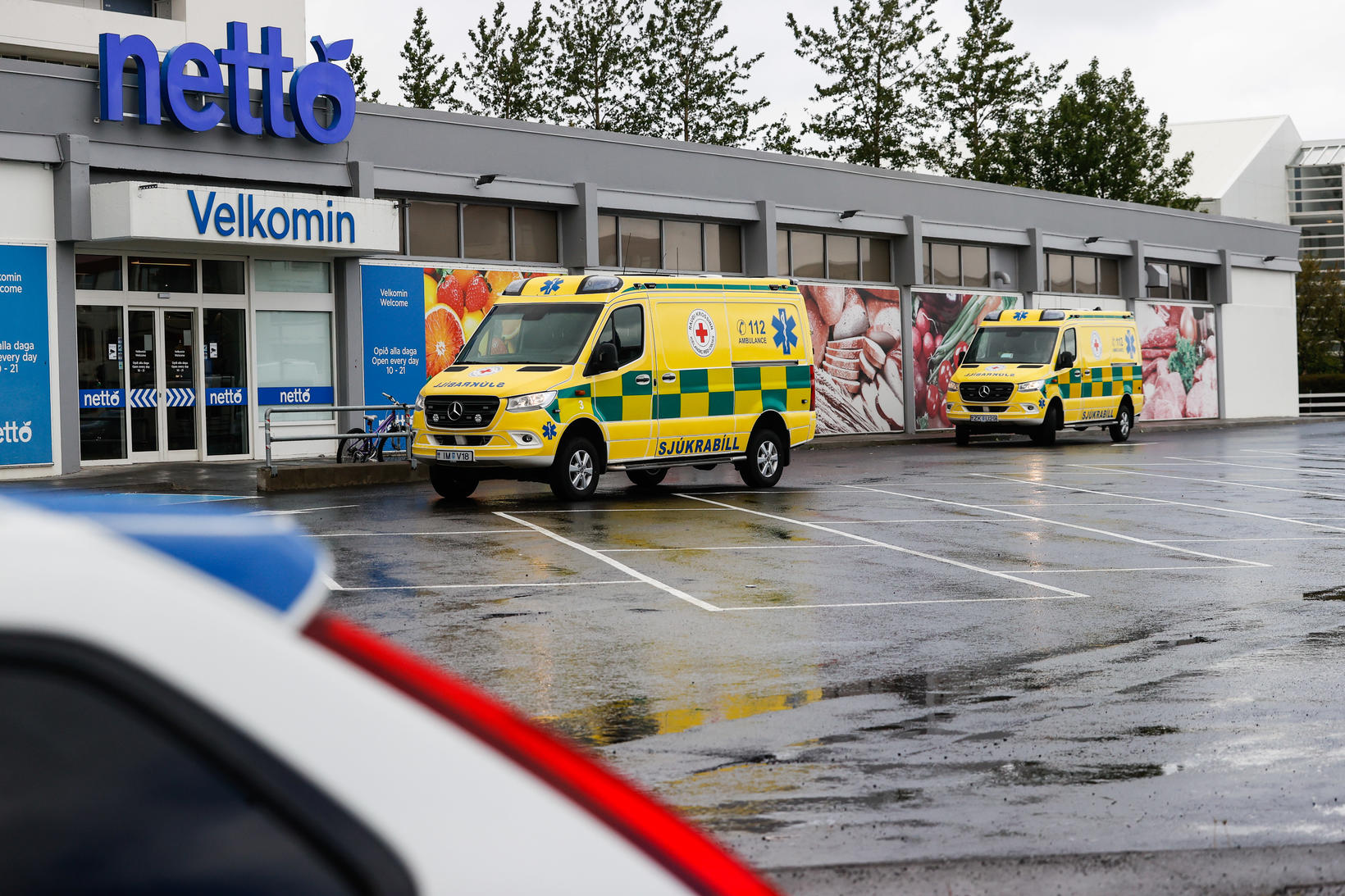 
Witnesses that mbl.is has spoken to say that shots were heard in the apartment building around 7 AM this morning. There are still people in the building, that has not been evacuated. There is a lot of police officers with the Special Task Force at the premises. 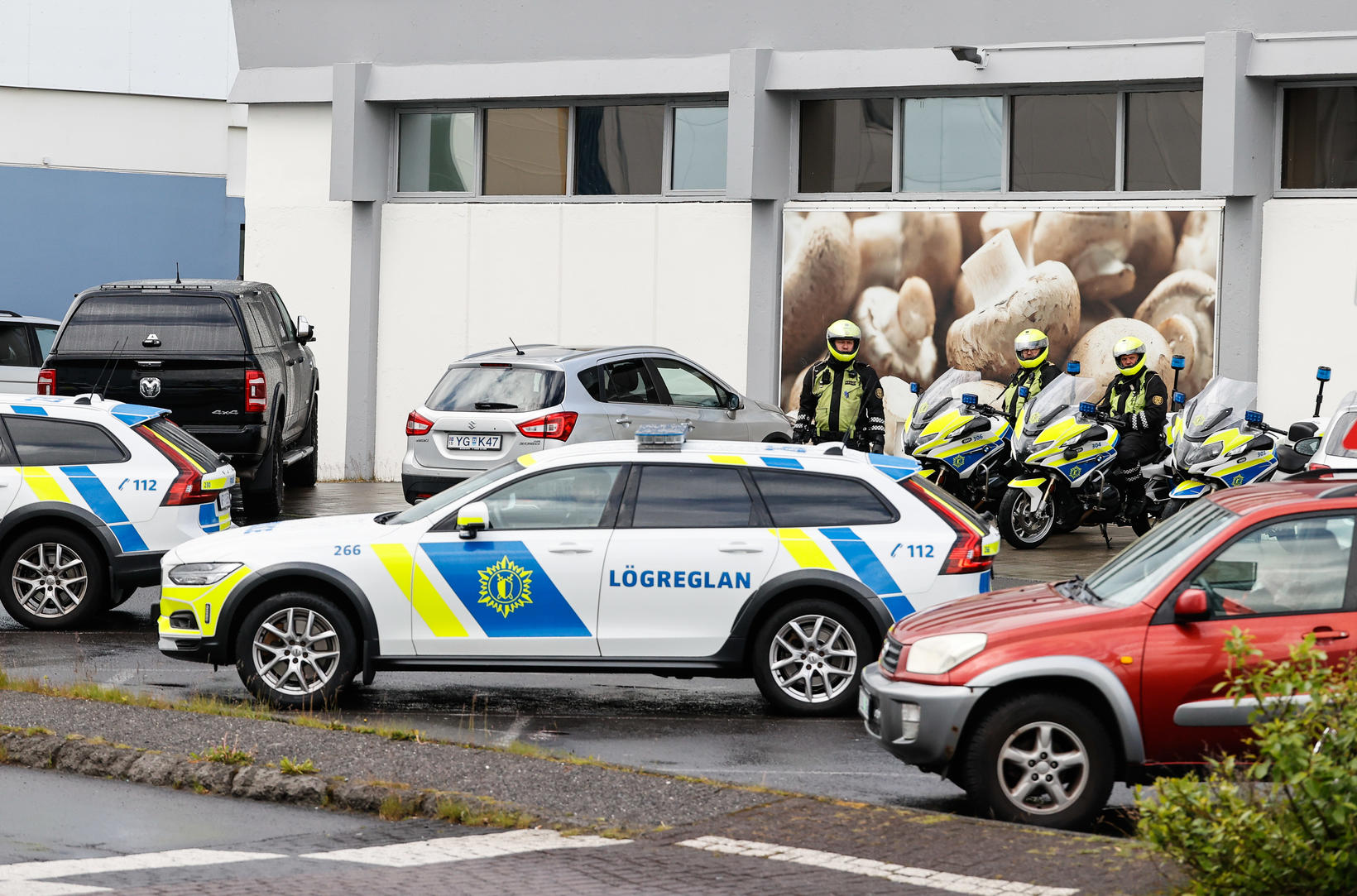 At 20 minutes to 8 AM this morning a shot was fired towards a car and the police was called out to the scene.

A kindergarten in the neighbourhood has been closed while the shooter still has not been apprehended. 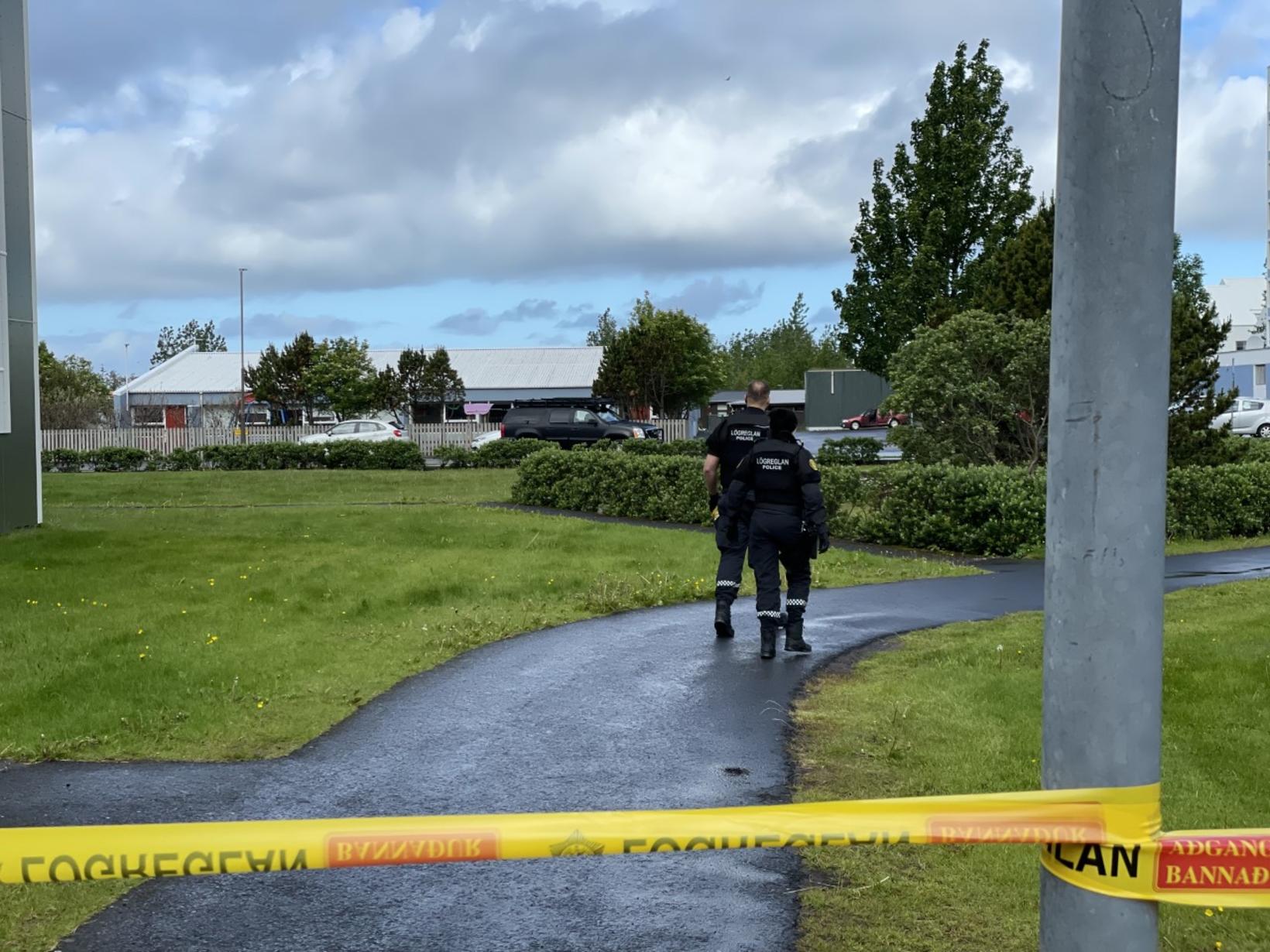 The police is trying to keep people away from the scene. mbl.is/Tómas Arnar

The police will send out an announcement later today and the article will be updated when more is known. 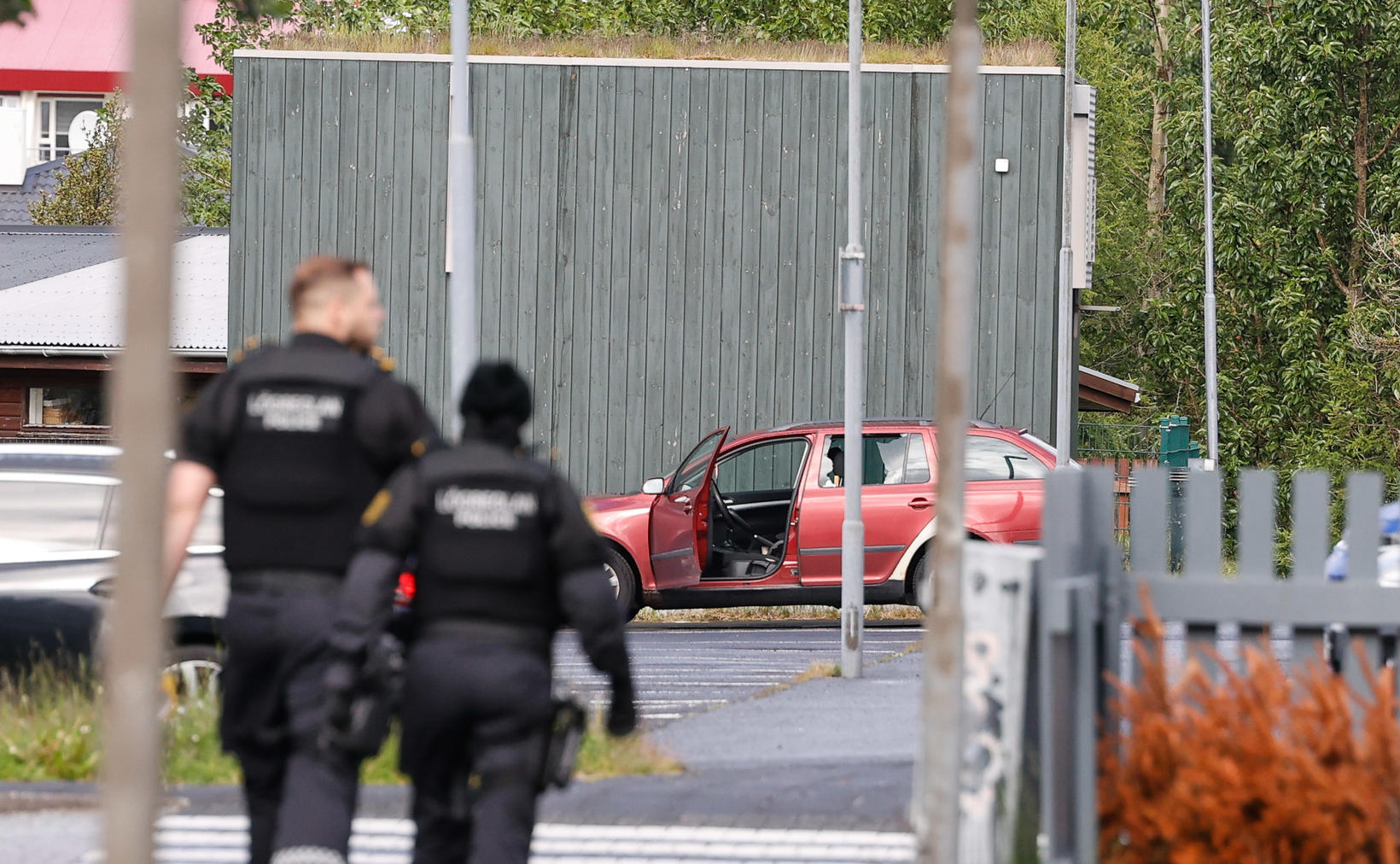 Policemen walking towards the car that was shot at earlier this morning. mbl.is/Eggert Jóhannesson

It is still not known if the shooter is alone in the apartment, but the police put out drones to get a better estimate of the situation.

It has not been disclosed if there was somebody in the car that was shot at earlier this morning.

The Special Task Force at the scene. mbl.is/Eggert Jóhannesson