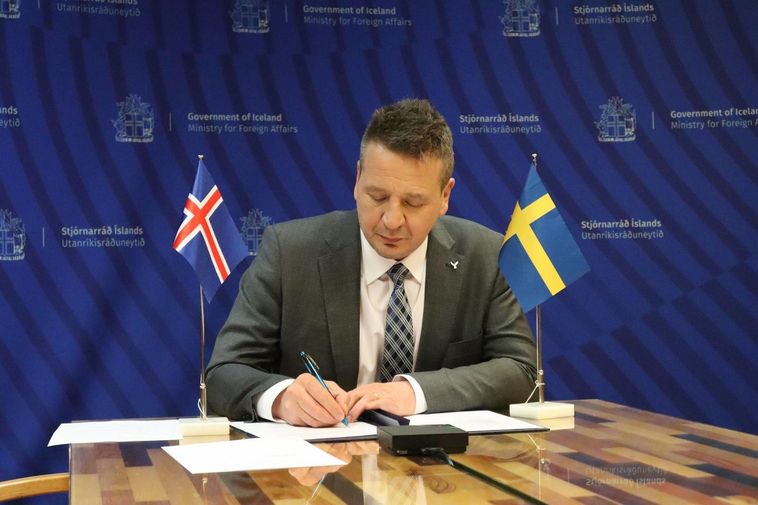 Guðlaug­ur Þór Þórðar­son the Minister of the Environment, Energy and Climate and Peter Hultqvist the Defense Minister of Sweded signed a mutual agreement about the cooperation of Iceland and Sweden in security and defense matters. The signing of the agreement took place in a distance meeting with Pär Ahlber­ger, the abassador of Sweden in Iceland andwith Hannes Heimisson, the ambassador of Icelandin Sweden.

Iceland has a lot to offer

In the agreement the focus is on strengthen the cooperation between the countries to meet the security challenges in the vicinity of both countries, in the North Atlantic and the North, as well as multilevel threats. Furthermore, the countries want to be on the same page when it comes to cyber security and targeted information dissemination and work together on the implementation on Security Council Resolution 1325 about women, peace and securityis reported in a press release from the Foreign Mininstry in Iceland.

"A closer cooperation between Iceland and Sweden is in line with the goals of the Nordic Defense Cooperation and other multinational cooperation agreements about security and defense issues. I think Iceland has a lot to offer in the cooperation with Sweden and we can learn a lot from them," Þórðarson said today.