Drove off after hitting a cyclist 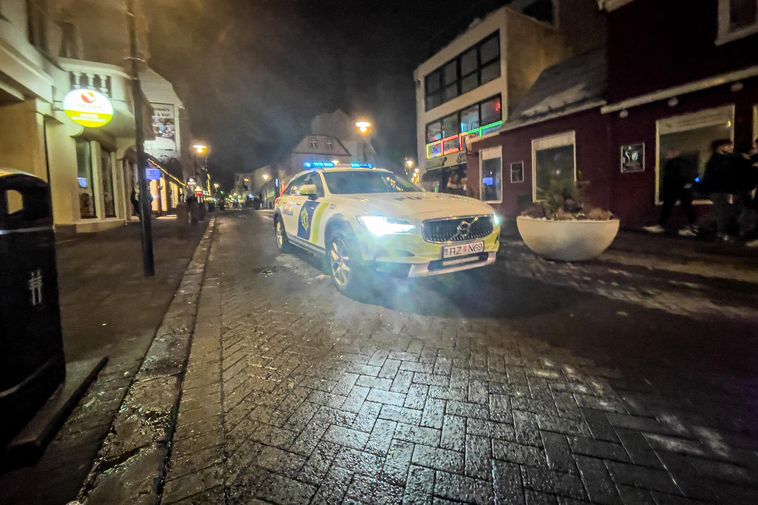 A car was driven into a cyclist in Laugavegur Saturday night around 8:30 PM. According to witnesses the driver of the car had been stepping on the gas and honking before he drove into the cyclist. The cyclist fell to the ground with the impact, but stood up and tried to open the door of the car. The driver then drove off, over the bicycle and down a closed pedestrian street.

"This was basically an assault," says Ragnhildur Jóhanns, who witnessed the whole thing. She says it is not correct to talk about this incident as an "accident" since the driver clearly drove into the cyclist with intent.

The cyclist got on the driver’s nerves

The cyclist was riding down Laugavegur between two cars and according to Jóhanns, he was riding according to the set speed in the area. “However, this was clearly getting on the nerves of the driver of the car behind the cyclist. He starts to press the gas pedal and honk the horn at the cyclist in front of him, and then he just speeds up and drives into the cyclist.”

Drove off and over the bicycle

The tire of the bicycle burst at the impact and the driver fell to the ground.

"Then the cyclist stands up and tries to open the driver’s door, who then responds by speeding up and driving over the bicycle to get away."

Ragnhildur Jóhanns was sitting outside the café Forsetinn and says that numerous people witnessed the incident.

The driver has not yet been arrested.