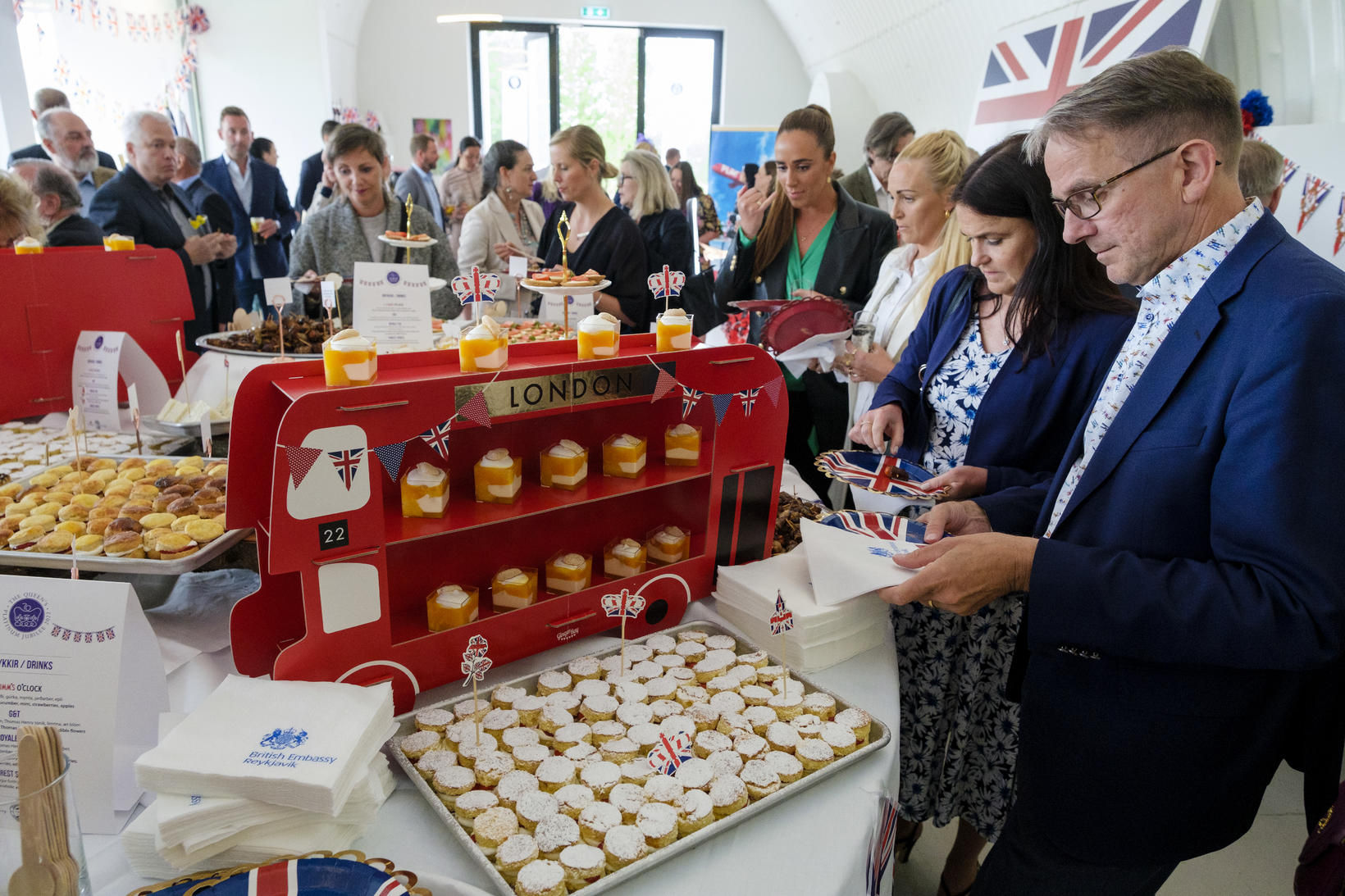 A special Jubilee pudding was served at the Garden Party yesterday. Kristinn Magnússon

The British Embassy in Reykjavik had a garden party yesterday to celebrate the Platinum Jubilee of her Majesty the Queen. Elizabeth II is the first monarch in Britain to serve for 70 years and February 2nd this year marked the anniversary. Starting yesterday and until Sunday 5th there will be celebrations all over Britain to celebrate the anniversary during this four day UK bank holiday weekend. There is a wide variety of public events and community activities and a reflection of the Queen's 70 years of service. 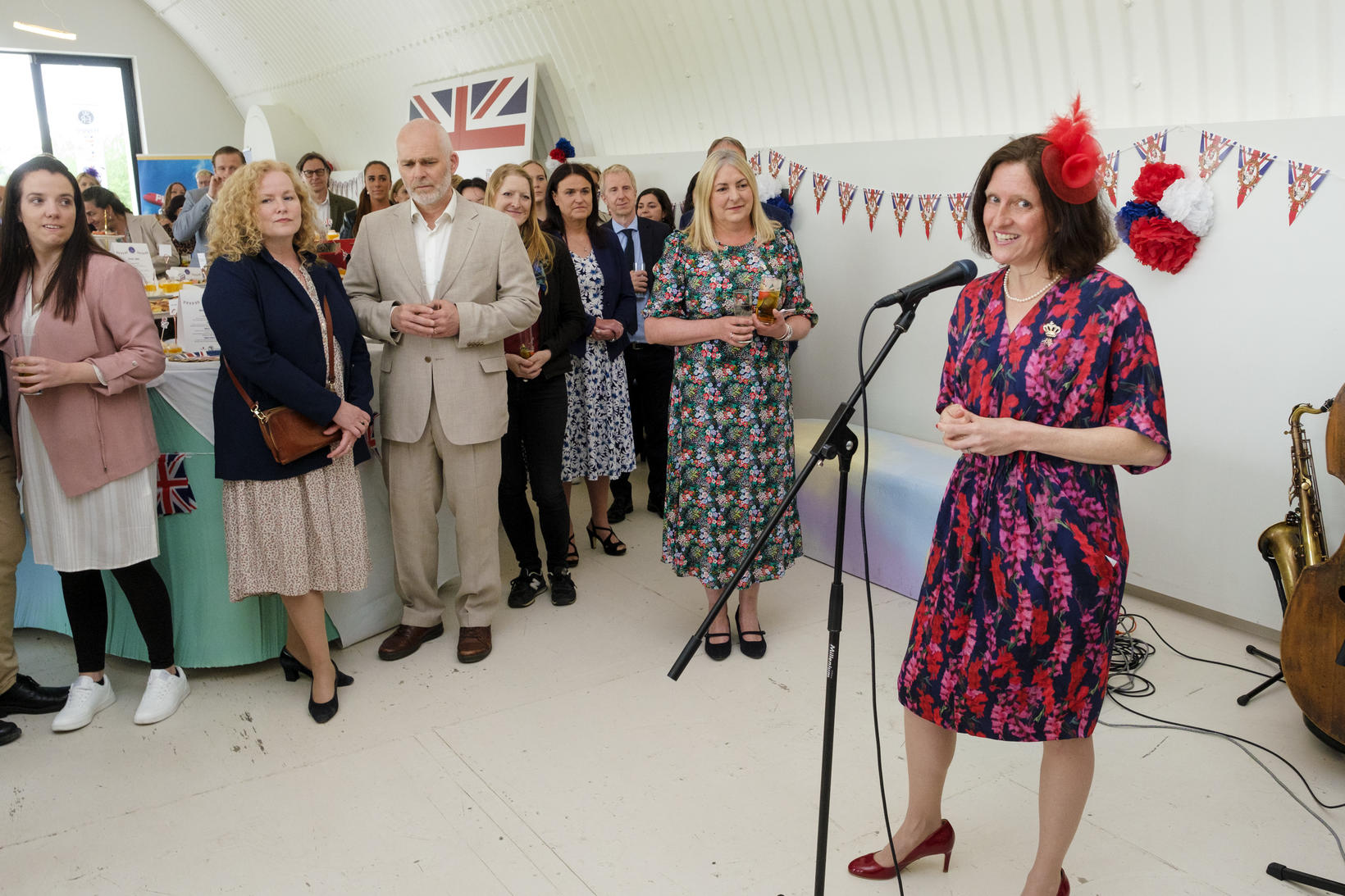 The British ambassador Bryony Mathew talked about the Queen's visit to Iceland in the summer of 1990 as well as reflecting on this historic occasion. mbl/Kristinn Magnússon

The garden party yesterday was held in Höfuðstöðin in Elliðaárvatnsdal and there were a lot of people present, both from other embassies in Reykjavik and friends of the British Embassy. The British ambassador in Iceland, Bryony Mathew, gave a talk and used the opportunity to look back to a time when Queen Elizabeth II visited Iceland in the summer of 1990.The Queen came on a private jet and was welcomed by then president Vigdís Finnbogadóttir.

The party was a great success with food and drink served, and a special Jublilee pudding to celebrate the occasion. There was also live music and   the British national anthem, God save the queen, was played in celebration of this unprecedented anniversary.