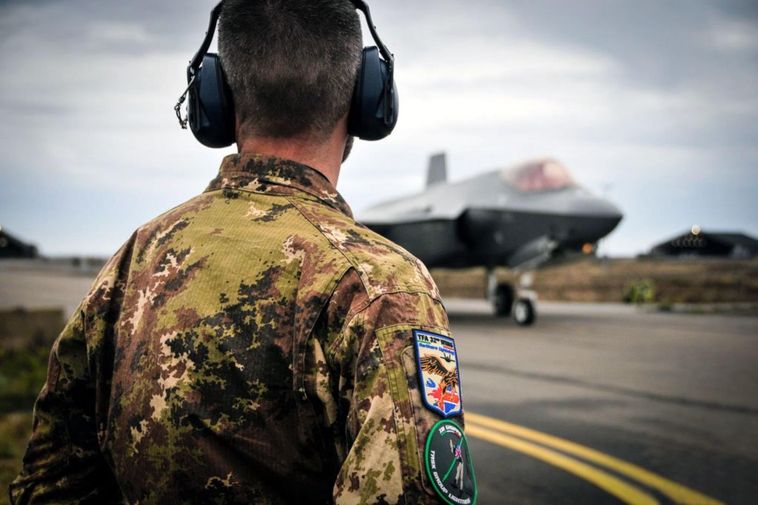 An Italian Air Force member looking at the military jet on the ground in Iceland. Photograph/The Icelandic Coast Guard

People have been complaining about a lot of noise coming from military jets in Akureyri and Egilsstaðir last week. The Italian Air Force has been conducting approaching exercises for some days and it is a part of NATO’s air space security in Iceland.

People have been talking about how people who have escaped wars might be feeling hearing the noise from the jets every day.

Ásgeir Erlingsson who is the information officer for the Icelandic Coast Guard says these practice flights are because of a change in crew in the Italian Air Force so approach exercises were needed. He says that usually these kinds of exercises are not done on weekends, but this weekend it was necessary.

He also points out that the air security is not really more noise than normally, but the weather can have an impact on how noise travels and is perceived.

When asked if there is any process in place regarding refugees from war zones, like Ukraine who could be dealing with PTSD and therefore very sensitive to warlike noises, he says they try to inform the public in a clear manner in advance about those exercises.

Erlingsson says that the Coast Guard has not received any complaints from people because of the military jets, but if they had, all complaints are treated seriously, both by the Coast Guard and the Icelandic Aviation authorities.

When asked if the pilots are instructed to show extra caution when flying near populated areas he says that the pilots follow all laws regarding flights in Iceland. He also stresses that there are special set of laws regarding military jets and noise control.