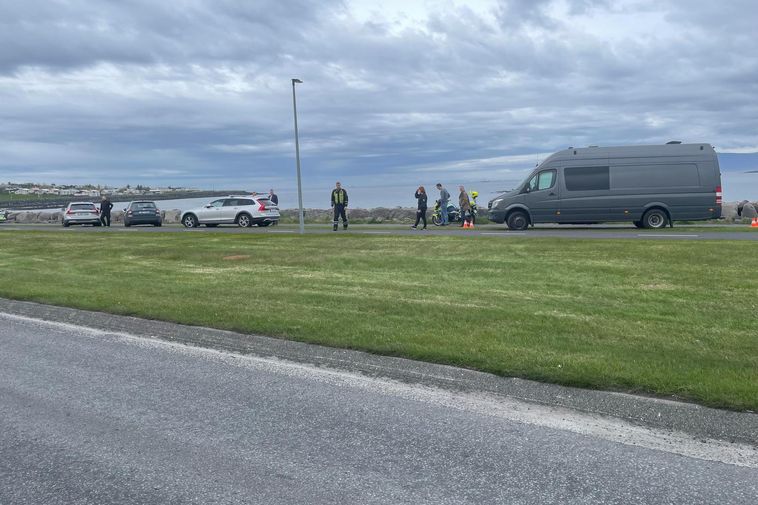 A body was found on the shore at Eiðsgrandi in Seltjarnarnes on Tuesday afternoon. The local police did not want to give out any information, except confirming that a body had been found and that the investigation was in the beginning stages. The area was well guarded with both the police and forensic units on the scene. The police was also using drones to monitor the area.

Today the police announced that the body was of a woman in her sixties, but they had not identified her yet.  They also added that there did not seem to be any signs of foul play but the police is still investigating the matter.