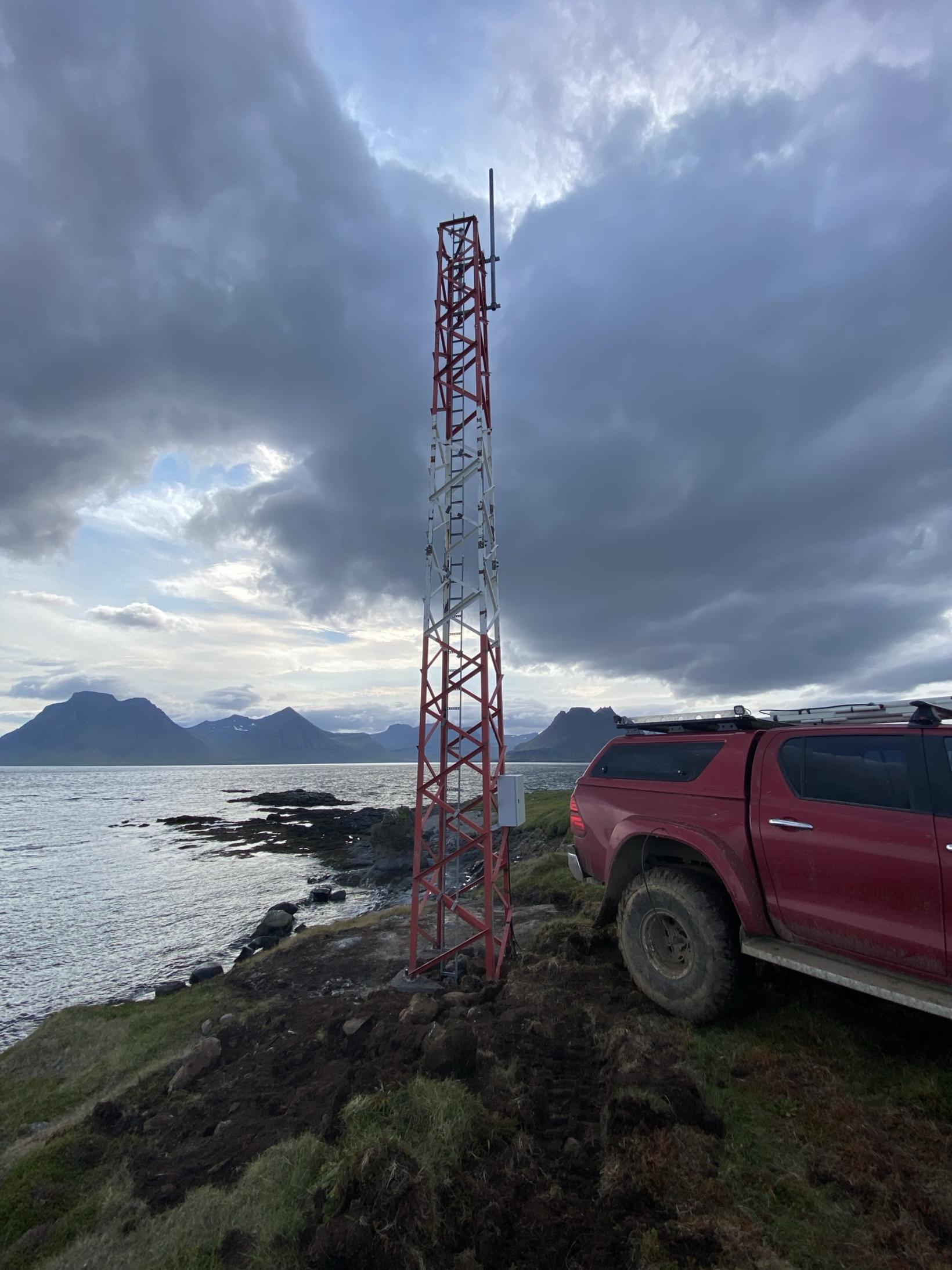 One of the cellphone towers. This one is by Gjögur in Árnes County.

Something great happened to day for all users of cellphones off the beaten track in Iceland, especially those who find themselves in distress and need immediate attention. The crisis line and the cellphone companies Nova, Vodaphone and Siminn announced today their cooperation in setting up more cellphone towers in areas with little cellphone connectivity.

Þórhallur Ólafsson the managing director of the crisis line 112 said in an interview with mbl.is that numerous examples are of people not being able to call 112 after having an accident, either due to no cellphone reception  in the area or there might be a cellphone connection, but just not your company. 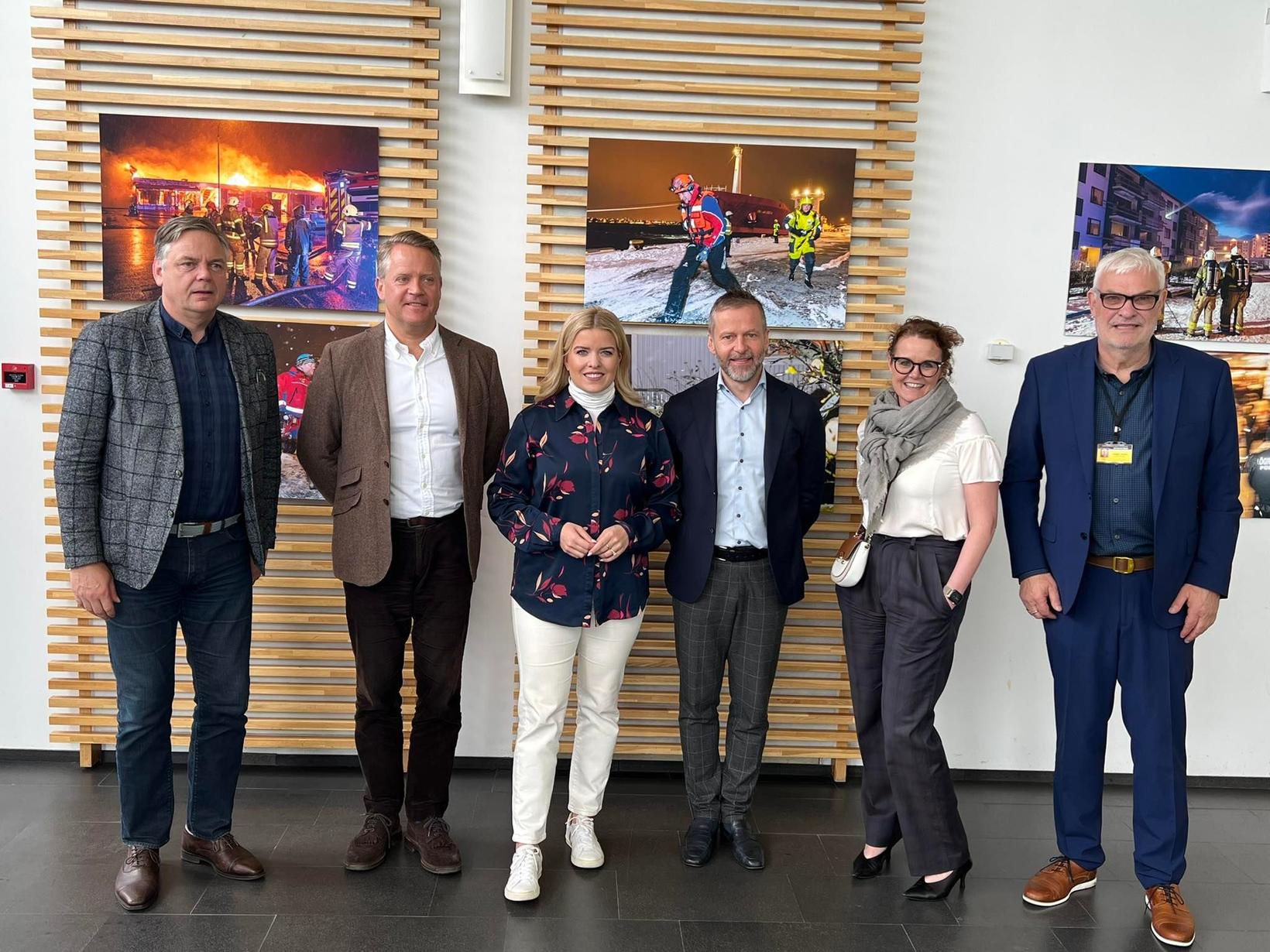 The cooperation between the Crisis line and the cellphone companies Nova, Siminn and Vodafone as well as the government was signed today. Ljósmynd/Aðsend

"For example the accident that happened in the Westfjords where a man drove into sea in the fjord. There was no roaming agreement between the phone companies and the man could not call 112. Neither could the the first man on the scene. It was only when the third man came along who was with another phone company that rescue could be called to the scene."

The government will assist

There are already twelve cellphone towers on the table and thirty other locations are being considered. 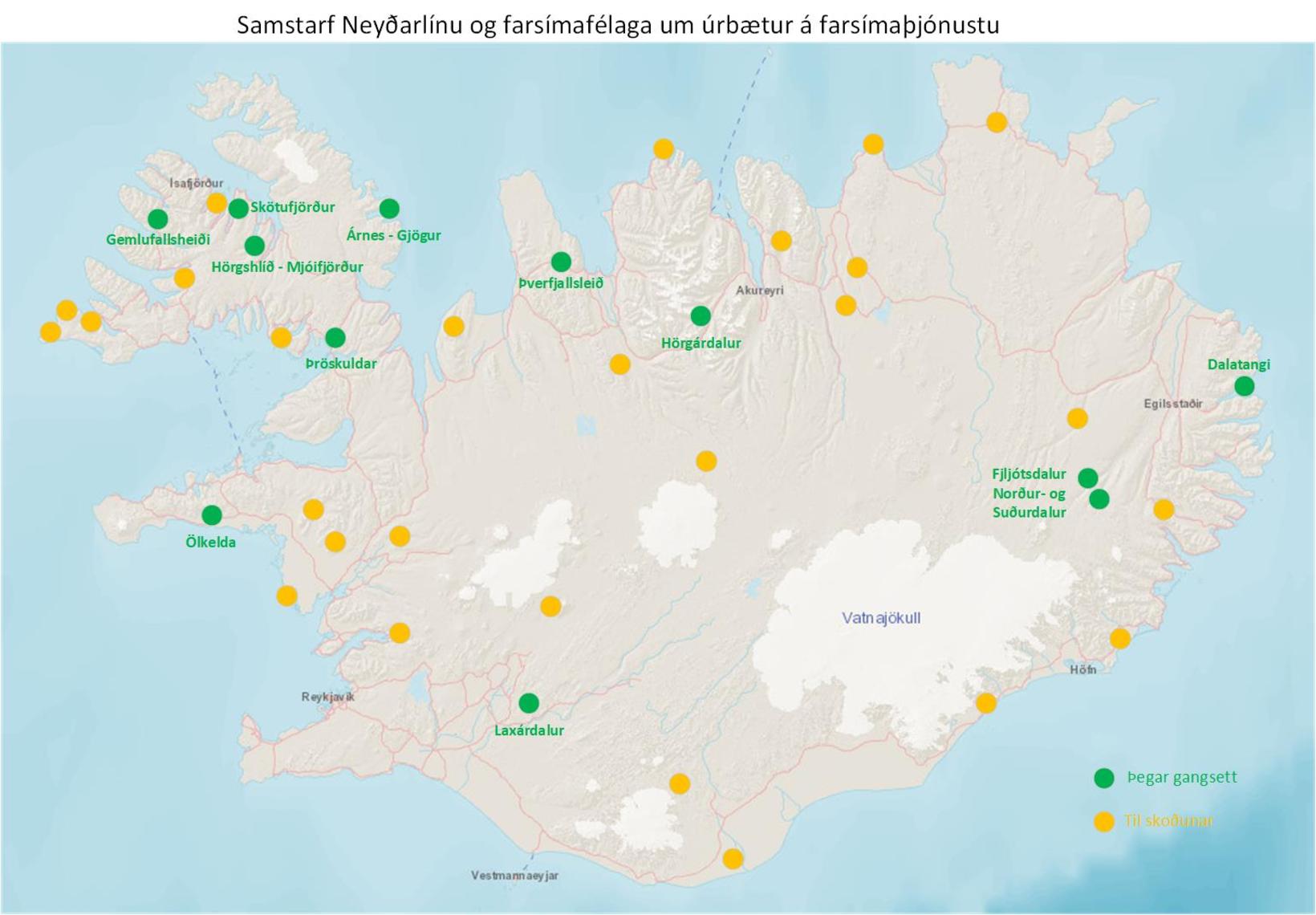 On this chart you can see the green dots that signify cellphone towers that have already been decided on. The yellow dots are being considered at the moment. Ljósmynd/Aðsend

Ólafsson says that it doesn't matter pricewise, whether the new cellphone towers will be 4G or 5G, so this cooperation could have a nice side benefit of adding more 5G coverage in the country. Another benefit is that all cellphone communications will improve in these areas, not just for emergency situations but just as much for regular phonecalls.

Four years in the making

"We have been working on this for four years and have all the licence we need and the technological issues have also been worked out. This is quite complicated technically, because we had to incorporate a specific standard called MOCN for all the companies."

MOCN is an acronym for Multi Operator Core Networks where the same cellphone tower can connect to multiple different cellphone companies thereby giving this possibility of a shared network in remote areas. "This will definitely improve the safety and give the public a better cellphone access all over the country."