The documentary “Do Both” about the female footballer Sara Björk Gunnarsdóttir and her return to football only four months after giving birth has been released on Youtube and the social media outlets of Puma who sponsors Gunnarsdóttir. She is playing for one of the best female teams in the world, Lyon in France, but has already decided to look for other venues in the near future.

The 12 minute long documentary shows Gunnarsdóttir’s athletic process while being pregnant and how she made it back to training at a top level in a very short time after she gave birth. The goal of the documentary  is to showcase a top level female athlete at these crossroads in life and it is meant to encourage other athletes and women to keep on working to make their dreams come true, even if they have children and form a family. 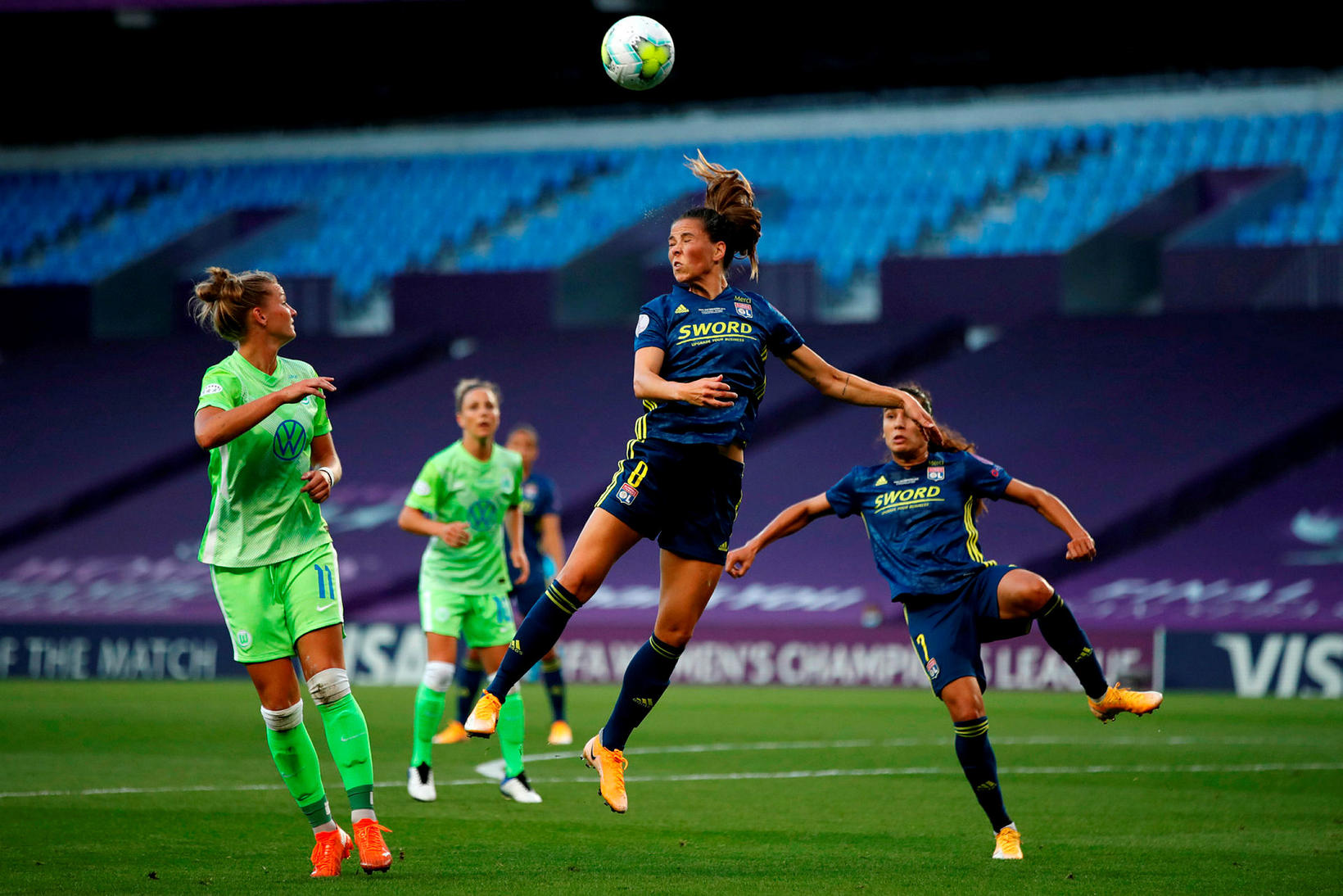 Sara Björk Gunnarsdóttir on the pitch with Lyon. AFP

Her family and friends mention in the documentary that Gunnarsdóttir was always very competitive from a young age and loved to win and hated to lose. The documentary highlights many of the issues facing all new mothers, but at the same time it emphasizes the spirit of still chasing your dreams and giving it your all.

“Everything about Gunnarsdóttir’s comeback to the pitch was amazing. We still do not get how she managed to get back into the game so fast and at this high level. I knew that she would come back and get into her former shape, but to watch her do that in record time was absolutely unbelievable,” says Marina Amorós, the Global Consumer Marketing Manager for the female football for Puma to mbl.is last Monday.

“A story that needed to be told”

Amorós says that Gunnarsdóttir laser focus and positive attitude was a revelation to her. “Gunnarsdóttir is one of the best female athletes we sponsor at Puma. She is playing for Lyon which is the best female football team in the world, and when she told us that she was pregnant we were a bit taken a back because it does not happen often that female athletes at this level get pregnant. We knew immediately that there was an opportunity to do something really special because of how she was talking and approaching this new reality in her life. There was clearly a story there that needed to be told. I just knew that this would be a success, and as you can see where she is right now. She is going to the finals with Lyon against Barcelona in the Champion League and after that going to the Euros this summer.”

Amorós adds that she had thought that the Euros in July might be a possibility and that Gunnarsdóttir could train with Lyon towards the end of the season. Then we were going to be ready, with cameras running. But when she approached us in mid March that she would be playing with Lyon the following weekend, we had to change plans and get filming immediately to finish the documentary.”

Sara Björk Gunnarsdóttir says she is happy if her story can be an inspiration for other female athletes and she is already getting a very positive feedback from women who have seen the documentary.

Here below you can watch the documentary about Gunnarsdóttir.