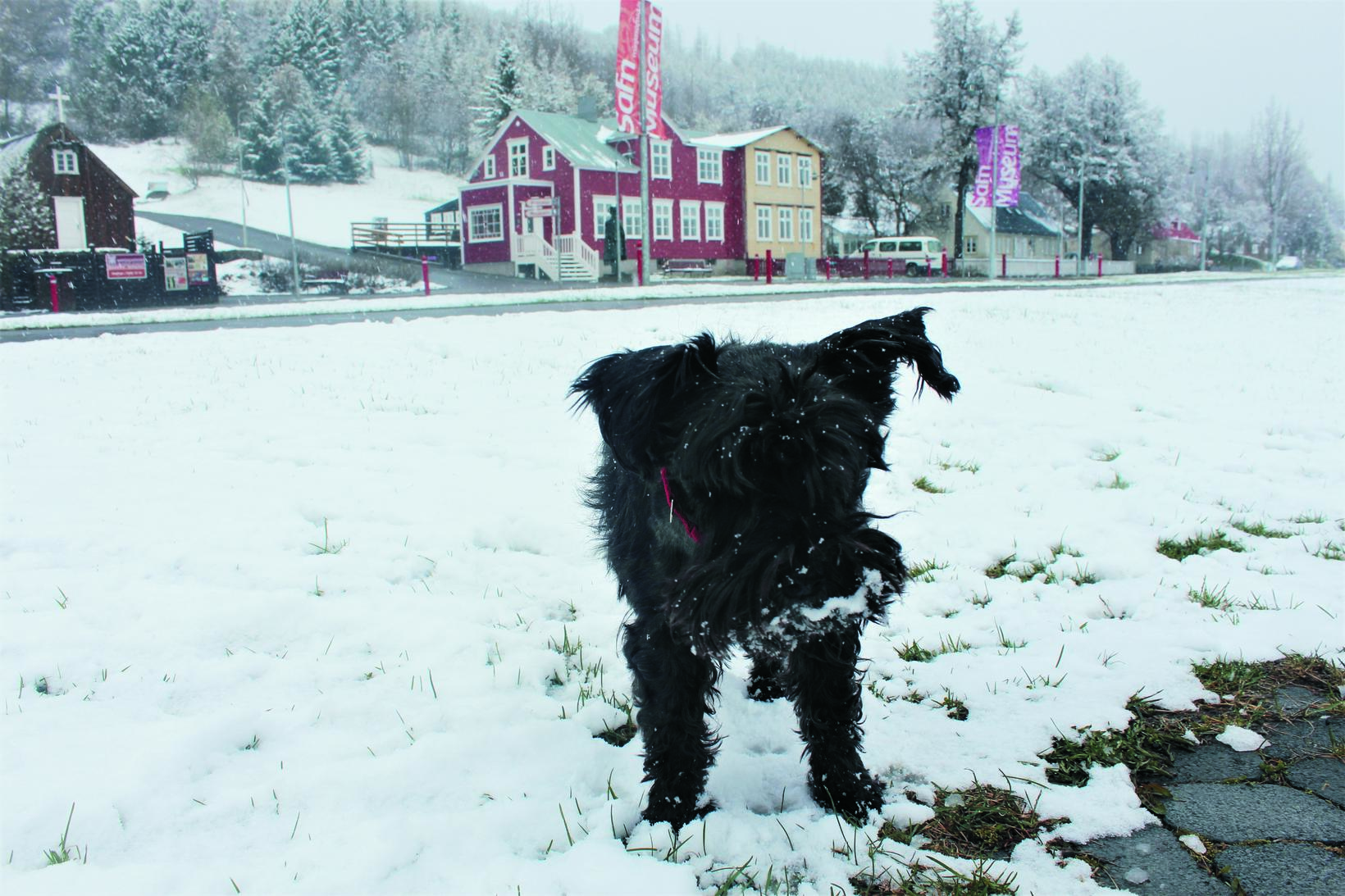 The dog Raven had fun in the snow in Akureyri yesterday. Morgunblaðið/Margrét Þóra

Residents in the North and East of Iceland were stunned when they woke up yesterday and looked out their windows seeing a wintery scene of white flurry snow on the ground. The first day of summer was two weeks ago so this situation has to be uncommon although not unheard of in Iceland.

Óli Þór Árnason, a meteorologist with the Icelandic Met Office said the cold weather was already in the charts. "It still gets very cool during the night, so a little snow can be expected in the morning, but by midday it should be cleared in most places except elevated areas." He still expects a little snow and rain in the northern and eastern part of the country for a couple of days, but it should be more like summer as soon as Friday and warmer weather is expected this weekend.

Unusual but can happen

"We need to survive the week and look forward to the weekend when the weather should be warmer," he said.

At this time of year the sun is powerful so even though a few days of snow are not unheard of in May, it is fairly uncommon and usually only for a short time, except in the mountains.