From the pool area. mbl.is/Sigurður Bogi

A total of 1,100 suggestions for the renovation of the Laugardalslaug swimming pool, Reykjavík, including ones from pool guests, have been received, Morgunblaðið reports. There are plans to begin the pool’s renovation next year, states Árni Jónsson, the pool’s director.

A diving pool, the world’s highest diving board, and more hot and cold tubs are among the suggestions.

“Swimming pools are unique places that characterize Iceland,” Árni notes. “Not only are they a source of health, but also an amazing phenomenon regarding social resources and their role in establishing connections between people.” 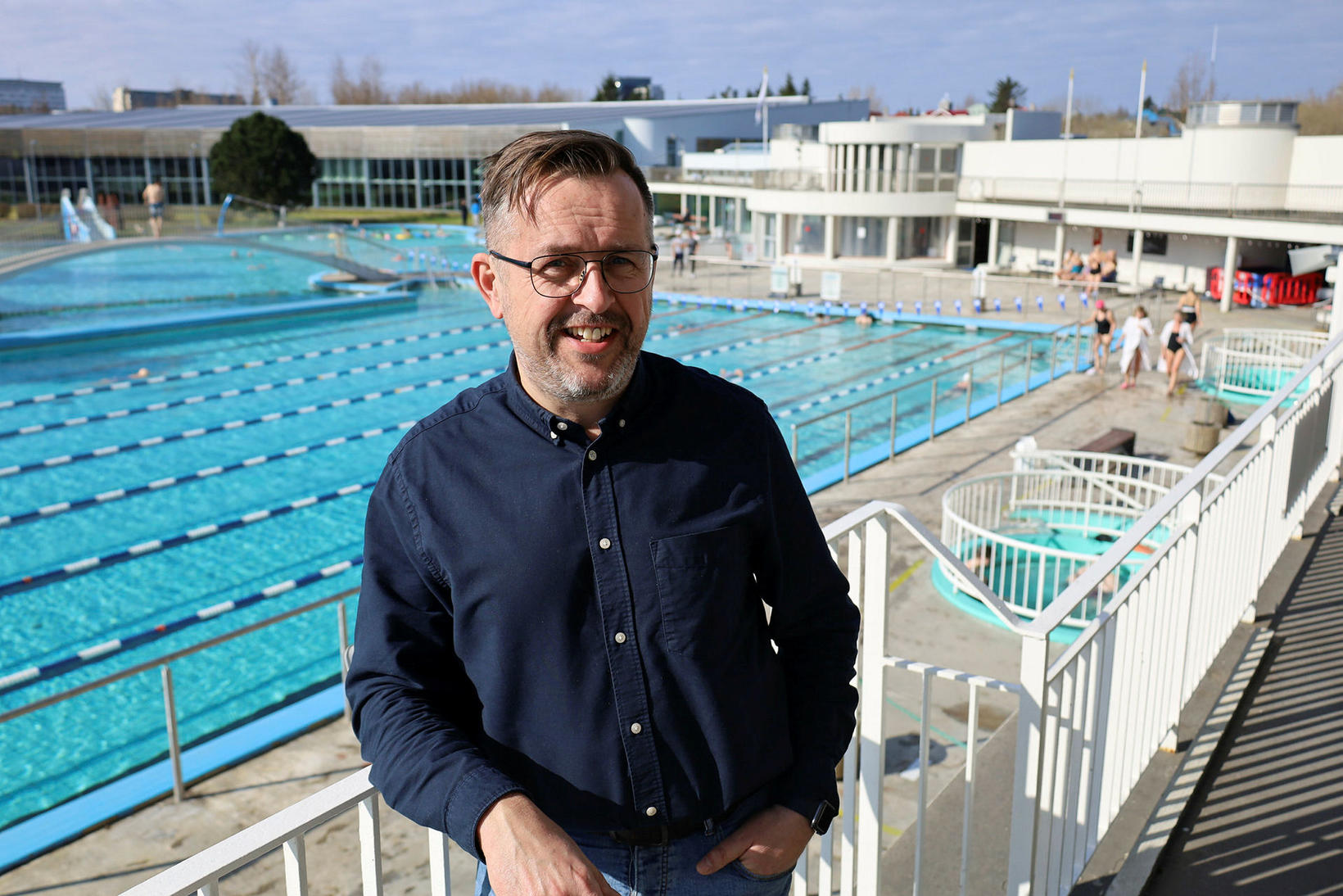 Árni has served as pool director for a year and has taken part in the preparatory work for the renovation, which has been on the agenda for a few years. The City of Reykjavík has already allocated ISK 2.5 billion (USD 19 million; EUR 18 million) to the project, which is likely to cost more than that.

The pool first opened in 1968, and much has been added to it since then. At present, the facility includes a 50-meter outdoor pool, a shallow pool for children, a 50-meter indoor pool, hot tubs, cold tub, steam bath and water slide.

The large outdoor pool needs replacement, as does its plumbing system and the grandstand — a unique architectural feature of the pool area. The grandstand, designed by architect Einar Sveinsson, has rarely been used as such since being built and mainly serves as a shelter from the north wind. It is quite dilapidated and the concrete it’s made of is full of cracks.

Suggestions for the grandstand include making it into a place where refreshments are sold, or possibly converting it into a cultural building, possibly including a library.

A contest for designers is ahead. The changes planned are so extensive that instead of talking about a renovation, one could call the project a completely new Laugardalslaug.

Forest Lagoon to Open in April