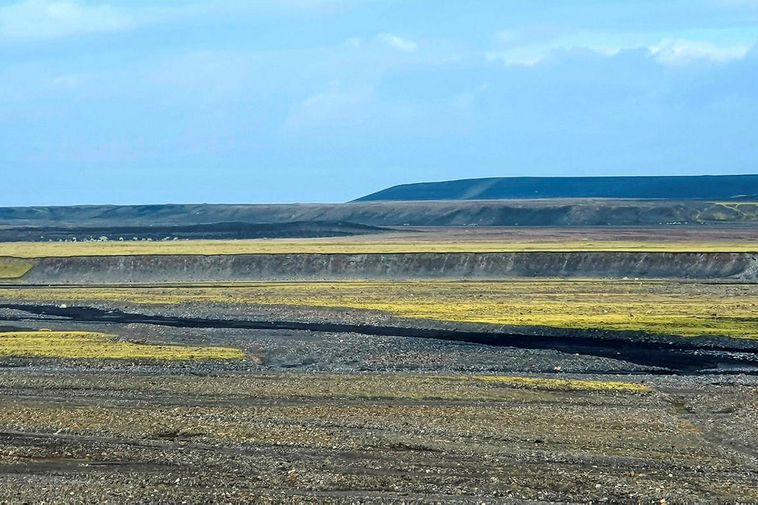 The German company EP Power Minerals, which is preparing to export pumice from the Mýrdalssandur outwash plain, South Iceland, is exploring the feasibility of building a harbor in Mýrdalssandur to facilitate the export, Morgunblaðið reports.

From Landeyjar in the west to Hornafjörður in the east, there is no harbor on the south coast.

EP Power Minerals (then called STEAG Power Minerals) purchased the 11,500-hectare Hjörleifshöfði property, which includes Hjörleifshöfði promontory, in November of 2020. It was reported in November of 2021 that there were plans to export 1.43 million m3 a year of pumice from there. The pumice was to be transported by trucks to harbor in the town Þorlákshöfn for export to Europe, using 30 large trucks

Einar Freyr Elísson, chairman of the Mýrdalshreppur district council, believes that transporting the pumice from a harbor in Mýrdalssandur would be an environmentally friendlier option. He is convinced a harbor would provide a great economic incentive for the community.

At present, there are plans as well to export sand from the beach to be used for sand blasting in Europe.

Sources tell Morgunblaðið that representatives of EP Power Minerals see the building of a harbor as a realistic option. Its location would likely be east of the village Vík í Mýrdal. Another alternative being discussed is building a small harbor and transporting the pumice on barges to a freighter.