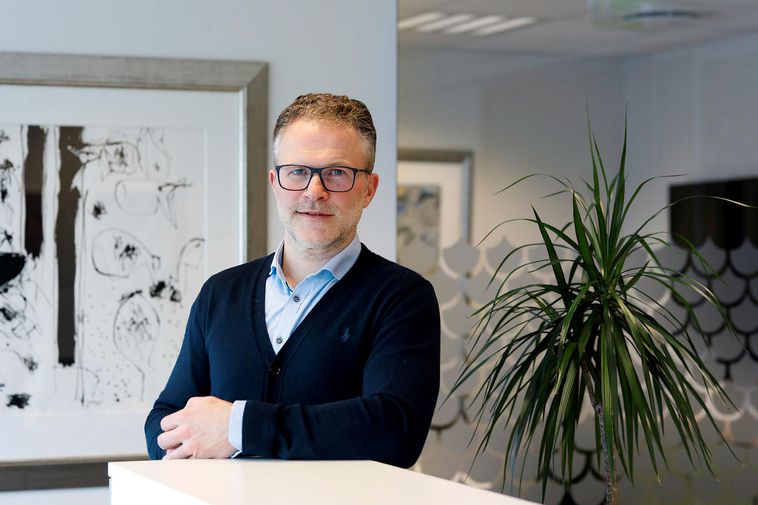 In light of the Icelandic government’s aim of making Iceland carbon neutral by 2040, the production of electric fuels, such as hydrogen and ammonia, must be sped up, Sigurður Ólason, managing direcot of Green Fuel, tells Morgunblaðið. The company plans to build the country’s first large-scale electric fuel factory at Bakki, Húsavík, Northeast Iceland.

“Green Fuel will produce hydrogen and ammonia, both of which are carbon free in production and use,” he states. These two types of electric fuel are the solution to the world’s climate problem and will contribute to Iceland’s ability to meet the conditions of the Paris agreement regarding reduced CO2 emissions. It would for example be a great advantage if the merchant and fishing fleets succeeded in converting from diesel to electric fuel.”

The ammonia Green Fuel plans to produce would suffice to power a third of the Icelandic fishing fleet, Sigurður states. In addition, the company plans to produce liquid hydrogen, which is a promising alternative for heavy goods transportation and domestic flight in Iceland. The goal is for production to begin at Bakki in 2024, provided contracts be approved.

For the first phase, 30 MW of electricity are needed, followed by an additional 70 MW for the second phase. The location at Bakki would provide access to the needed infrastructure, to a harbor and to sufficient electricity. Bakki is where the PCC BakkiSilicon metal smelter is located.

Sigurður explains that ammonia has a volumetric hydrogen density about 50 percent higher than that of liquid hydrogen: “You have the same volume, but the ammonia contains 50 percent more hydrogen than the hydrogen itself. For ships, this is therefore a promising alternative.” The development of ship engines that use ammonia is going well, he adds.

Icelandic parties have a 25 percent stake in Green Fuel, while 75 percent is owned by the British hydrogen producer Atome Energy PLC. Atome is already working on a similar project in Paraguay, only larger.

The amount of ammonia produced once phase two is in operation will be 105 thousand tons a year, or 300 tons a day. The number of employees needed is unclear, but there could be “tens of them,” Sigurður notes.

Moreover, Green Fuel is contemplating starting the production of fertilizer in Iceland. No fertilizer factory has operated in Iceland since 2001.