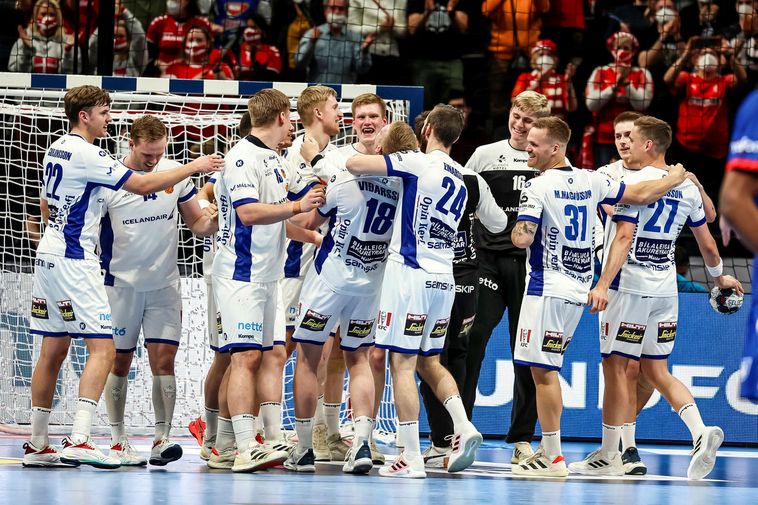 The Icelandic men’s national handball team will face Croatia today in the main round of the Men’s EHF EURO 2022 in Budapest, Hungary, Morgunblaðið reports.

The Icelandic team has performed very well at the tournament despite major obstacles. After winning its first three games in the preliminary round, the team lost to world champions Denmark 24:28 in the main round after six Icelandic team members had been infected with COVID-19 and had to be replaced.

On Saturday, with eight key Icelandic team members infected and replaced by younger, less experienced players, the Icelandic team surprised everyone by an amazing 29:21 win over Olympic gold medalists France. It was France’s biggest EHF EURO defeat ever. Already by half-time, Iceland had created a seven-goal lead.

“Of course, the great defence against France was also supported by probably even better goalkeeping by Viktor Hallgrímsson,” an article on the tournament’s website reads. “The usual backup to the Covid-infected Björgvin Pall Gustavsson showed perhaps the best game of his young career. The 21-year-old saved 44.1 per cent of shots on target, the best number amongst all keepers that faced at least 28 shots at the EHF EURO 2022.”

There was little time for celebrations, for an important game is ahead this afternoon against Croatia. The game starts when it’s 2:30 in the afternoon in Iceland (3:30 pm in Budapest), and you can be sure that many employees in Iceland will have a hard time focusing on their job until the result is clear. Don’t expect your emails to be answered during the game.

Iceland’s last game in the main round will be against Montenegro on Wednesday.