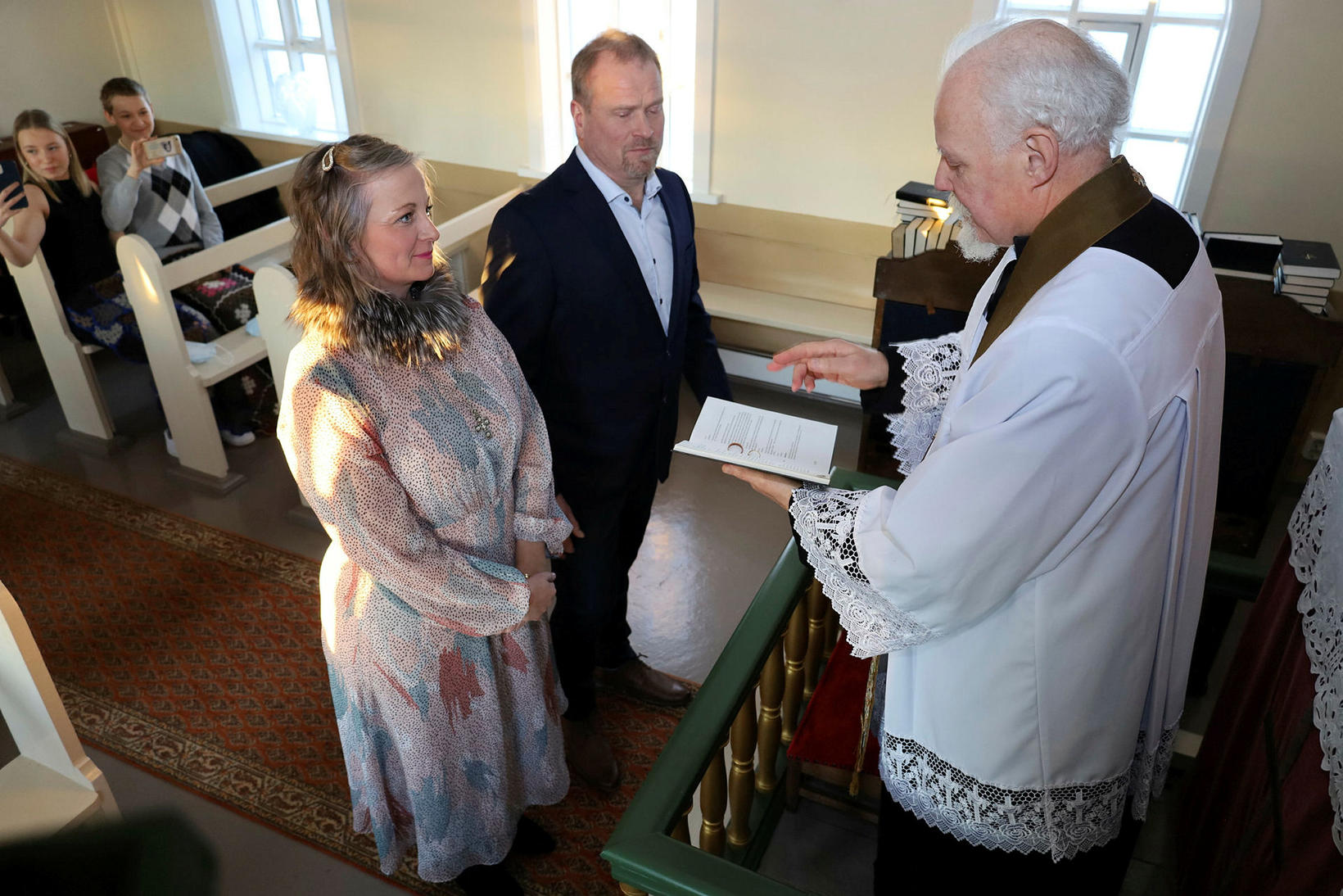 “Without the picture of Olga and Sædís being  published in Morgunblaðið , this adventure would not have happened. Your responsibility in the matter is great,” Torfi Guðlaugsson tells Morgunblaðið reporter Sigurður Bogi Sævarsson. 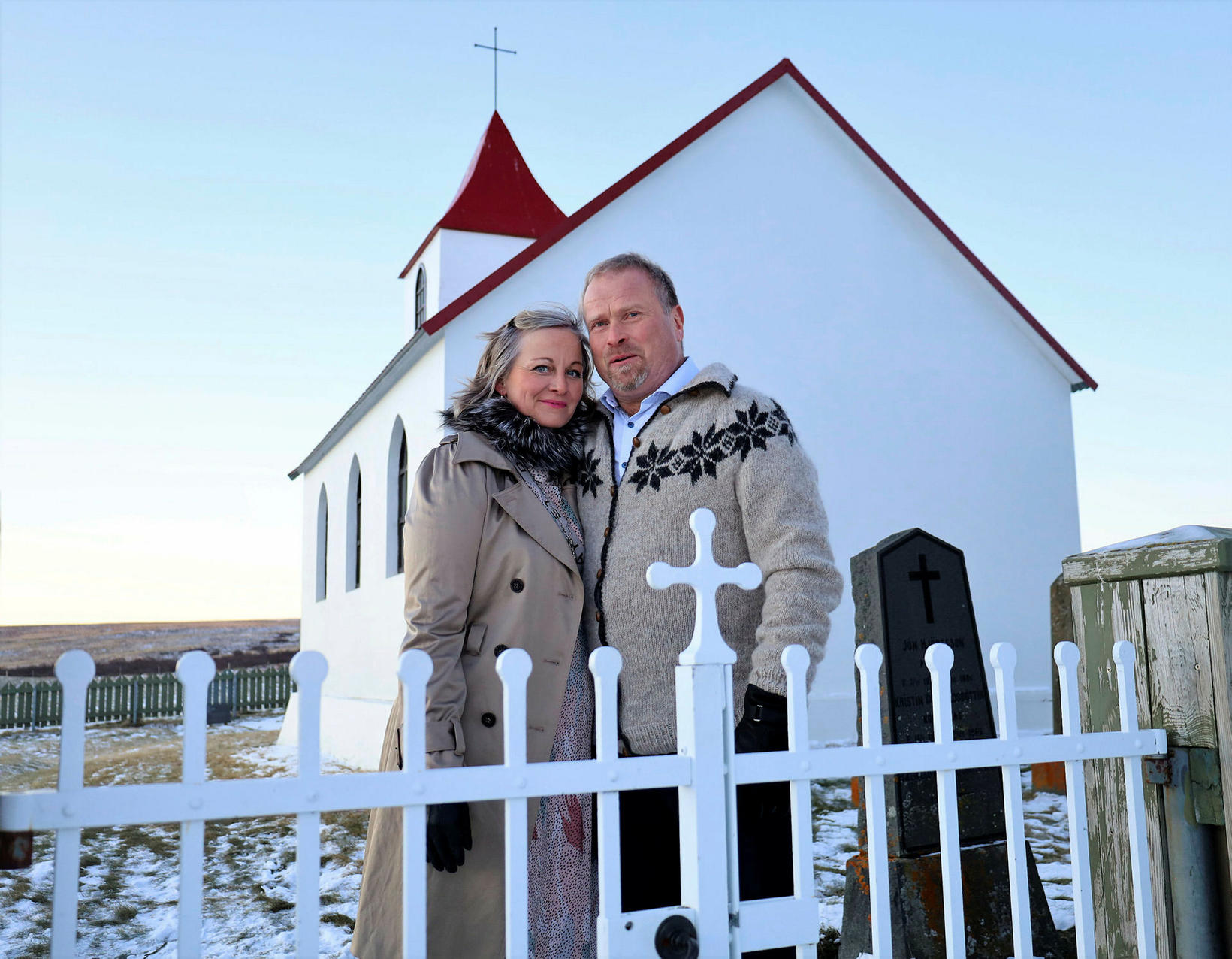 On December 30, Torfi and Olga Zoëga Jó­hanns­dótt­ir got married at Gilsbakkakirkja church in Borgarfjörður, West Iceland. They live on the farm Hvammur in Hvítársíða, Borgarfjörður. The minister who married them was Geir Waage. Among the few guests who attended the wedding ceremony was, of course, the reporter responsible for the romance. 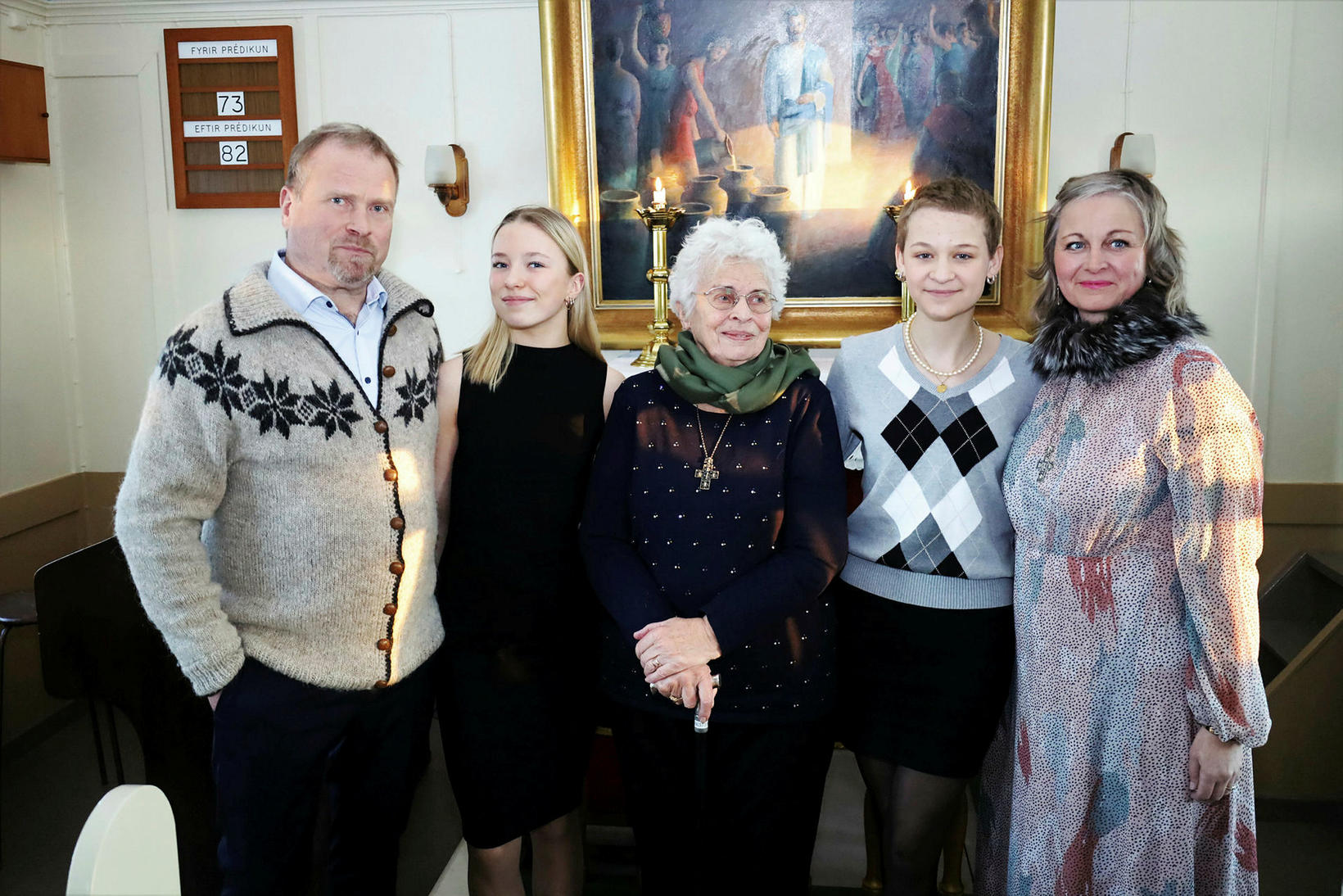 “I wasn’t looking for love, but it found me,” states Olga. This is how it all began: In the spring of 2013, she was hired by FÍ, the Icelandic travel association, to be the caretaker of a cabin, owned by the association, in the Strandir region of the West Fjords. She and her daughter, Sædís Myst, moved there in early June. Shortly thereafter, Sigurður Bogi, the reporter, traveled to Strandir and decided to conduct an interview with Olga, which was published in Morgunblaðið June 30, along with a picture Sigurður Bogi had taken. 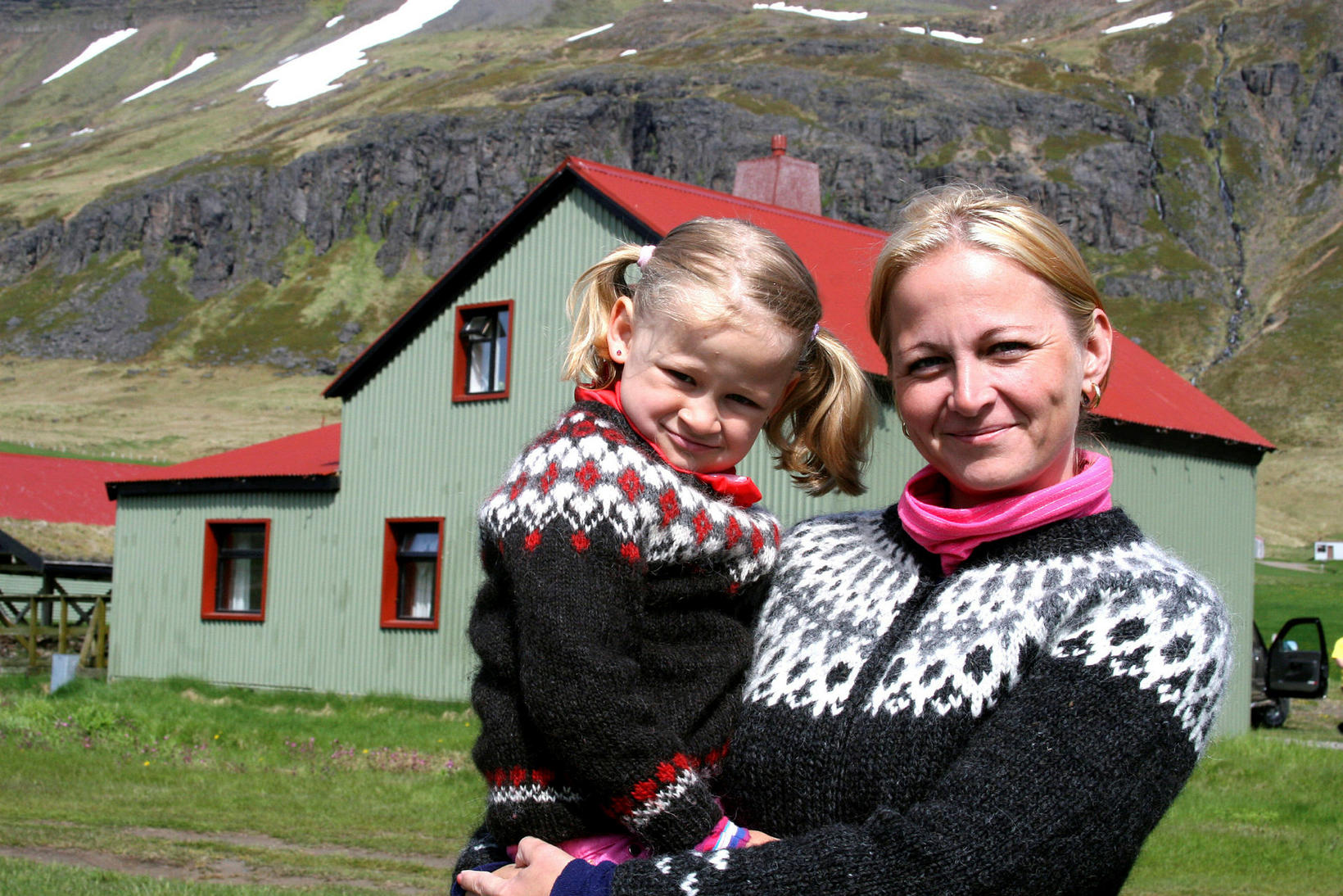 The picture, taken by Sigurður Bogi in 2013, that sparked Torfi's interest. mbl.is/Sigurður Bogi

Torfi, farmer at Hvammur, read the interview and found it intriguing. “And I found the woman good looking, and thought it would be interesting getting to know her.”

In August, he went to the West Fjords, where he had to transport an axle. He showed up at the cabin and asked if he could take Olga to a dance. It was, after all, the Merchants’ Weekend — a long weekend when most of the nation likes to go dancing. 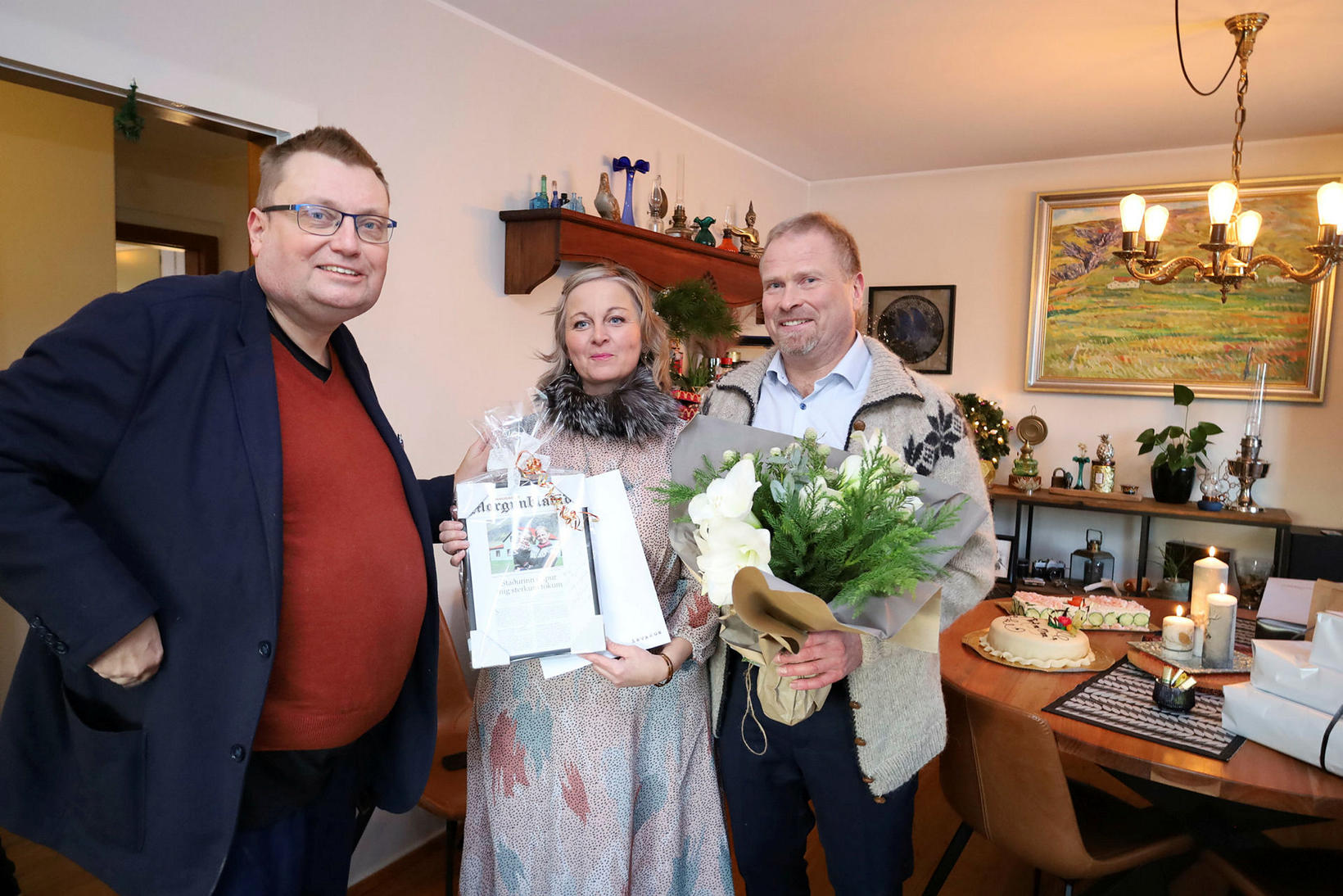 Reporter Sigurður Bogi, bringing the couple flowers, subscription to Morgunblaðið, and a printout of the fateful interview. mbl.is/Sigurður Bogi

“I hadn’t planned to go dancing, and I didn’t know who that man was, but since I had the evening off, I decided to accept the offer,” she relates. She danced with him and a few others and went back home.

“The next day, Torfi returned and asked if he could get her phone number in exchange for his own. By then, a few choir members of Söngfjelagið, who were staying at the cabin, had spoken well of Torfi and described him as a good man. I myself realized that he was a gentleman of the old school and a good person.”

Shortly thereafter, Torfi gave Olga a call, and the rest is history.