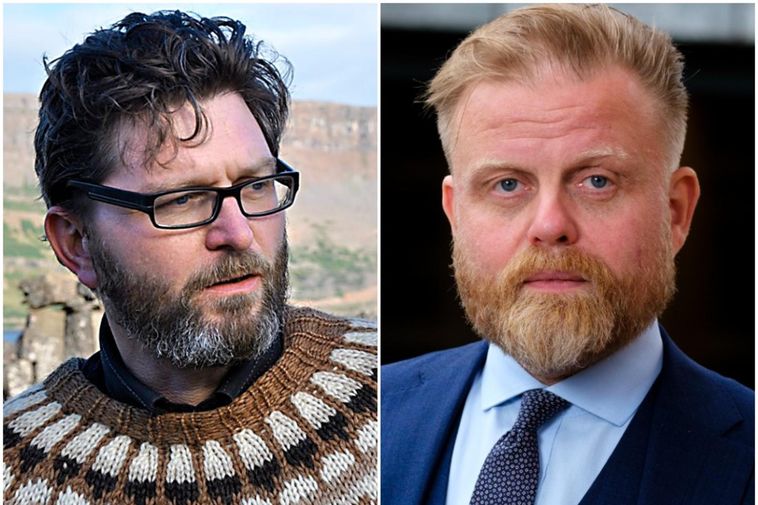 Writer Bergsveinn Birgisson has accused the governor of the Central Bank of Iceland, Ásgeir Jónsson, of plagiarizing his work, mbl.is reports. Ásgeir’s book Eyjan hans Ingólfs (‘Ingólfur’s Island’) just came out, the subject of which is the settlement of Iceland, seen through the eyes of an economist. Bergsveinn accuses Ásgeir of plagiarism in an article he sent to visir.is, published on Wednesday.

Bergsveinn is the author of a book on the settlement of Iceland, published first in Norway in 2013 under the title Den svarte vikingen and three years later in Iceland titled Leitin að svarta víkingnum (‘The search for the black Viking’). He claims that Ásgeir in his work uses hypotheses set forth in Bergsveinn’s work without ever mentioning his name, neither in the primary text nor in footnotes.

“Although hypotheses set forth in my aforementioned works echo widely in Ásgeir’s book,  they are not mentioned anywhere by name, neither the Norwegian nor the Icelandic version of the book, although the author mentions various works in his footnotes.”

Ásgeir responded to the accusations the same day, by issuing a statement, saying, “I’m very surprised by Bergsveinn Birgisson’ accusations of plagiarism, which have emerged. My response is that I did not use Bergsveinn’s book in my writing.” He adds that numerous historians have described the beginning of the settlement as a society of hunters, and that as far as he knows, that has become an acknowledged view of history.

“That is what is discussed at the beginning of my book Eyjan hans Ingólfs, and my view has never been that I was contributing something new in that regard,” he notes. He explains that the book is otherwise an analysis of the settlement with a focus on economic history, emphasizing the ties to Hebrides and the establishment of the country’s institutions leading up the foundation of Alþingi .

“The main focus is on commerce and trade, followed by the establishment of institutions in the country in a wide context. Therefore, I firmly deny Bergsveinn’s accusations,” he concludes.

In the shadow of the accusations, the University of Iceland Centre for Medieval Studies postponed a lecture scheduled yesterday afternoon, where Ásgeir was to have introduced his new book.

Bergsveinn’s accusation will be discussed at a meeting of the University of Iceland’s ethics committee on Monday, mbl.is reports, quoting Fréttablaðið. Processing such a case can take up to six months.

The ethics committee was appointed two years ago to handle cases such as this one, but so far, it has not been operating, due to a lack of funding.