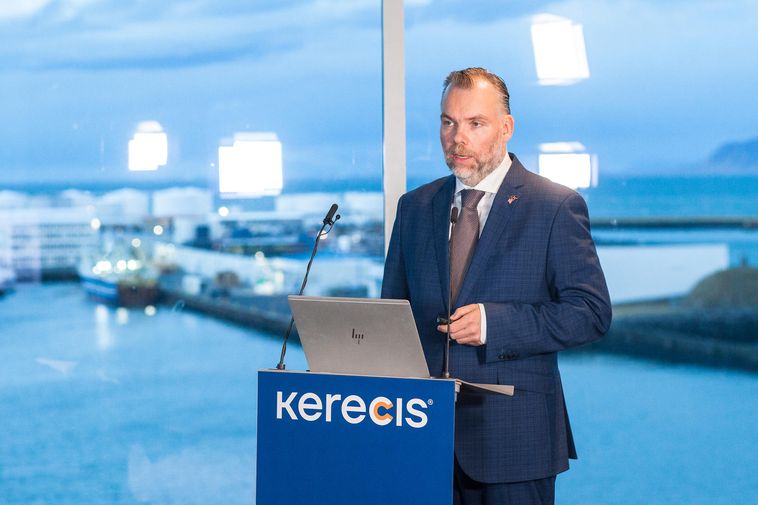 The Icelandic biotech company Kerecis, known for developing fish-skin products to heal human wounds, intends to list abroad in the near future, either in Sweden or in the US, Morgunblaðið reports. That was confirmed by Guðmundur Fertram Sgurjónsson, the company’s CEO and founder.

The company, founded in 2009, has about 250 employees in a few countries. Its earnings amount to about USD 30 million this year, or the equivalent of ISK 4 billion.

Last Friday, Kerecis invited shareholders to a confidential meeting at the Hilton Reykjavík Nordica Hotel, where the company’s future plans were presented. According to Morgunblaðið’s sources, the company’s consultants and its board members believe Kerecis will be listed, based on an estimated value USD 600-700 million, or the equivalent of ISK 80-90 billion.

The earnings of Kerecis have on average increased by nearly 100 percent a year for the past five years.

Leading up to being listed, Kerecis aims at providing USD 40-80 million in new share capital to support the operation. Morgunblaðið’s sources report that Kerecis is engaged in negotiations regarding the purchase of a US firm, the name of which remains confidential.

About 160 investors own shares in Kerecis. Only two Icelandic pension funds are among the shareholders — Lífeyrissjóður Vestmannaeyja (Vestmannaeyjar pension fund) and Lífsverk.

As a young man, Guðmundur Fertram worked at a fish processing plant in Ísafjörður, the West Fjords, where Kerecis is presently based. Decades later, when he knew he wanted to develop something related to healing wounds, he reflected on how similar fish skin was to human skin: elastic, thin, rich in fat and permeable. That’s when the idea was born to use fish skin for healing.

Presently, the products Kerecis makes from cod skin are used to treat various wounds, among them those of diabetics.

The company is currently developing  products intended for dental implants, for reconstruction following mastectomy,  for joint reconstruction, and more.