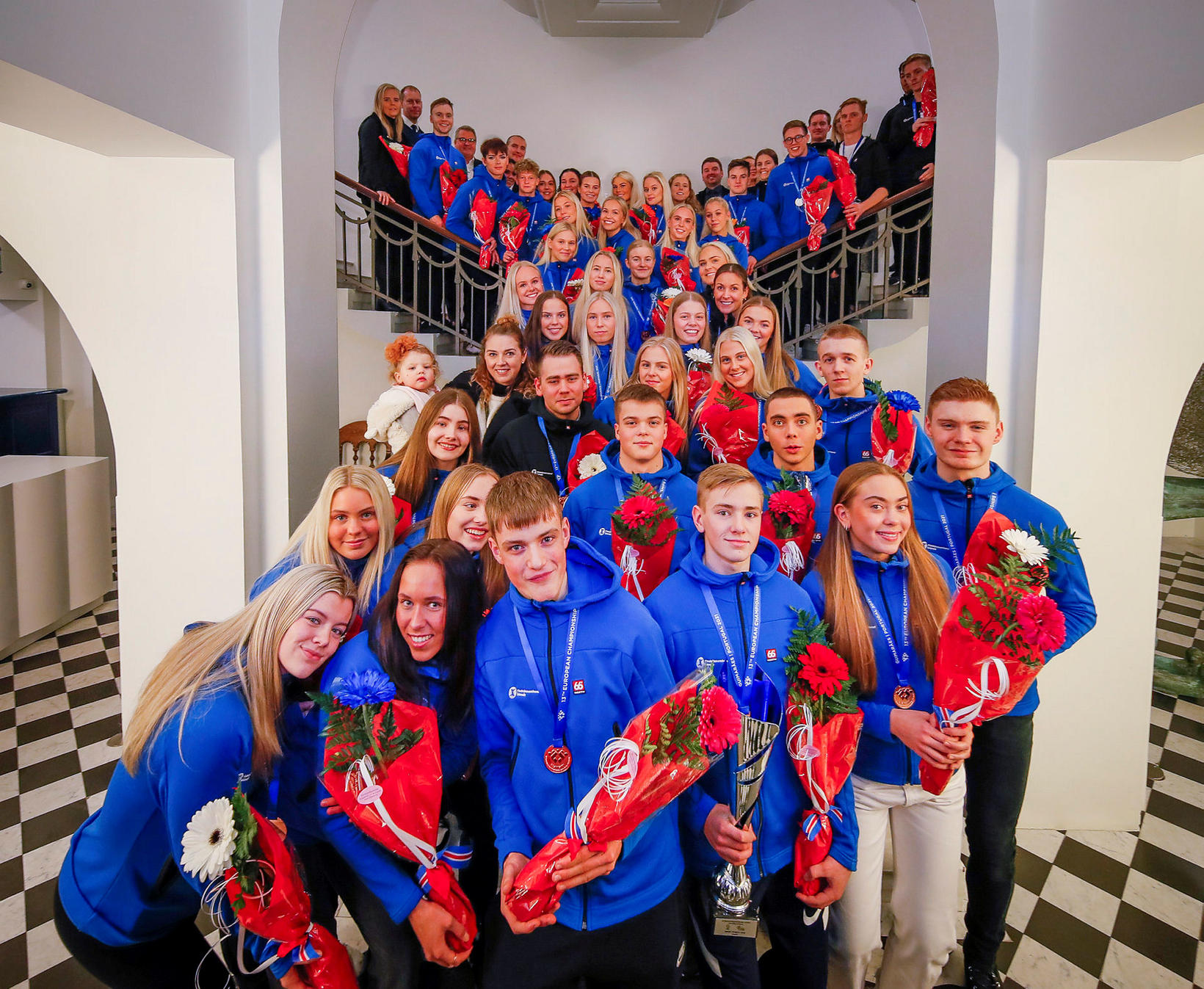 The Icelandic national gymnastics team was well received at the Culture House in Reykjavík yesterday, when it brought home the gold and silver from the 2021 European Championships in TeamGym, which concluded Saturday in the city of Guimaraes, Portugal.

The Icelandic women earned the gold after a tight battle against Sweden. The last time Iceland won the gold was in 2012. As for the men, they brought home the silver, being second only to their Swedish counterparts. 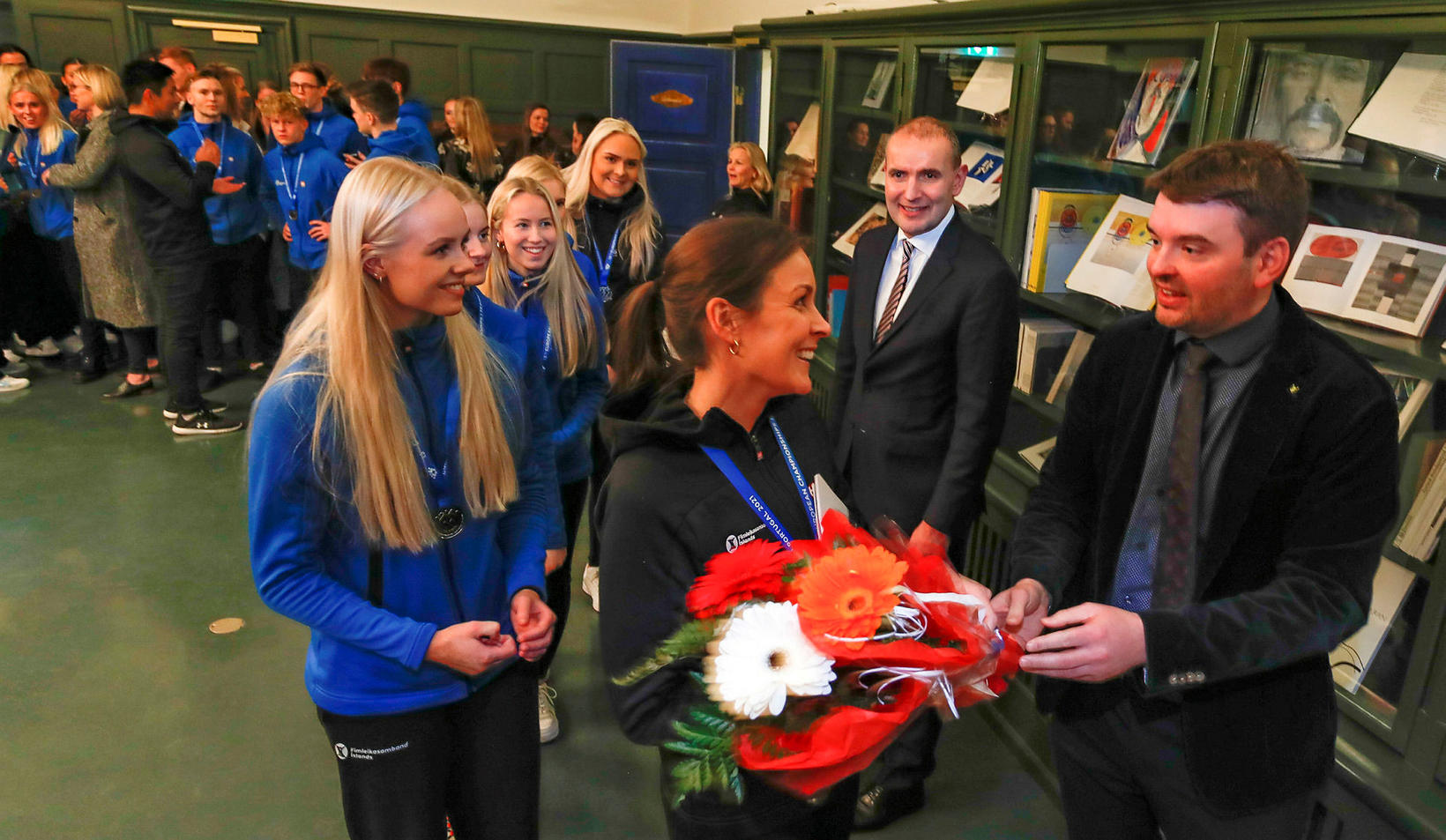 Receiving bouquets of flowers from the president and the minister of education. Photo/Árni Sæberg

In addition, three representatives from Iceland were selected for the championship’s All Stars Team, and for the first time ever, Iceland had a representative in the competition for the most talented contestant.

Minister for Education and Children’s Affairs Ásmundur Einar Daðason hosted yesterday’s reception, at which President of Iceland Guðni Th. Jóhannesson spoke. The president warmly congratulated the contestants, their coaches and others who have stood behind the team, on their fantastic performance.