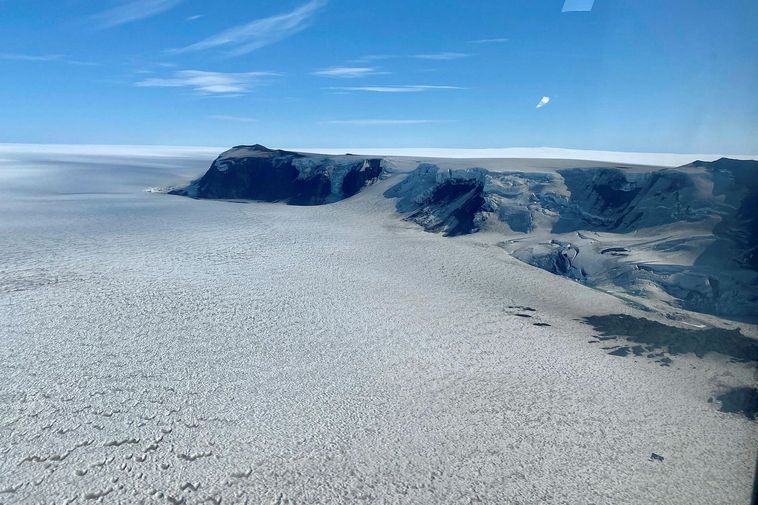 A glacial outburst flood, a.k.a. jökulhlaup, appears to have begun in Gígjukvísl river, originating in the Grímsvötn volcanic area, located under the ice cap of Vatnajökull glacier, mbl.is reports. For this reason, the national police commissioner, in consultation with the South Iceland chief of police, has declared a civil protection uncertainty phase for the area.

Electrical conductivity and discharge have been increasing, suggesting that water from Grímsvötn has traveled to the edge of the glacier.

The glacial outburst flood has been expected since November 24, when data first suggested that the ice cap over Grímsvötn had started subsiding. Since then, the ice cap has subsided as much as ten meters.

Infrastructure is not believed to be at risk, but flood waters will flow under the bridge over Gígjukvísl river on Ring Road 1.

Travelers are asked not to go near the source of the flood by the edge of the glacier, due to a risk of gas pollution.

The flood is expected to peak on Sunday, according to a prediction model made by the glacial research team of the University of Iceland Institute of Earth Sciences.

Einar Hjörleifsson, natural hazards specialist at the Icelandic Met Office, tells mbl.is that the maximum discharge will likely be 4,000 m3/sec. That is less than scientists estimated last week, when they put the figure at 5,000 m3/sec. He does not rule out a volcanic eruption in the wake of the flood.

“When all this water rushes forth, there is an immense drop in pressure,” he remarks, “and that’s a scenario we keep in mind and monitor with all our instruments.”

Such a reduction in pressure on top of the volcano has triggered eruptions in the past, most recently in 2004. Grímsvötn is Iceland’s most active volcanic system in Holocene time, that is, for the past 11,700 years.