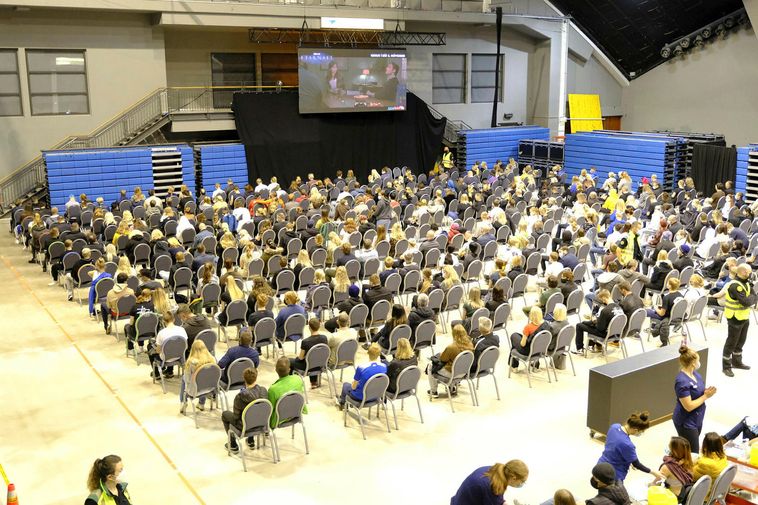 Laugardalshöll sports center, Reykjavík, is ready to receive a total of 120,000 people for booster shots against COVID-19 for the coming four weeks, Morgunblaðið reports. The vaccines to be used are from Pfizer and Moderna. The goal is to vaccinate a total of 160,000 people nationwide by Christmas.

Chief Epidemiologist Þórólfur Guðnason has stated that data indicate booster shots could make it possible to create herd immunity against the disease. Ten thousand people will be vaccinated a day on Mondays, Tuesdays and Wednesdays for the coming four weeks.

The first groups to receive a text message about an appointment are aged 60 and older, as well as people with underlying conditions. Six months must have passed since the second shot was received.

Those unable to come at a prearranged time will be able to show up later. “As long as you have received a barcode, you can just show up,” states Ragnheiður Ósk Erlendsdóttir, CEO of nursing at the Capital Area Health Clinics. You must let two weeks go by from the time you get a regular flu shot until you get a COVID-19 booster shot.

Side effects of the booster shot are expected to be similar to what they were from the second shot, Ragnheiður states.

Between 50 and 60 people will be working in Laugardalshöll every day vaccinations are being offered. Those are healthcare workers, police officers and paramedics.