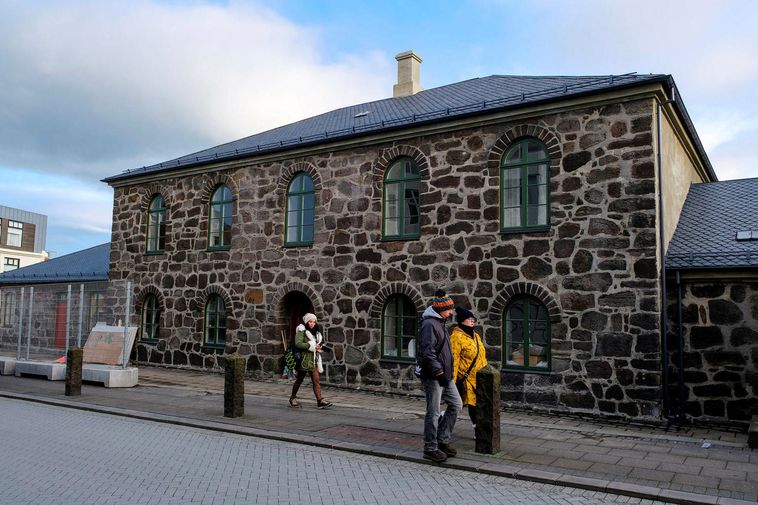 The newly renovated former prison on Skólavörðustígur, Reykjavík, was finally revealed Tuesday night after being hidden from view by fences, scaffolding and plastic since the middle of last year. The building, constructed in 1872, served as prison until June 1, 2016.Originally, it had 16 prison cells.

The building, designed by the master builder C. Klentz, was built of rocks of lava. Master builder Bald oversaw the construction. For decades, its upper floor housed the offices of the Supreme Court of Iceland until they moved in 1947. It was protected as of 1978.

Prisoners rarely escaped from the building, according to a 2016 article on mbl.is. The last escape occurred in 1993, when three prisoners sawed a bathroom window bar apart with the blade of a hacksaw. They were quickly recaptured.

In Iceland, we have an idiom for ‘landing in prison.’ We call it ‘að lenda í steininum,’ or literally, ‘to land in the stone,’ — terminology derived from the fact that the building is made of rocks.

No decision has been announced regarding what kind of operation is planned in the building, the outside of which has been completely renovated by Minjavernd.