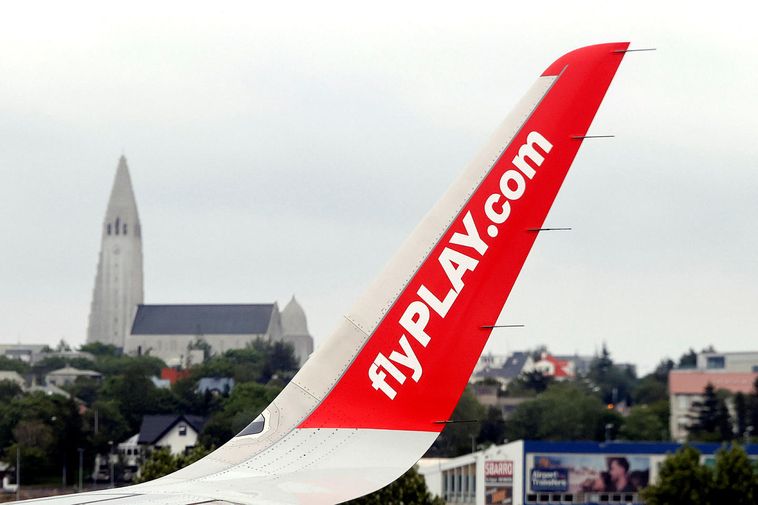 Pilots and flight crew members of the Icelandic airline Play, which began operation in June, have been offered to accept up to a 50 percent reduction in employment ratio in exchange for being offered permanent employment this winter, Morgunblaðið reports.

The proposal was introduced at an online meeting with employees on Wednesday last week.

“Actually, I didn’t attend the meeting,” states Play CEO Birgir Jónsson, “but it is important to note that this idea did not come from management, but from within the group. Management never sat down to say that we had to cut back, for we’re far from doing so.”

He adds that it was discussed at the meeting how to ensure jobs for more employees this winter and thereby prevent them from becoming unemployed.

“Instead of having those who are hired through the end of summer quit this fall and return in the spring, the idea presented was to have those who could and wished to accept a lower employment ratio.

As a result of the COVID-19 pandemic, Play had to cancel 14 flights in September, resulting in overmanning.

By increasing the number of employees with permanent employment, the airline would be able to add services faster as demand increases anew in the new year. The plan is to enter the US market in the spring, which will require all available employees.

“Everything we’re doing now is only preparation for the coming spring, and we’re training the crew members for the US,” Birgir states.

He is pleased with the result of last week’s meeting and states that the idea was generally well received.

The airline has 53 employees at its office, all but two working full-time.

The story has been corrected.