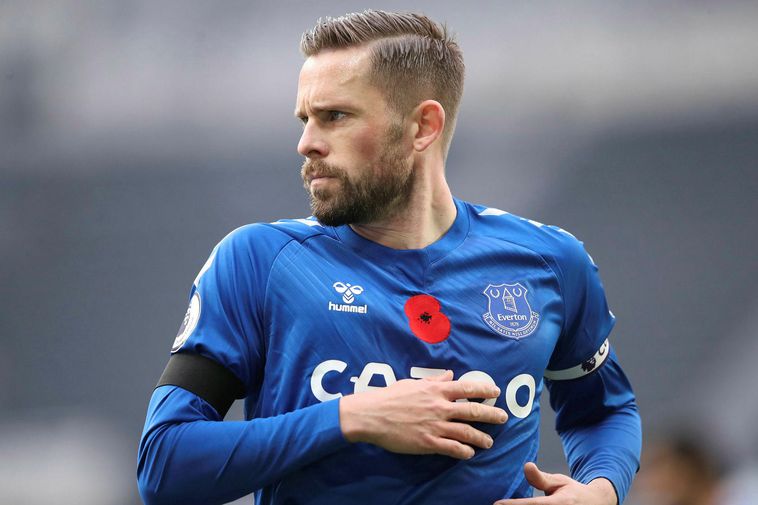 Gylfi Þór Sigurðsson has been with Everton since 2017. AFP

British news outlets have covered the story but due to legal reasons they have not printed the name of the player. They have however described the footballer by his age, marital status, and that he plays for a national football team.

Everton had a practice match last weekend with Mr. Sigurðsson absent. Everton has confirmed that one of their first-team players has been suspended pending a police investigation and media has reported that an Everton player was arrested last Friday and later released on bail. Police interrogated the footballer earlier this month and also searched his home, confiscating some items.

Mbl.is has been unable to reach Mr. Sigurðsson for this developing story. ai@mbl.is