Get Ready to Fight the Biting Midges 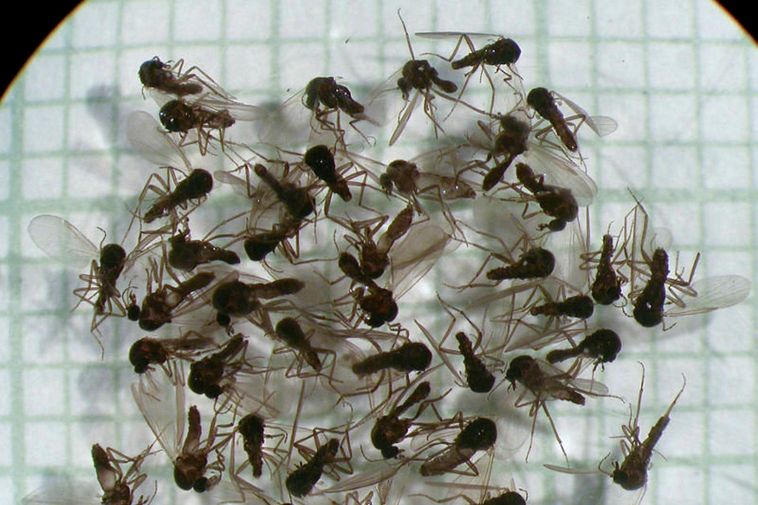 Numerous Icelanders traveled during the past weekend, which was warm and sunny. Many returned home considerably less attractive than they left, having proven a great attraction to biting midges. In other words, they were covered in bites from the tiny flies that first invaded the country in 2015.

In an average year, biting midges first become a pest in mid-June, but since we had a cold spring, they have only recently started to annoy us, Morgunblaðið reports. They have not yet spread to every part of the country and have so far spared the capital area, but are common in Fljótshlíð, South Iceland, in West Iceland and in Eyjafjörður fjord, North Iceland, including Akureyri.

The flies, which are only 1-3 mm in size, are the most active when the wind is calm and tend to bite around dawn and dusk and throughout the night. They make their way into houses and bite the sleeping victim. Access is easy, because in Iceland, windows and doors generally don’t have any screens. Oftentimes, people wake up with dozens, even hundreds, of bites that itch. Sometimes, the bites get swollen and turn into blisters.

To prevent an overnight attack, screened windows are recommended, and it helps, too, to keep an electric fan running in the bedroom overnight. Lavender is believed to help repel the flies, and a variety of sprays is recommended for keeping them away.

Once the damage is done and you need to treat the bites, various advice is given, including applying a mild steroid cream with 1 percent hydrocortisone, using allergy medication, applying the root of a lupine, toothpaste or a hot spoon to the bites, or taking a hot shower or steam bath.