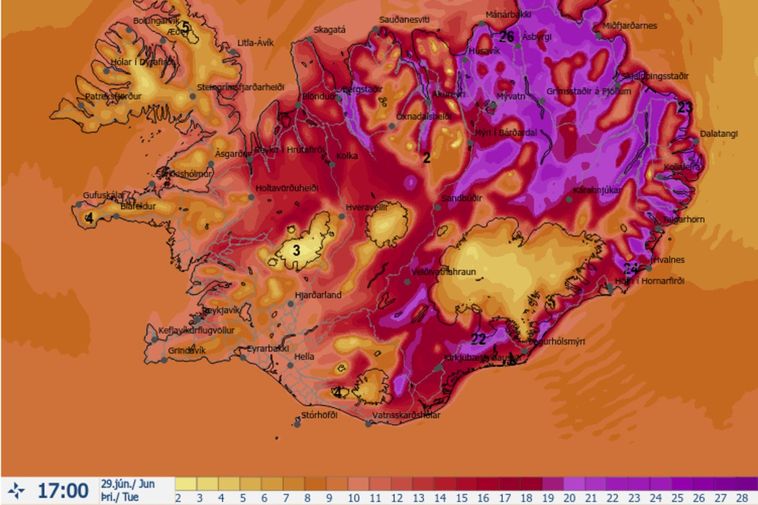 Very warm weather is forecast in East Iceland today and tomorrow, mbl.is reports.  In the town Egilsstaðir, the temperature could reach up to 26°C (79°F), according to the Icelandic Met Office.

Meteorologist Einar Sveinbjörnsson believes it could get even warmer than that.

“How warm will it get [today and tomorrow]?” he asks on the website blika.is. “My guess is up to 28 or 29°C [82-84°F]. The forecast calls for cloudy skies and limited sunshine, but partly cloudy [tomorrow]…This will surely be an attempt at setting a national heat record, but in my opinion that attempt will not be successful.”

A southerly gale is forecast in those areas with wind gusts of 30-35 meters/second. The strong wind could be hazardous for vehicles susceptible to wind, such as ones with trailers.