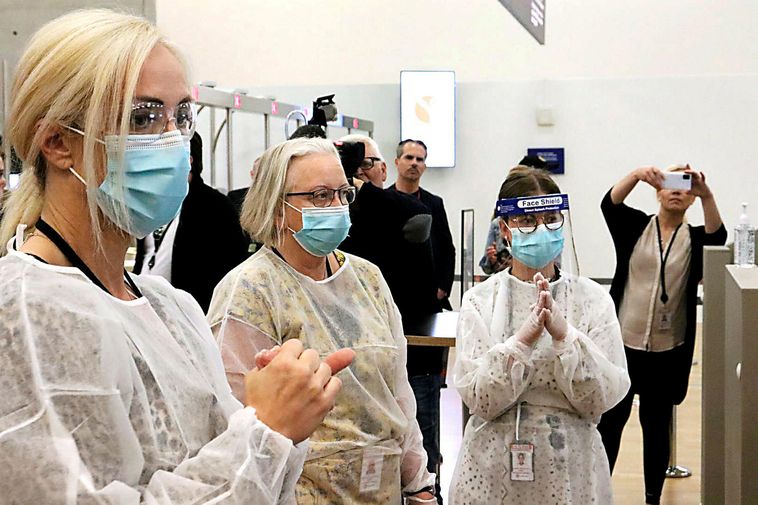 About a thousand passengers are expected to arrive by air in Iceland tomorrow – the highest number in many months - causing concern of a potential bottleneck in the analysis of PCR tests for COVID-19, mbl.is reports.

According to Fréttablaðið, Landspítali National University Hospital will not have the capacity to analyze this many tests.

“Tourist numbers are rising faster than forecasts we had received assumed,” Chief Superintendent Víðir Reynisson tells Fréttablaðið. Experts are analyzing how to best respond during the days when the number of arriving tourists will be the highest this summer. When asked what effect delays in analysis could have, Víðir responds that the time spent in quarantine waiting for the results could get longer.

At a press conference yesterday, Chief Epidemiologist Þórólfur Guðnason stated that the main concern regarding the state of the pandemic in Iceland right now is the rising number of tourists. He explained that their numbers were rising faster than expected since the country was opened up for vaccinated or previously infected tourists from outside the Schengen Area. Most of those tourists, Þórólfur stated, come from the US.

“According to information from border guards, roughly 3,000 tourists or individuals arrived in the country last week, 680 of whom stayed at a quarantine facility, or more then 20 percent,” Þórólfur explained. About 1,500 – mainly from the US - presented certificates of prior infection or vaccination for COVID-19. Þórólfur added that in the coming days and weeks, the number of arriving tourists was expected to rise even more.

“Our capacity to analyze tests will be stretched to the limit,” he admitted. “At present, we’re able to analyze a total of 3,000-4,000 tests a day, at the border and domestically combined.

This, he noted, called for some sort of change to work procedures at the border, which hopefully would not hamper our efforts to protect the country against the pandemic.

“Even though vaccinations are proceeding well here,” Þórólfur continued, “we haven’t reached a point of a good herd immunity able to prevent a major pandemic. For that to happen, at least 60 to 70 percent of people would have to have received at least one shot.”