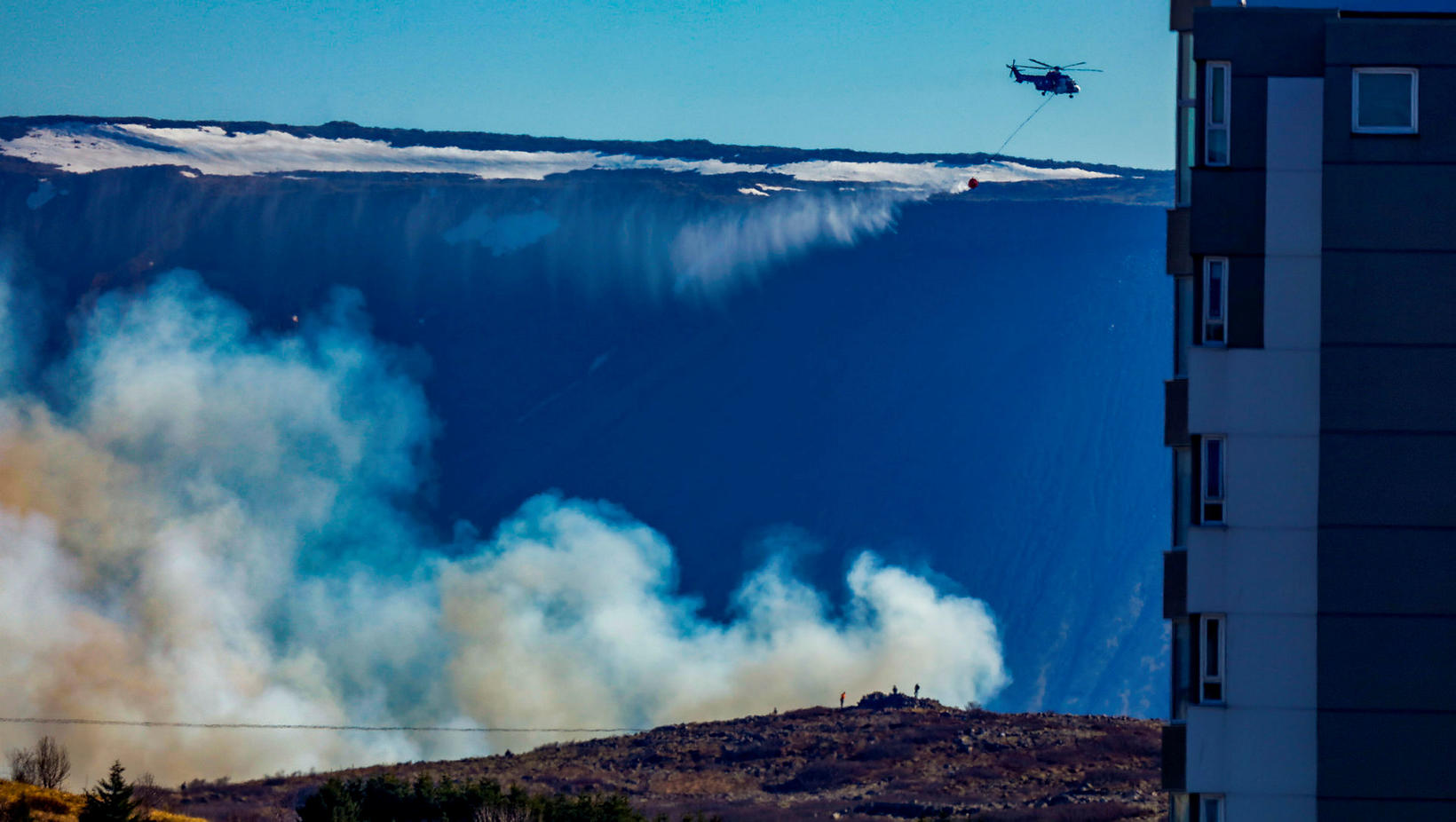 About 80 firefighters in the capital area fought a wildfire in Heiðmörk, the municipal conservation area of Reykjavík, yesterday afternoon and into the early morning hours, mbl.is reports. The fire is thought to have consumed at least five hectares (12.5 acres) of forested land, where shrubs and pine trees grow. Numerous police officers, rescue workers and other first responders took part in the effort. 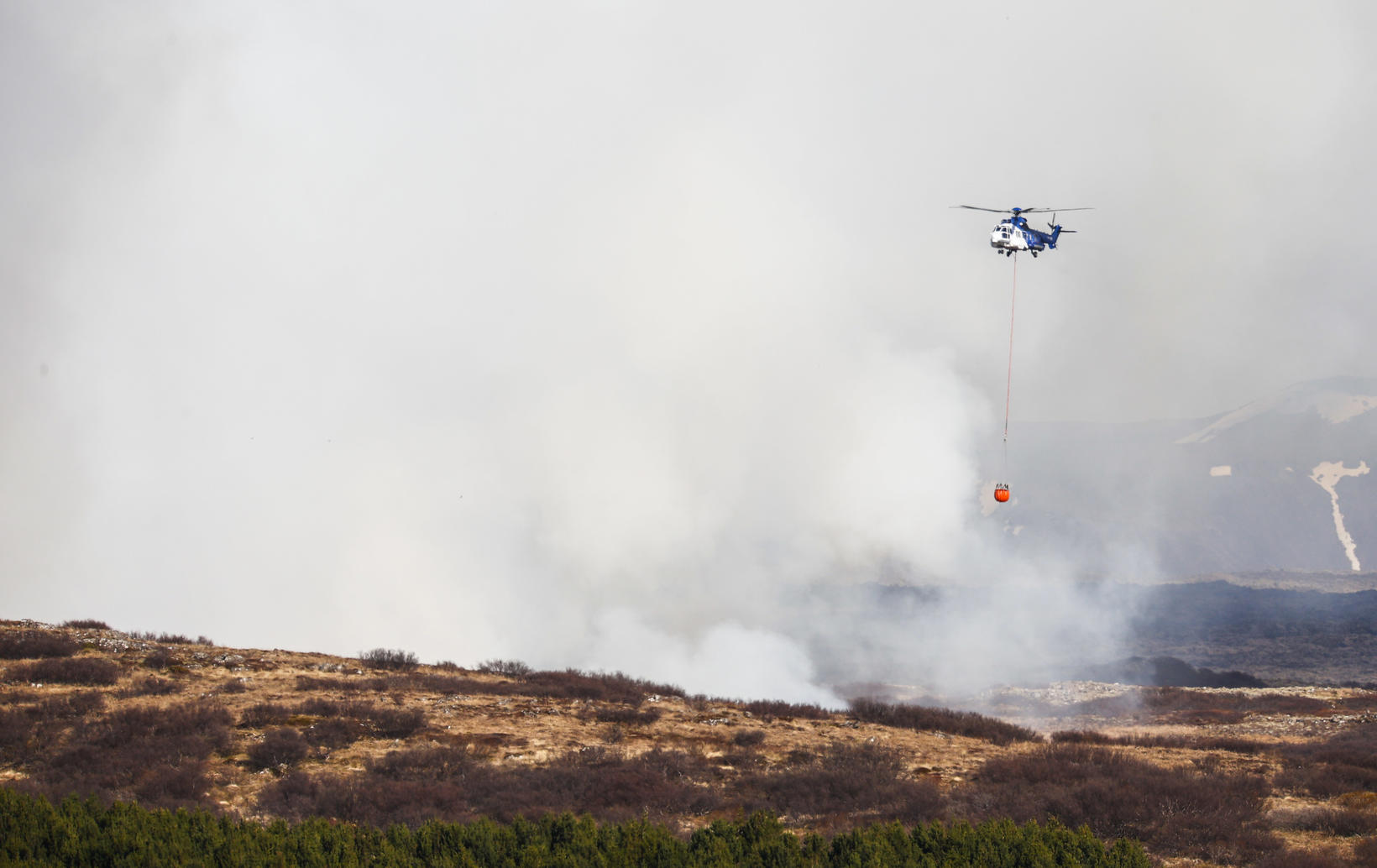 The fire, which started east of Vífilsstaðavatn lake, was reported at 3:20 pm yesterday, and all available fire equipment was used to fight it. Its source is not known.

The area has not received any rain for many days, and as a result, the vegetation is extremely dry. There is concern that since there is no rain in the forecast for the southwest corner of the country for the coming days, more wildfires can be expected. 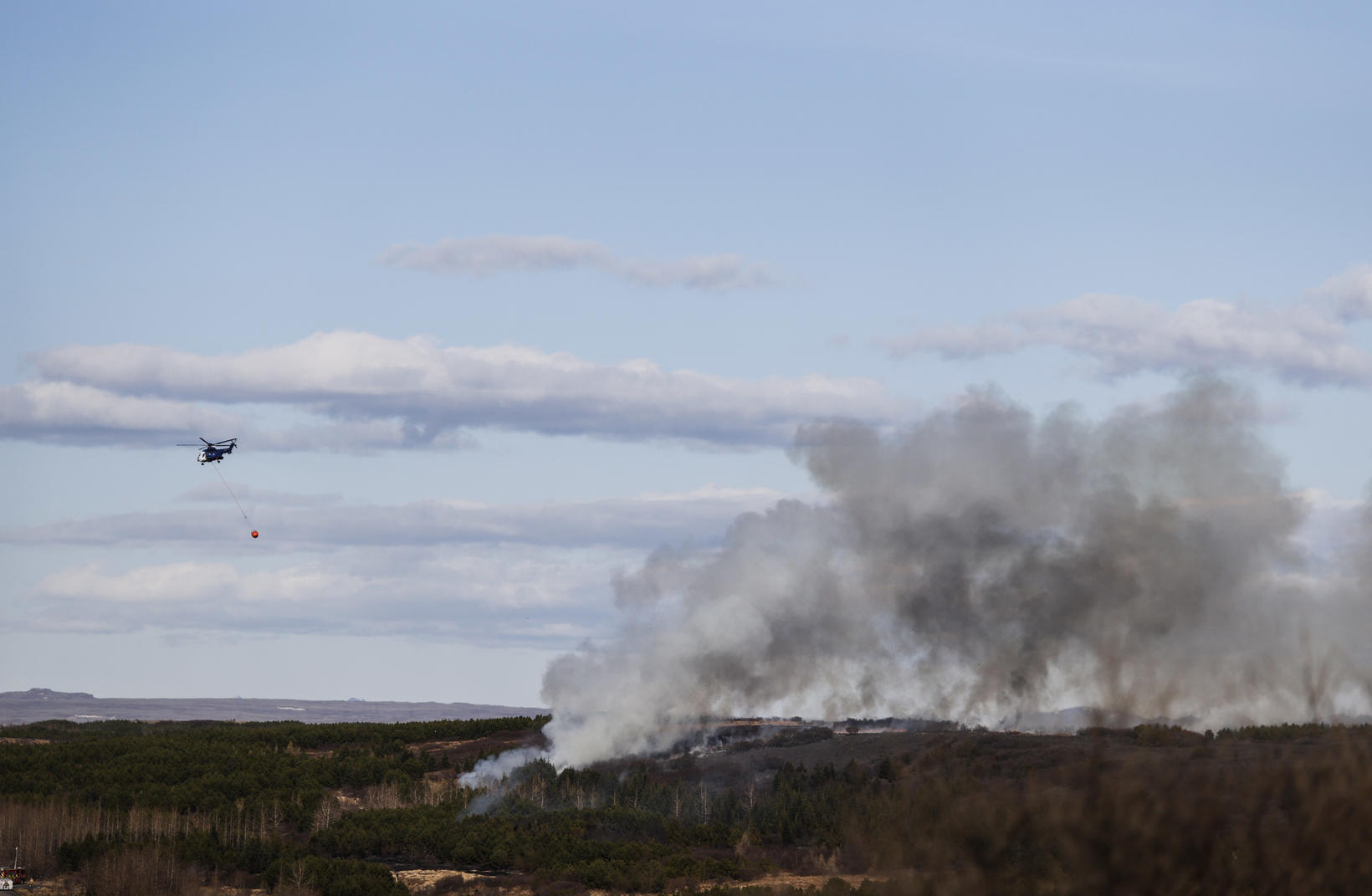 Most of the work was completed by 1 am, but firefighters monitored the area until 4 am.

A meteorologist at the Icelandic Met Office warns that vegetation in South and West Iceland is extremely dry and no rain in the forecast. Due to a risk of wildfires, people must exercise extreme caution when handling fire.

An Icelandic Coast Guard helicopter transported water from nearby Elliðavatn lake, to fight the fire, since access to the area was difficult. After making 17 such trips, its equipment malfunctioned. Repairs were still underway this morning, according to the Icelandic Coast Guard.

The video below, recorded a few days ago after another fire erupted, shows the helicopter filling its 1,600-liter (420-gallon) bucket with water in Elliðavatn lake.