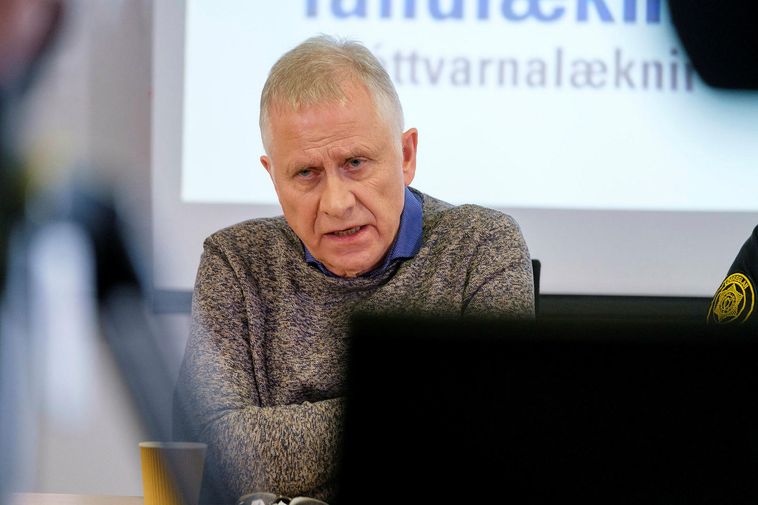 No one tested positive last night in connection with a potential cluster of COVID-19 infections that was feared in Iceland over the weekend, mbl.is reports. Not until tomorrow, though, will it be clear whether a cluster of infections has been averted.

Health authorities held a press conference yesterday, explaining that two people had tested positive for COVID-19 domestically Saturday who had not been in quarantine. They had caught the virus from a person who arrived in the country February 26, bringing along a negative PCR from abroad, as is now required.

The passenger tested negative upon arrival, but positive at second testing five days later. What caused special concern was that the passenger was found to be infected with the British variant of the virus, which is more infectious than variants that have previously spread in Iceland.

The two people who got infected shared a stairwell with the passenger in an apartment  building. One of them works at an outpatient clinic of Landspítali National University Hospital. Part of the clinic was closed yesterday and more than 50 employees and patients placed in quarantine.

Between 30 and 40 employees and patients of the outpatient clinic had already been tested yesterday and received negative results. Another 20 employees will be tested today.

The infected Landspítali employee attended a piano concert at Harpa Concert Hall Friday night, along with about 800 other guests. All guests were registered, enabling the tracing team to contact those 10 seated closest to the infected person and placing them in quarantine.

All 800 concert guests will be offered testing today. They were seated in four separated areas. Up to 200 people may be seated in each area.

Chief Epidemiologist Þórólfur Guðnason stated at the press conference yesterday that not until tomorrow, Tuesday, would it be clear whether this incident has triggered the fourth wave of COVID-19 in the country. He stated this illustrated how fragile the situation is, and how quickly a single infected person can spread the virus. He noted there is no indication the passenger violated quarantine rules.

“What we do now when individuals test positive for the British variant is that we send them to a quarantine facility,” he stated.