Aftershocks to Be Expected 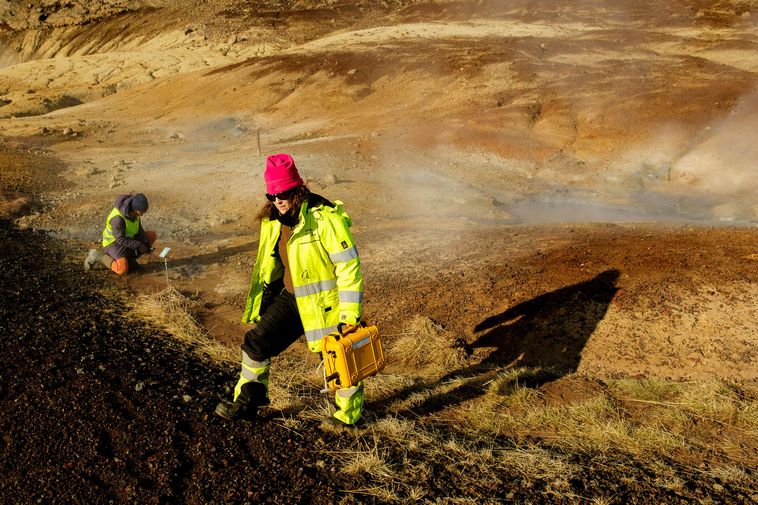 The seismic activity that began on the Reykjanesskagi peninsula, Southwest Iceland, Wednesday morning has decreased, although aftershocks are still being registered, mbl.is reports.

Two such in excess of magnitude 3 have hit the area in the past 24 hours: one of magnitude 3.5 hit at 2:35 pm yesterday, and another one, measuring 3.2, at 8:37 this morning. The source of the first one was just north of Fagradalsfjall mountain, while that of the second one was 2 km east of the same mountain.

“Aftershocks are to be expected when the earth is recovering from such activity,” states Kristín Jónsdóttir, natural hazards specialist at the Icelandic Met Office.

Since the swarm of earthquakes began Wednesday morning, more than 4,000 tremors have registered in the area. The largest earthquake, measuring 5.7, hit the area shortly after 10 am Wednesday.

Neither inflation of the surface nor any signs of magma intrusion have been detected.

“We have people on call all the time,” Kristín explains. “Then, there are always people on stand-by, so if something special comes up, we can call them in.”

Einar Hjörleifsson, natural hazards specialist at the Icelandic Met Office, tells Morgunblaðið that today, satellite pictures are expected, which will be used to detect whether any inflation has occurred in the wake of the seismic activity.