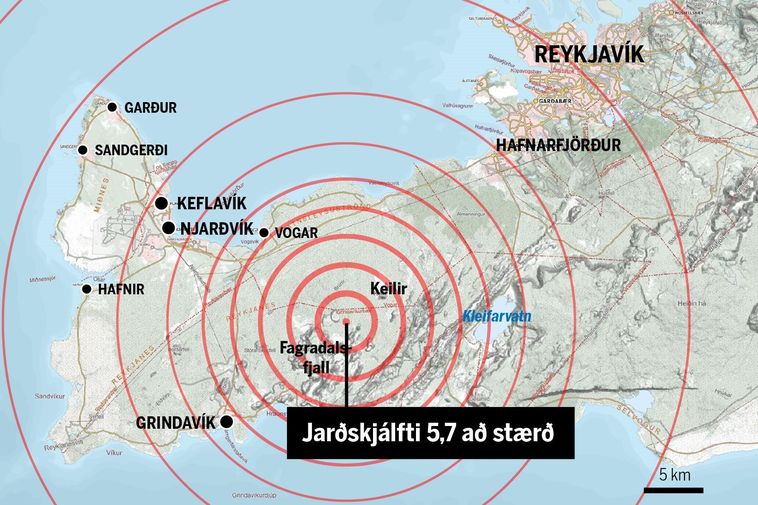 A series of earthquakes hit Southwest Iceland shortly after 10 am, the largest one of magnitude 5.7.

The quakes were widely detected in the capital area. Window panes rattled, and furniture trembled.

Two large earthquakes in Reykjanes have been confirmed on the website of the Icelandic Met Office so far. The first one hit at 10:06.  Its source was 3.3 km south-southwest of Keilir mountain.

The second one, which hit at 10:18, measured 4.9 and originated 3.2 km west of Fagradalsfjall mountain on the Reykjanes peninsula. More quakes have followed.

Mbl.is has received reports of the largest earthquake that hit this morning being detected not only on the Reykjanes peninsula, but also in the capital area, in Borgarfjörður, Snæfellsnes and Skorradalur, West Iceland, and as far east as Stokkseyri and Hella. The Icelandic Met Office reports it was even detected in Vestmannaeyjar islands.