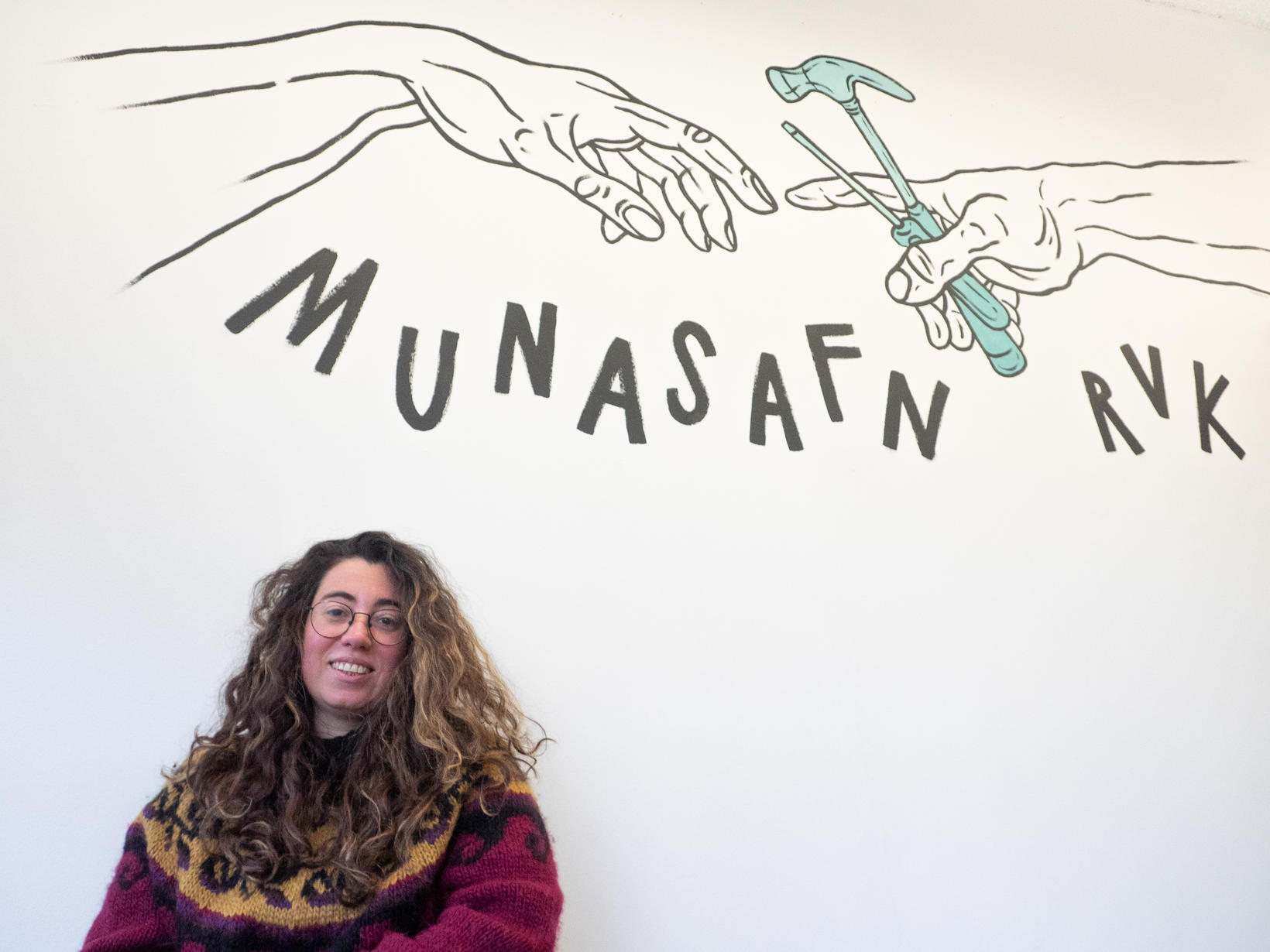 Reduced foreign tourism has forced the closure of numerous businesses on Laugavegur, Reykjavík’s iconic shopping street. But in some of the spaces vacated, imaginative social, creative and retail initiatives are flourishing.

As I stand outside Laugavegur 51 on a cold, sunny November morning, Anna de Matos is frowning at a bunch of keys on the other side of the shop window. She waves at me, disappears and reappears with yet more keys.

“Sorry! These keys have just been cut, and they’re a bit stiff,” she explains as I finally enter the Munasafn RVK Tool Library. The keys are new because the tenant is new; today is the library’s first day of business in its new home. 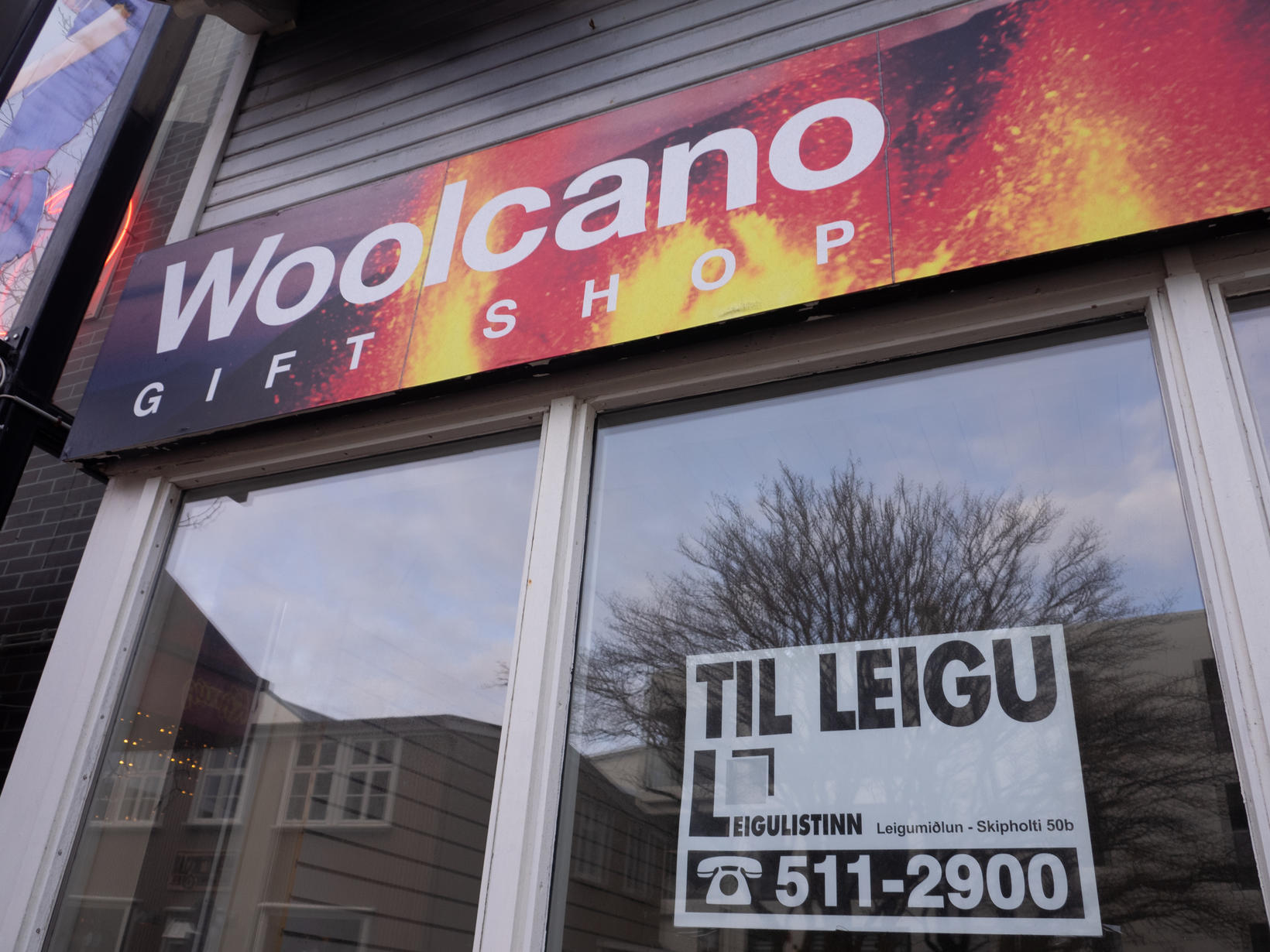 
The library – Anna’s project – enables people to borrow tools and other useful but seldom-used articles, such as items of camping gear. It was previously hidden away in an industrial basement in Grandi, but a prime position recently vacated on Reykjavík’s iconic shopping street has allowed the library to relocate to the heart of tourist-ville. Or what used to be tourist-ville.

The effect of the pandemic on Laugavegur, Reykjavík’s renowned shopping street, is obvious. The usual throngs of foreign visitors are absent, and the “Til leigu” (For Rent) signs in the windows of empty shops tell the tale. Last month a survey by city authorities found that some 14 percent of retail properties on the street were empty; businesses chiefly dependent on tourists have been hit heavily by their absence.

However, it’s easy to miss how this change has stimulated positive reactions from resourceful locals. Nature’s not fond of a vacuum, and consequently inventive enterprises – such as Anna’s Tool Library – have moved in to fill the void. 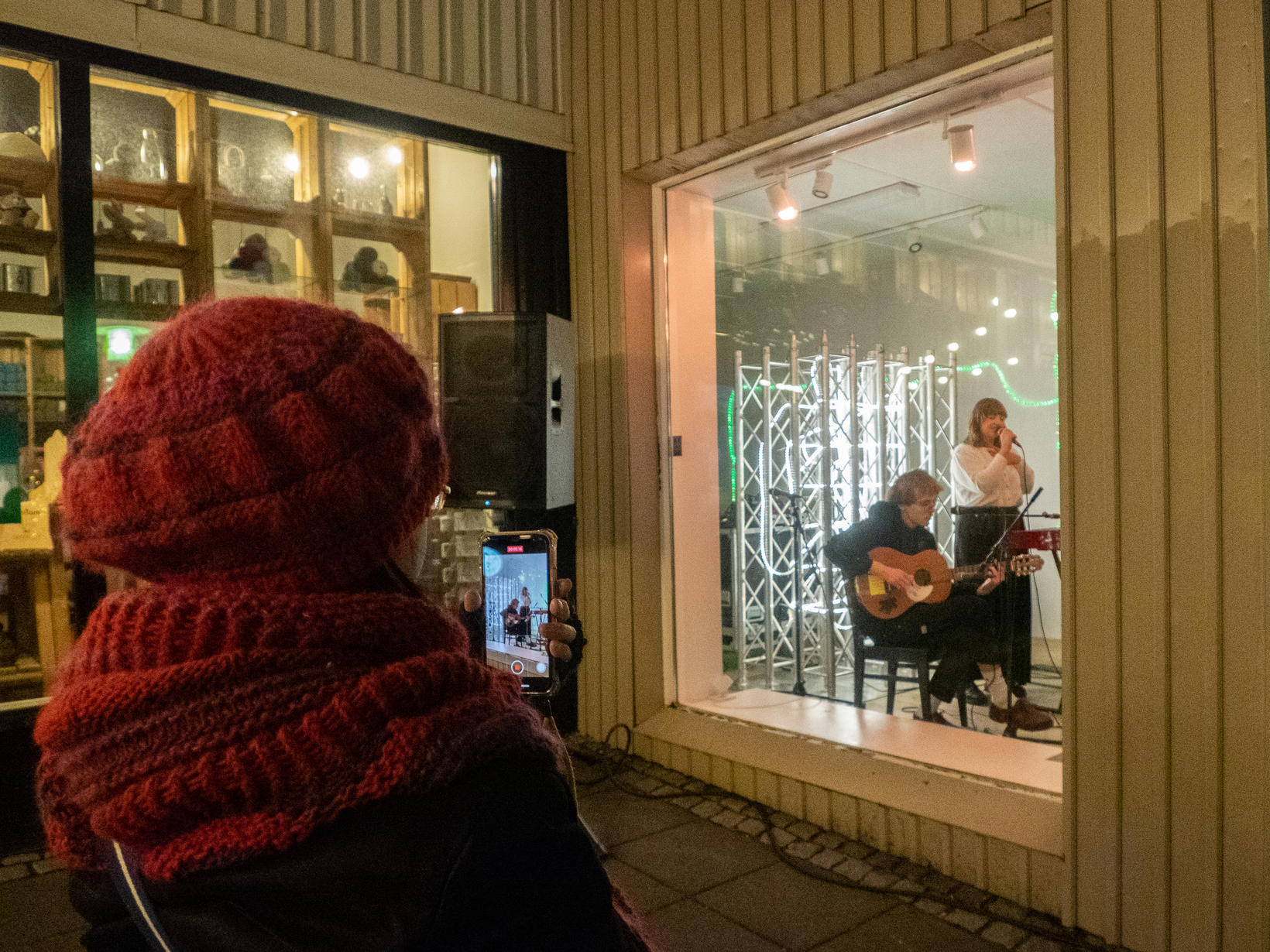 Sæunn Ósk Unnsteinsdóttir is a project manager in the office of Reykjavík’s mayor. She is responsible for liaison with businesses in the city centre, and so has a detailed overview of retail operations on Laugavegur.

While recognising that the pandemic has caused local retail outlets serious hardship – sadly sometimes leading to collapse – she is clear that there are also positive stories to be told. One such happy tale is of Laugavegur design and craft boutique, Hjarta Reykjavíkur.

“Hjarta Reykjavíkur was selling to tourists, because they had cups carrying pictures of the old houses in Reykjavík which are so beautiful,” Sæunn says. 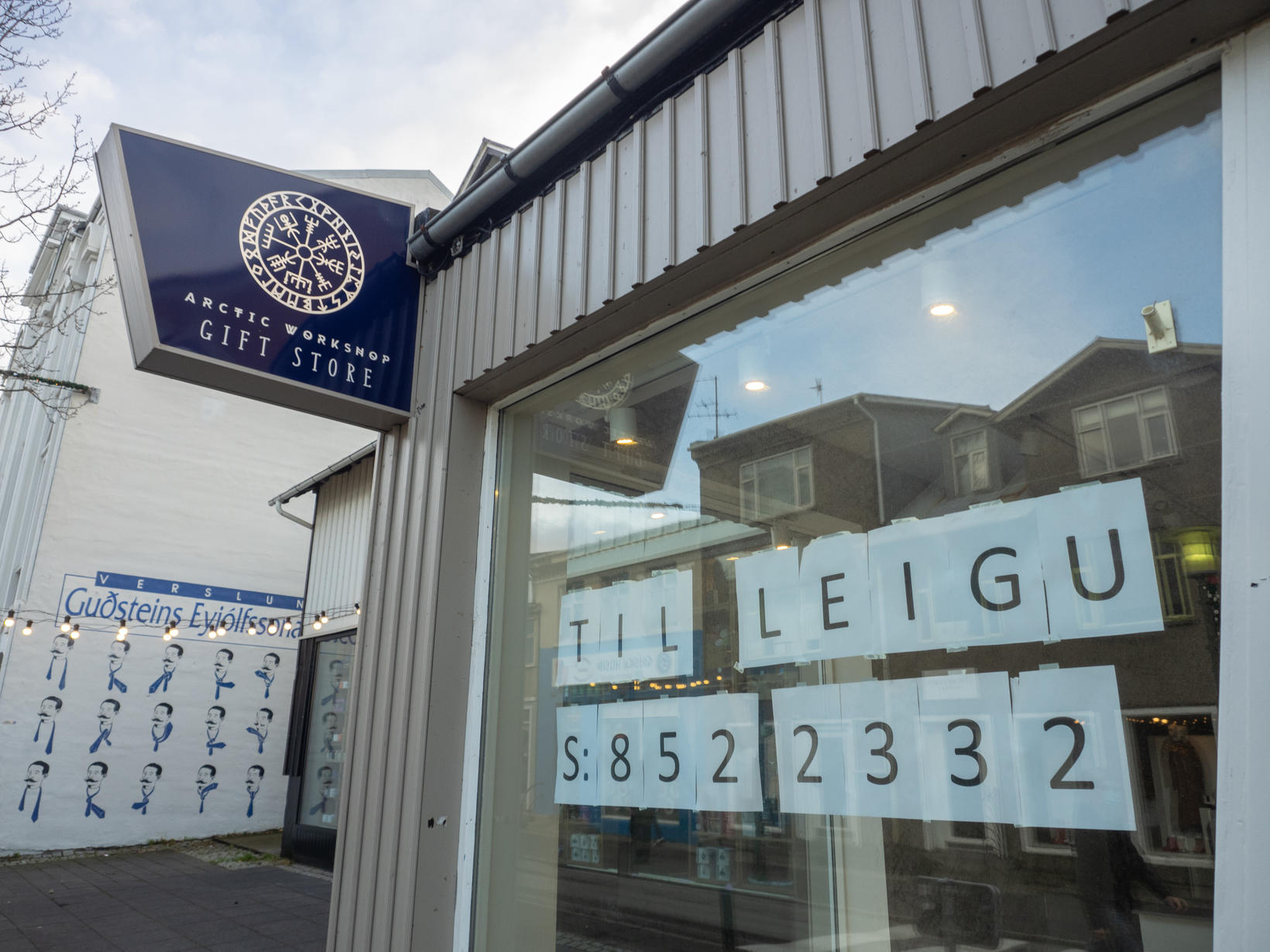 
“But then they started catering to Icelandic people with jigsaw puzzles, and they also opened a gallery in the shop. To do that they needed a bigger place. So we actually have a souvenir shop that moved to a bigger location in the middle of the crisis. They’re grabbing the opportunities!”

Sæunn points to other resident-focussed Laugavegur businesses which have expanded their premises during the tourism hiatus, including designer of recycled clothing Aftur, shoe store Kron, and culinary equipment specialist Kokka.

But it’s not just retail for residents and innovative social projects that are finding ways to thrive in Covid times. Performance art is also taking the stage in Laugavegur, with artists being encouraged to occupy spaces vacated by a shrunken tourist industry.

Rósa Birgitta Ísfeld is a Reykjavík musician who has previously organised summer musical events in partnership with the mayor’s office. Following that experience, Rósa saw the opportunity to bring music to the heart of the city in midwinter, too.

She conceived Talið í Tónum, (Counting in Tunes), a musical advent calendar event. The idea was to have local musicians create a pop-up show every day from the 1st to the 23rd of December, performed free for the passing public. She then found a closed gift shop on Laugavegur, contacted the owner and arranged to rent it for the month.

“Basically, their number was in the window,” says Rósa. “I called and said ‘I don't have a lot of money, but I'll clean your space up. I'll clean your windows. I'll even paint over that graffiti! And they were like, ‘We’re totally open for this!’” 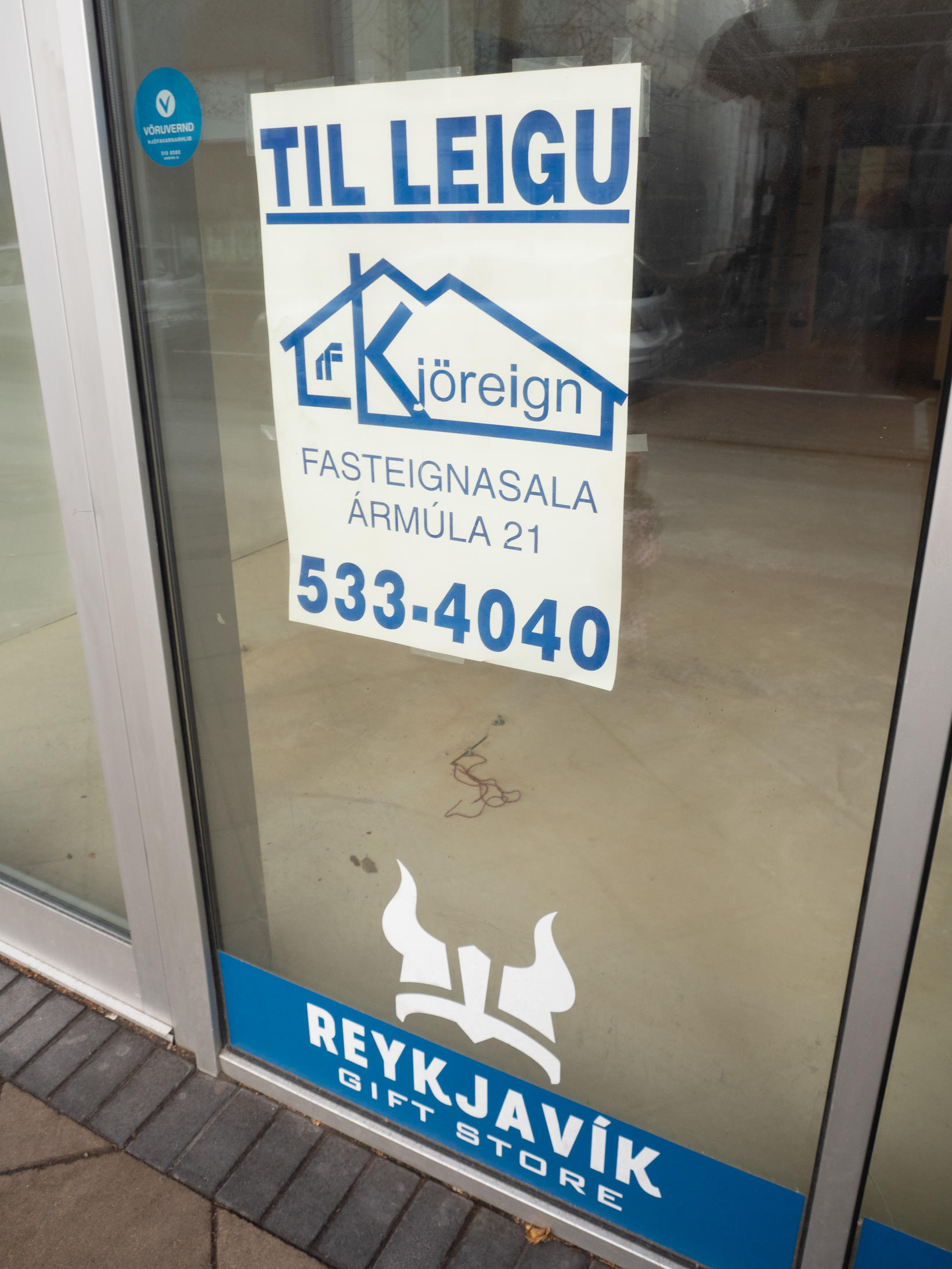 “People come to Iceland because of the ambiance – because of the spirit – which is within this amazing group of creatives, living, studying and working in Iceland,” Geoffrey explains. “There’s something in the water, you know, and we must help it to continue and not let it just fade away.”

Sköpum líf í lokun is ushering in a new social project at Laugavegur 2, an address previously occupied by an Icelandic street-food business once popular with tourists.

“There's a small space there, which we'll be using in January for a concept known as a swap shop,” Geoffrey explains. “You can bring clothes in and swap them for other clothes.”


So a combination of individual vision and civic cooperation is steering Reykjavík’s flagship street through the Covid storm into new, creative waters. Does Anna of the Tool Library think that the pandemic has created positive change by encouraging Laugavegur to evolve?

“It's a push in the right direction, in my opinion,” she says. “Has Covid-19 technically helped us? I don't know if ‘help’ is the word! But we are definitely pushing it forward.”


John Pearson is a freelance journalist now living in Reykjavík, but with roots in London. He has a background in music broadcasting, in addition to being an underwater photographer and a scuba diving instructor.