Dangerous Driving Conditions Due to Bleeding 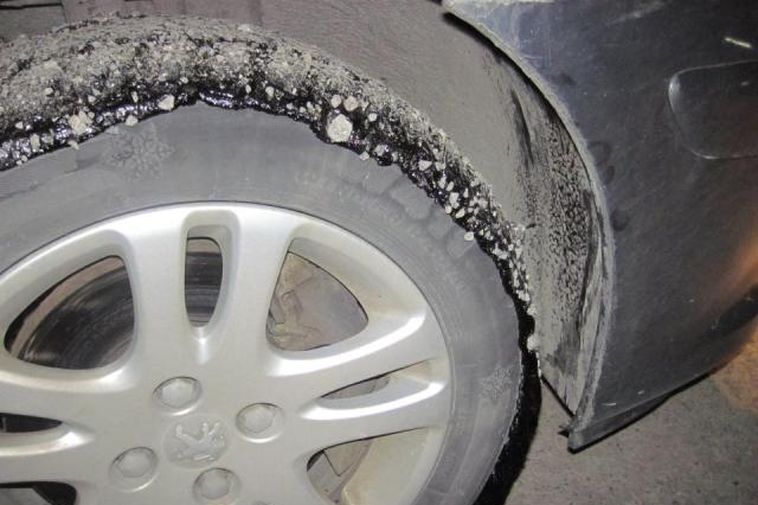 Dangerous driving conditions exist in parts of Iceland today, due to bleeding tar in the road pavement, mbl.is reports.

Tar is more likely to bleed during warm days in the summer, turning roads slippery, but when this happens in winter, the problem is different. Patches of pavement come loose and get stuck to vehicle tires or to the vehicles themselves, resulting in damage.

The Road Administration has issued a warning for this reason, asking drivers to slow down when approaching other vehicles to avoid damage from flying stones. The problem has been reported between Borgarfjörður, West Iceland, and Skagafjörður, North Iceland.

One driver, Friðfinnur Tómasson, who drove this stretch of road the night before last, states that his vehicle vibrated a great deal. “It felt like driving with four flat tires,” he states. “This was very dangerous, especially had I been forced to step hard on the brake with my whole family in the car. I would simply have skidded on the tar and dirt that was on the tires. This could have killed a person riding a motorcycle.”

Friðfinnur states he saw stones and patches of tar come flying from the vehicle driving in front of them.

There have been several reports of damage to vehicles due to the bleeding tar, and the condition is reported to have caused one accident.

See for yourself in this video what the tires on Friðfinnur’s vehicle looked like.