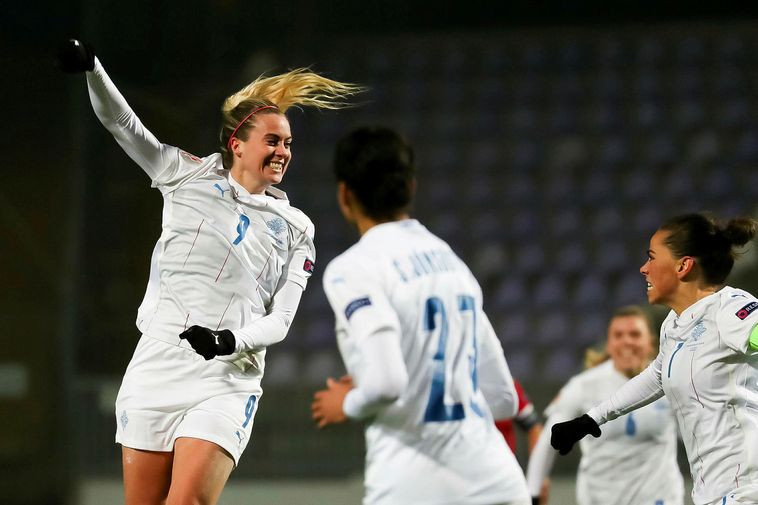 The Icelandic women’s national soccer team’s qualification for the UEFA EURO, to be held in England in the summer of 2022, was confirmed in Hungary last night after the team beat Hungary 1:0, Morgunblaðið reports. This will be the team’s fourth European Championship in a row. The other three were held in 2009, 2013 and 2017.

Berglind Björg Þorvaldsdóttir scored the winning goal during the middle of the second half.

Not until the results of all of the evening’s games were in did it become clear that Iceland had secured a spot at the EURO. The team ranked second in its group, behind Sweden, and turned out to be among the three runners-up with the best record against the rest of the teams in their groups.

The other six runners-up will play off in April for the three remaining spots in the 16-team finals. The EURO had originally been scheduled for 2021, but was postponed a year.

You can look up all the standings here.