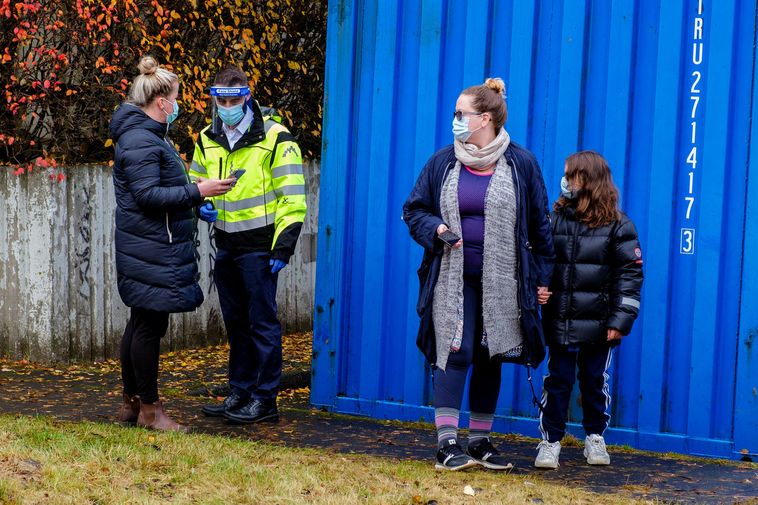 People waiting to be tested for the coronavirus in Reykjavík. mbl.is/Kristinn Magnússon
Vala Hafstað
vala@mbl.is

According to covid.is, 62 new domestic cases of COVID-19 were confirmed in Iceland yesterday. Unfortunately, less than half of them, or 47 percent were already in quarantine. Authorities had expressed optimism in previous days about the fact that the ratio of people diagnosed who were already in quarantine appeared to be increasing, ranging from 67 to 80 percent since October 14.

Three people tested positive at the border yesterday and are still awaiting the results of antibody tests. Five people, however, tested positive in second border screening yesterday. As we have previously reported, anyone who arrives in the country is tested for the coronavirus twice, first upon arrival and again four to five days later. Since this rule was enacted, a total of 45 people have been diagnosed at second testing.

It was reported yesterday that on Sunday, an unusually high number of people had tested positive at the border, or 22. This was a group of people on the same flight, 20 of whom have an Icelandic ID number. Ten of them are still awaiting the results of antibody tests.

There are currently 1,252 active cases of COVID-19 in Iceland. A total of 25 people are in the hospital, three of them in intensive care.

The vast majority of infections is in the capital area or 1,058. The only part of the country with no confirmed active case is Northwest Iceland.