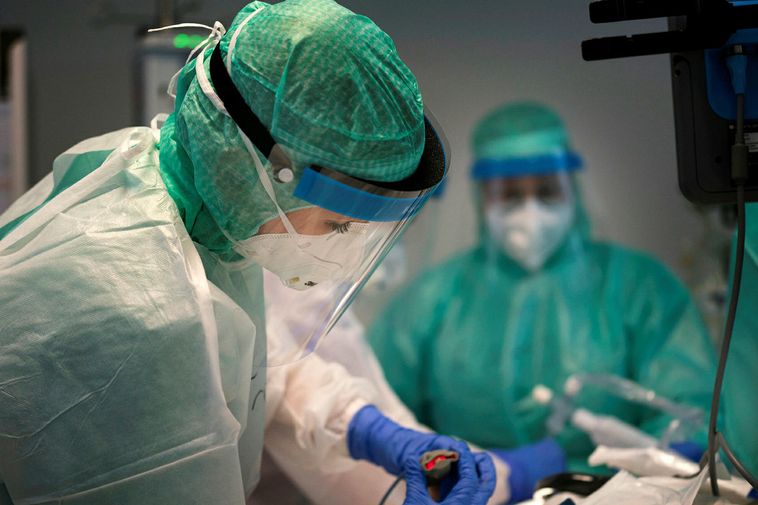 Health care professionals in Iceland have answered the call to step in should their services be needed in the fight against COVID-19, as numerous people did during the first wave of the pandemic in the spring.

They are responding to a request made by Páll Matthíasson, CEO of Landspítali National University Hospital, who on October 1 asked all available health care workers to sign up for the hospital’s reserve team. “The situation requires all hands on deck,” he stated.

Yesterday, about 300 people had signed up, Morgunblaðið reports. Most of the people ask to be hired on an hourly basis, and very few are looking for a full-time job.

“We have mainly needed registered nurses,” Director of Health Alma Möller stated at yesterday’s press conference. She thanked the head of the Icelandic Nurses’ Association for urging its members to join the fight against the disease. As a result, 55 nurses have signed up, ready to work when needed.

In addition to them, 63 nurses’ aids are on the list, as well as 40 paramedics, 35 physicians, 17 pharmacologists, 12 radiographers, 10 medical laboratory technologists, and more. Only about 10 percent of them have signed up before. Most of them would like to work at Landspítali National University Hospital and at health clinics in the capital area.

By comparison, on March 25, 680 people had signed up on such a reserve list. Many of them had retired, while others, despite their training, had been doing various jobs, some working as flight attendants, others as farmers, and more.