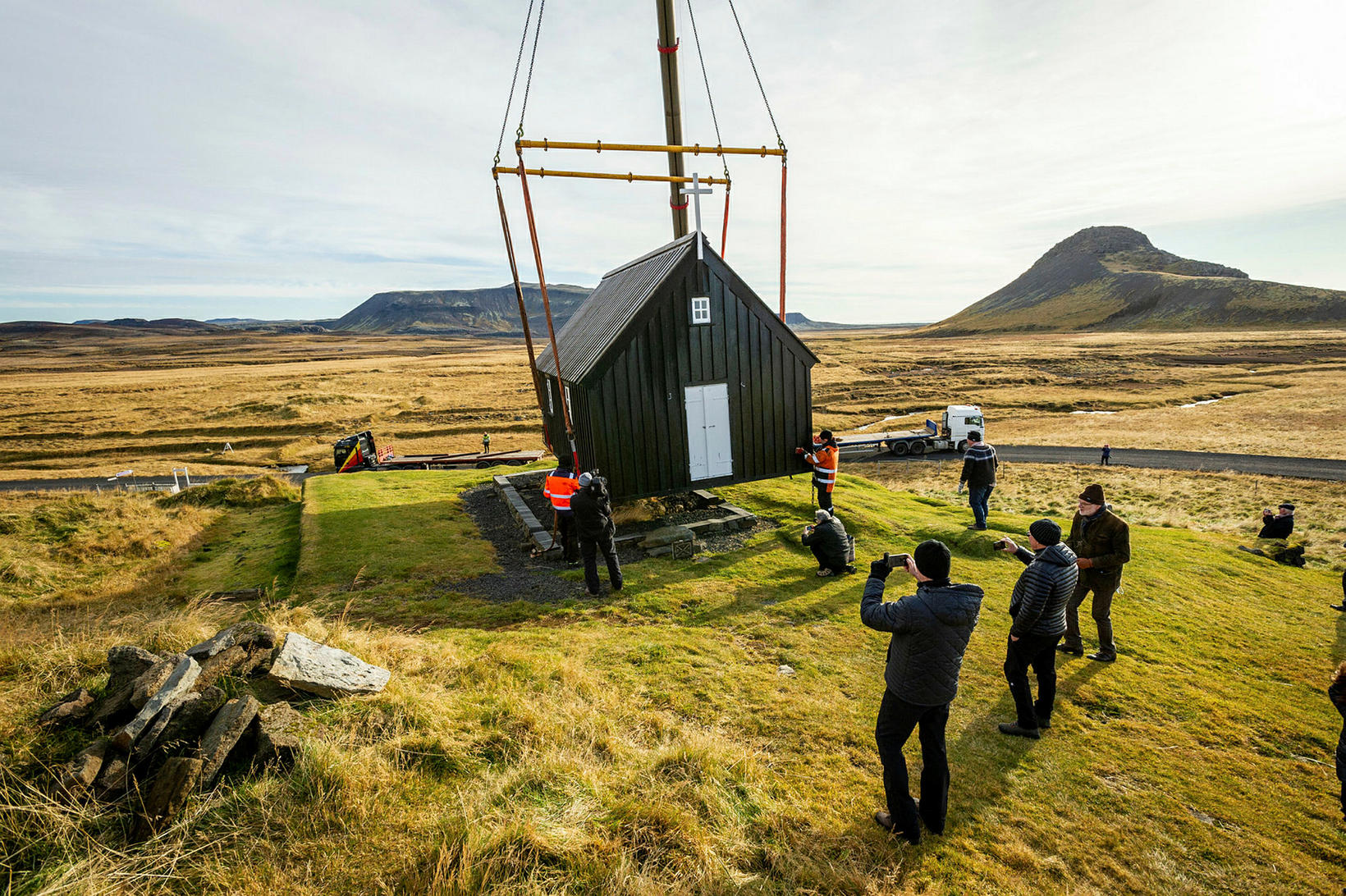 “It was a relief to see the church placed on the hill. It was an emotional moment,” Jónatan Garðarsson, head of Friends of Krýsuvíkurkirkja church, tells Morgunblaðið .

“Next on the agenda is for the bishop of Iceland to consecrate the church,” he adds, “which will have to be done once rules regarding limits on public gatherings and disease prevention are eased. These are special times.”

All went according to plan when a new Krýsuvíkurkirkja church, weighing 6.8 tons, landed in its place on the Reykjanes peninsula, southwest of Kleifarvatn lake, Saturday morning. The photo above is truly symbolical, for the church is a godsend for the congregation.

In reality, the picture shows the church being lifted from a truck, which carried it all the way from the Hafnarfjörður Technical College – a 28-km (17.4 mi) distance - where it was built by 140 students. The project was directed by Hrafnkell Marinósson. 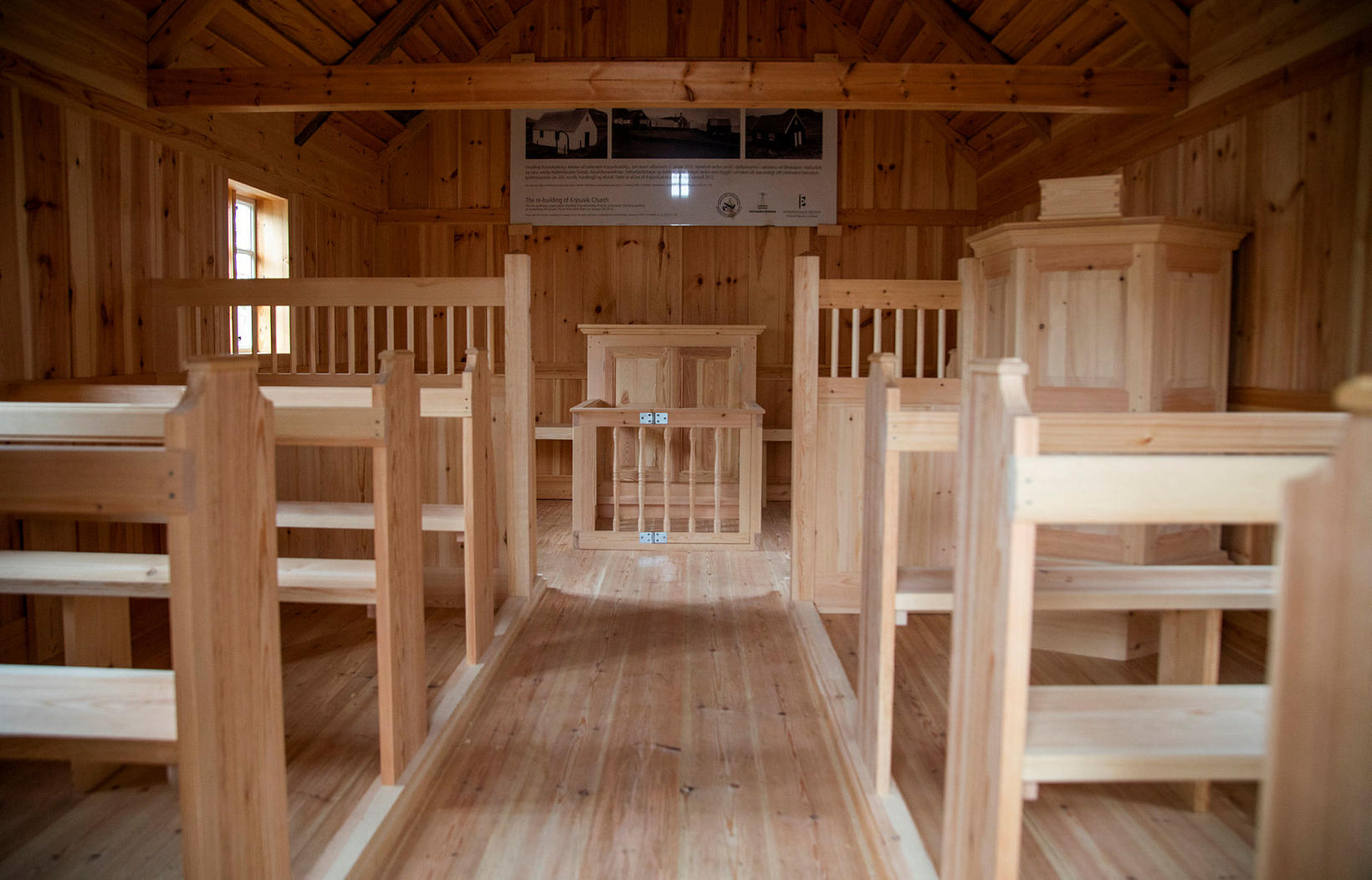 In the wake of the fire, interest was kindled among directors at the Hafnarfjörður Technical College in assigning students the task of constructing a new church. The idea was well received among students and the congregation.

Detailed instructions were followed, based on information from the National Museum of Iceland, which did a thorough assessment of the old church in 2003. Completing the project has taken more than a decade.

All the interiors are ready: pulpit, altar and pews. Nothing but the pandemic can delay the first service. 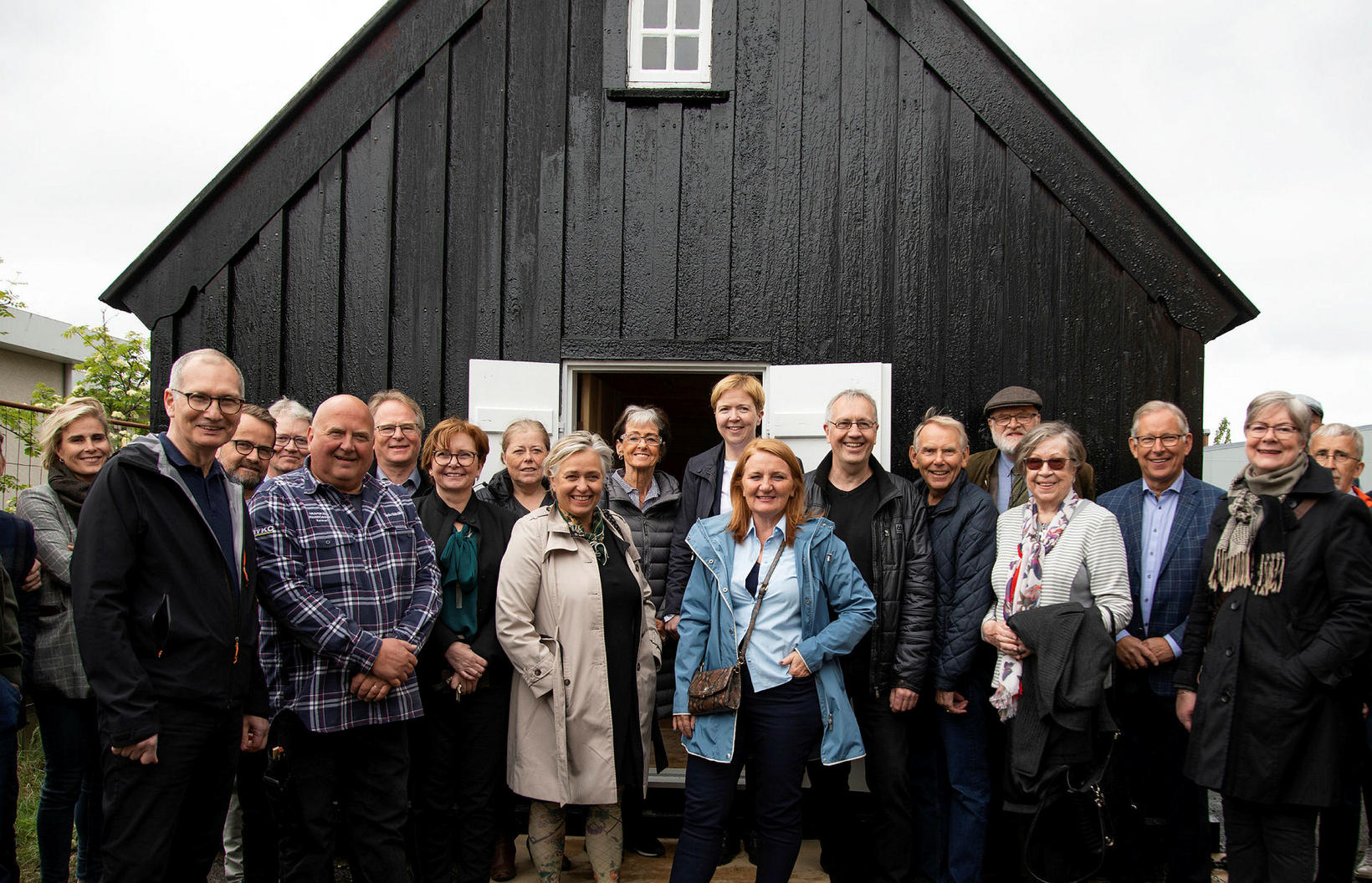