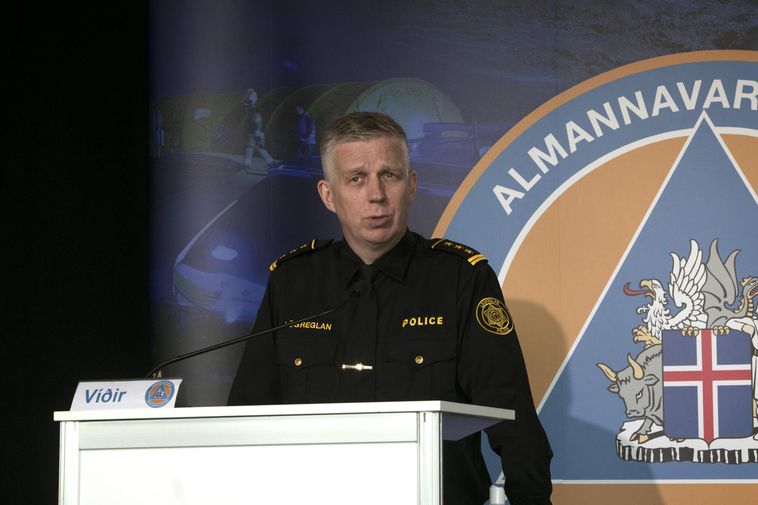 Health authorities in Iceland held a press conference this morning to review the new disease prevention rules that took effect today. They stressed the importance of solidarity, patience and perseverance in the fight against the coronavirus.

A total of 59 new domestic cases of COVID-19 were confirmed in Iceland yesterday. Among the people diagnosed, 25 were not in quarantine.

There are currently 15 people in the hospital with the disease, three of them in intensive care and two of those on ventilators. The 14-day incidence per 100,000 people has reached 163.4, including cases confirmed at the border. At present, there are 670 active cases of the disease in Iceland, and 2,391 people are in quarantine.

Mbl.is reports that two employees of Landspítali National University Hospital are among the people hospitalized during this third wave of the pandemic. They reportedly caught the disease outside the hospital.

It was revealed at the press conference that the groups who have been diagnosed recently are groups in work places, within families and groups who meet for entertainment. Many infections remain to be traced.

Only three of the people diagnosed yesterday were outside the capital area.

People are advised to avoid large gatherings and to pay attention to their own disease prevention measures. Director of Health Alma Möller regrets that many surgeries have had to be postponed at Landspítali National University Hospital, but adds that this is unavoidable.

Since the third wave of the disease hit in mid-September, 770 people have been diagnosed in Iceland with COVID-19.

What has worried health officials in recent days is not only the high number of new cases confirmed every day, but also the diminishing ratio of people who are in quarantine when diagnosed. October 1-3, this ratio was only 30, 36, 23 percent, respectively. Yesterday, the ratio was better, or 58 percent.

In his closing words, Chief Superintendent Víðir Reynisson stressed how important it is for people who become infected to tell the disease tracing team whom they’ve been around and where they’ve been. He spoke of the importance of adhering to the new rules and staying in touch with those who are isolated by calling them.

“There is only one way to approach this,” he concluded, “and that’s through solidarity.”