Chance of Eruption Appears to Be Increasing 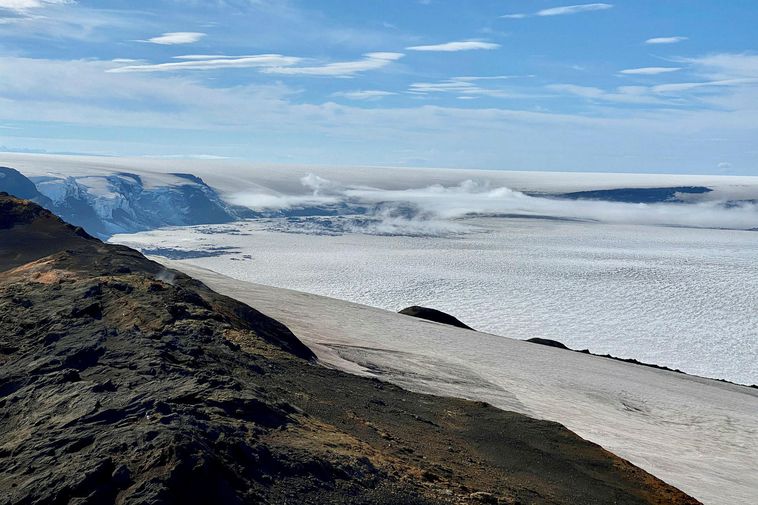 The Icelandic Met Office changed the aviation color code for Grímsvötn volcano from green to yellow earlier this week, due to a gradually increasing volcanic activity, as indicated by several regularly monitored geophysical and geochemical parameters that are now above the known background level.

The aviation color code  system is an international code, operated by the State Volcano Observatory, intended to alert pilots about the status of volcanic activity and the danger it can create, especially with regard to airborne ash hazards. The goal, too, is for aviation services to be prepared for a potential eruption.

Although the code is now yellow, aircraft are not prohibited from flying over Grímsvötn. The yellow code simply makes aviation services aware of the situation.

According to the Icelandic Met Office, the increasing activity in Grímsvötn, located under the Vatnajökull glacier ice cap, is manifested by the following:

According to the Met Office, numerous datasets indicate the volcano has reached a level of unrest comparable to that noted prior to previous eruptions.

“This indicates that the likelihood of something happening is constantly increasing,” Sara Barsotti, volcanic hazards coordinator at the Icelandic Met Office, tells mbl.is. She does, however, point out that although the yellow code has been activated, that does not necessarily mean an eruption will occur.

“This is simply a warning, which could change if activity in Grímsvötn changes,” she states.

The volcano could turn back to normal conditions. In 2017, for example, a yellow aviation color code was activated due to activity in Öræfajökull volcano.  “That was changed back to green, because Öræfajökull’s activity returned to normal,” Sara notes.