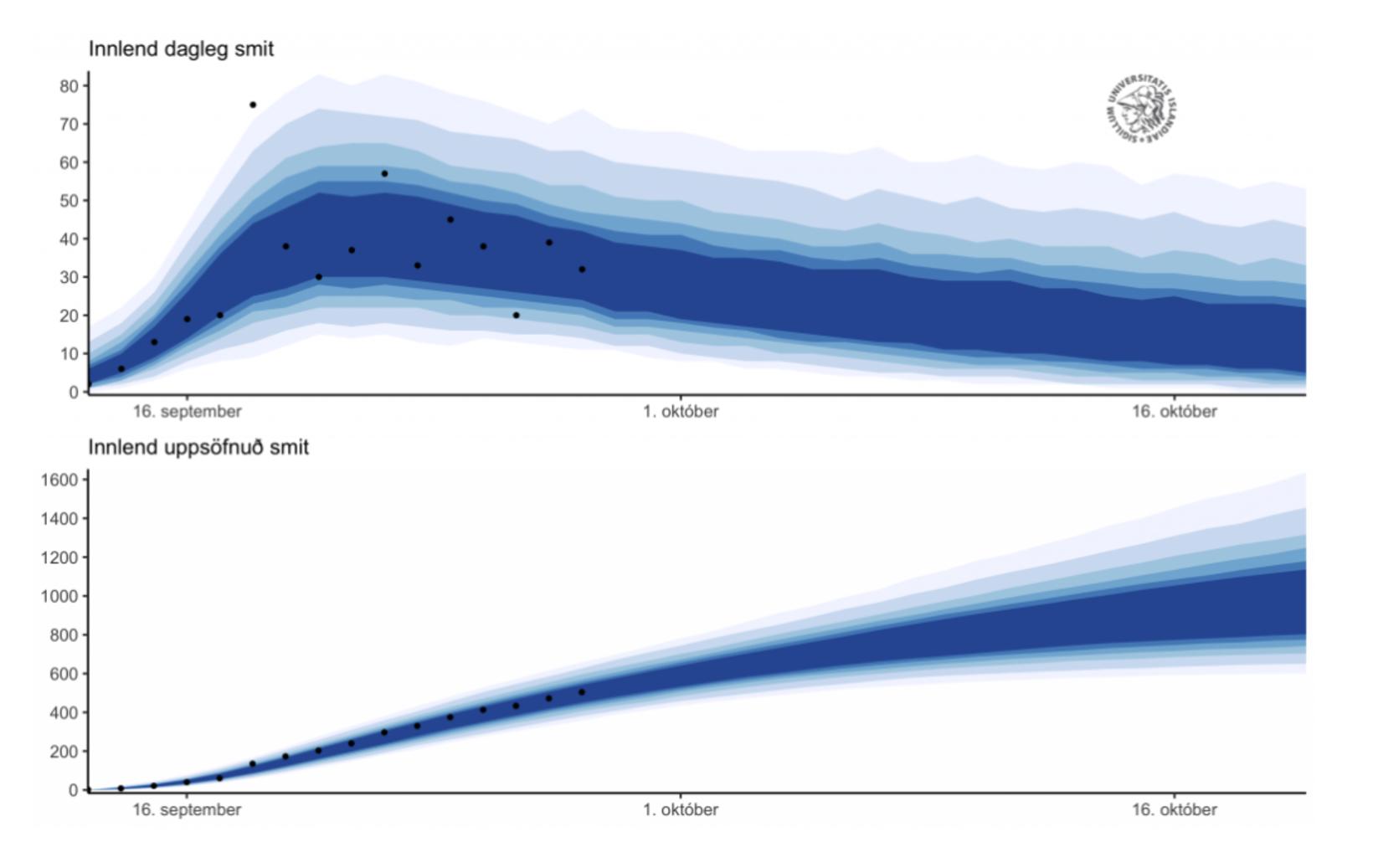 Scientists at the University of Iceland have been working on a prediction model recently, showing how the third wave of the COVID-19 pandemic is likely to develop in Iceland in the coming weeks. Yesterday, they posted their first predictions on covid.hi.is . 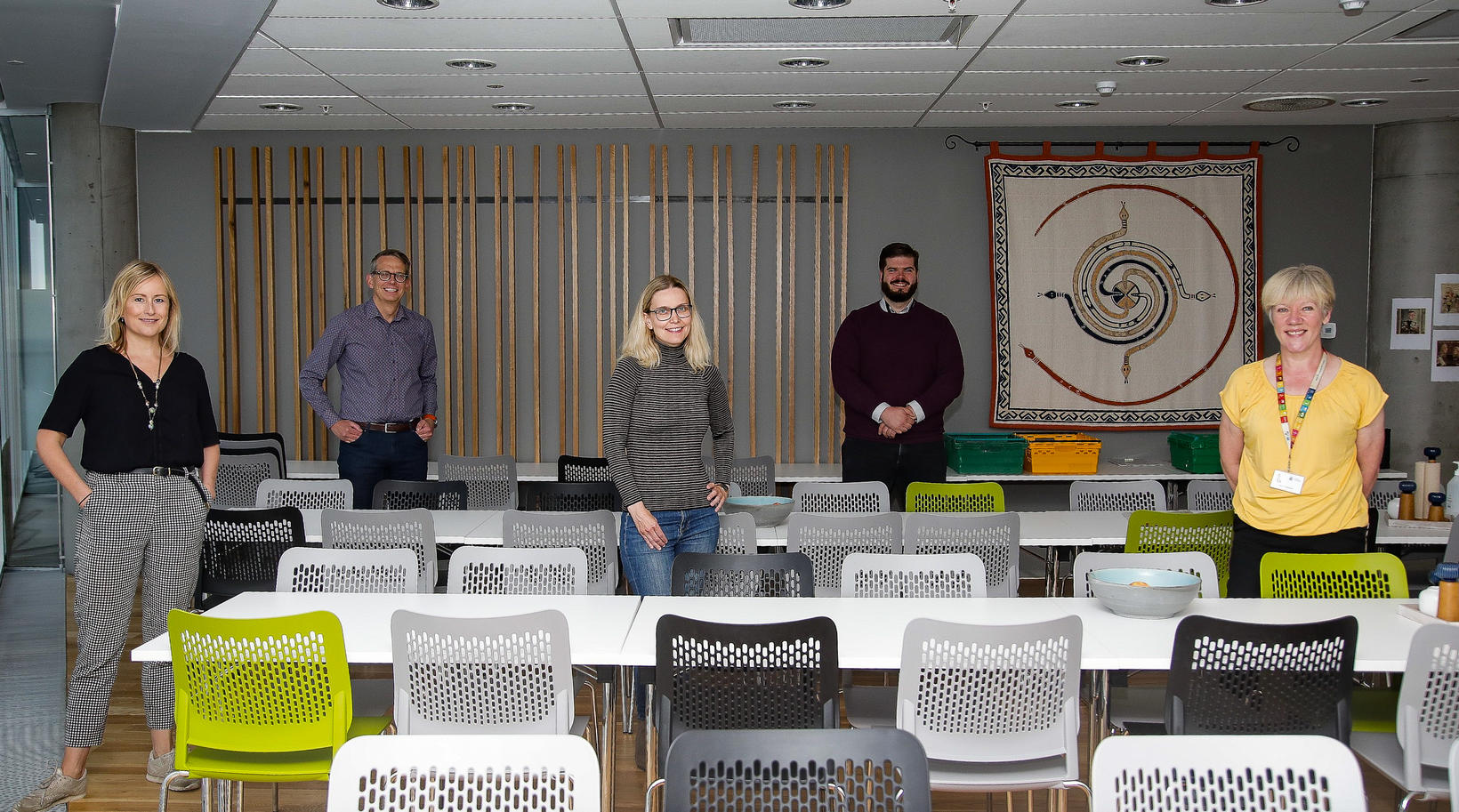 Scientists at the University of Iceland, who worked on the prediction model. mbl.is/Arnþór

Since September 11, when this third wave of the disease hit, the cumulative number of infections has reached 509 and is likely to have reached 800-1,100 three weeks from now, but could be as high as 1,650.

The term R 0 indicates how contagious a disease is, that is, how many people on average will contract a disease from one infected person. If the R 0 is less than zero, a disease will gradually die out.

The scientists’ calculations suggest that at present the R 0 outside quarantine equals one, meaning that each infected person passes the disease on average to one person. The R 0 seems to be going down, due to the effective tracing of infections and thanks to increased awareness in society regarding disease prevention.

The latest figures on covid.is show that yesterday, 33 new domestic cases of COVID-19 were confirmed. More than half of the people diagnosed were already in quarantine.

Eight people are in hospital with the disease, two of them in intensive care. There are currently 551 active cases of COVID-19 in Iceland and 1,793 people in quarantine. The 14-day incidence per 100,000 inhabitants has risen to 147.