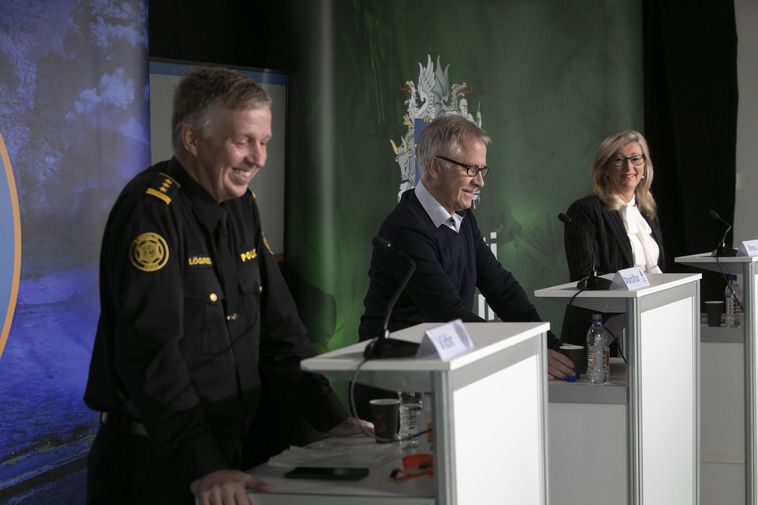 Rules requiring arriving passengers to be tested at Icelandic borders upon arrival and again five days later, with quarantine in between, are likely to remain in effect for the coming months, Morgunblaðið reports. At a press conference yesterday, Chief Epidemiologist Þórólfur Guðnason stated that extending them would be the safest strategy in terms of disease prevention. The rules took effect six weeks ago and are effective through October 5.

For now, Þórólfur does not see reason to impose stricter disease prevention measures domestically. Although the 14-day incidence of COVID-19 cases per 100,000 inhabitants has been increasing recently, the number of infections among people who are not in quarantine when diagnosed is down.

Þórólfur finds it advisable not to tighten restrictions for now, since that would have a negative effect on society. He expects current restrictions to remain in effect for the coming months.

When asked whether there is reason for police to increase monitoring of newly arrived passengers to make sure they follow quarantine rules, Chief Superintendent Víðir Reynisson responded:

It was announced at the press conference that coronavirus tests that yield results in 15-30 minutes have been produced and will be distributed throughout the world. The test that has received the approval of the World Health Organization is produced by the South Korean firm SD Bio Sensor. Another test, awaiting approval, is from a US company.

The latest figures on covid.is show that there were 32 new domestic cases of COVID-19 confirmed in Iceland yesterday, in addition to two active infections at the border.Roughly half of the people diagnosed domestically yesterday were already in quarantine.

There are currently 525 active cases of the disease in the country and 1,620 people in quarantine. Five people are hospitalized with the disease, two of them in intensive care.