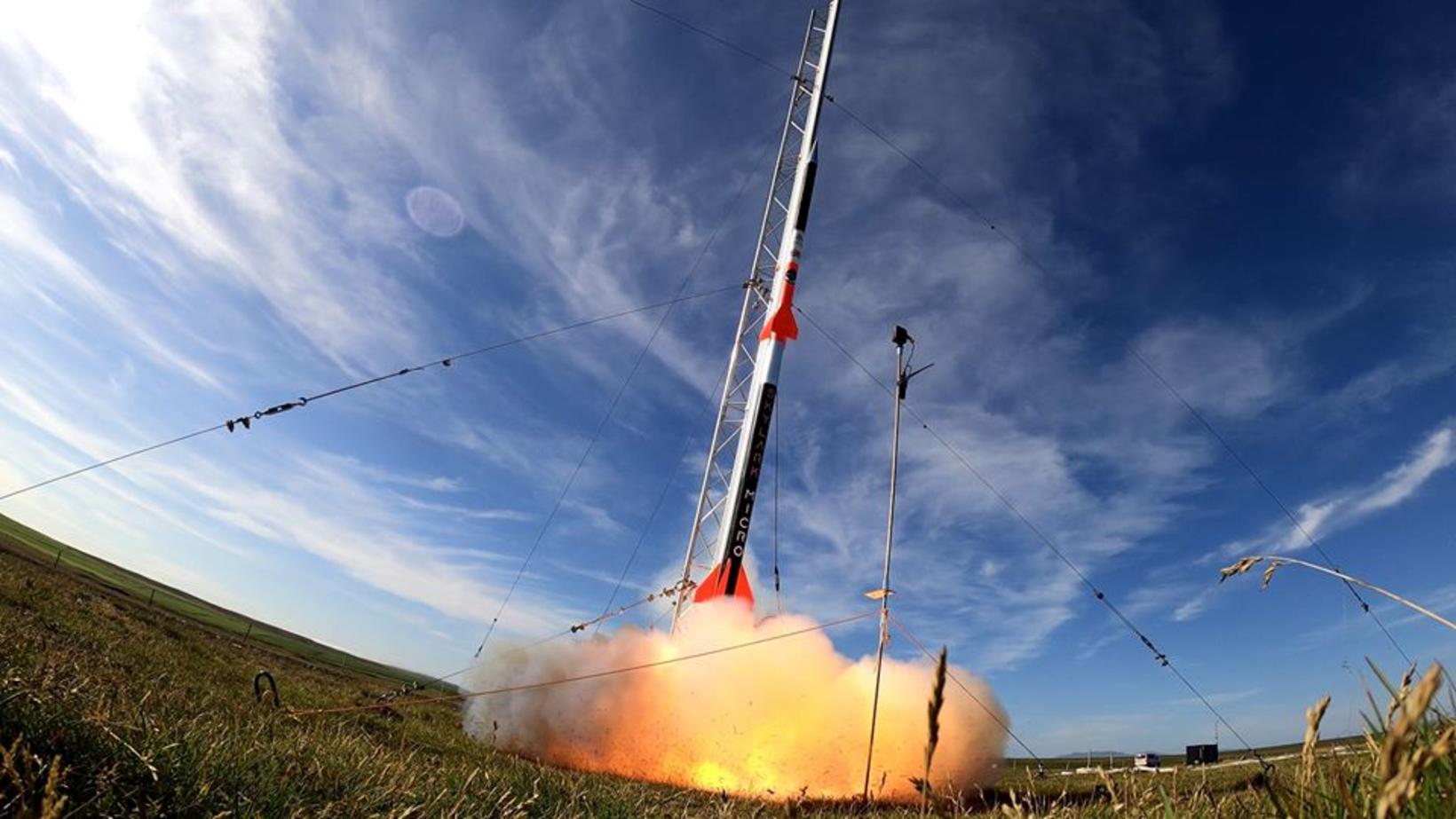 The rocket being launched. Photo/Skyrora

A rocket, developed by the Scottish company Skyrora, was launched from Langanes point, Northeast Iceland, yesterday morning, Morgunblaðið reports. The Skyrora launch was hosted and assisted by Space Iceland.  The rocket is a two-stage, four-meter tall  sub-orbital Skylark Micro rocket. 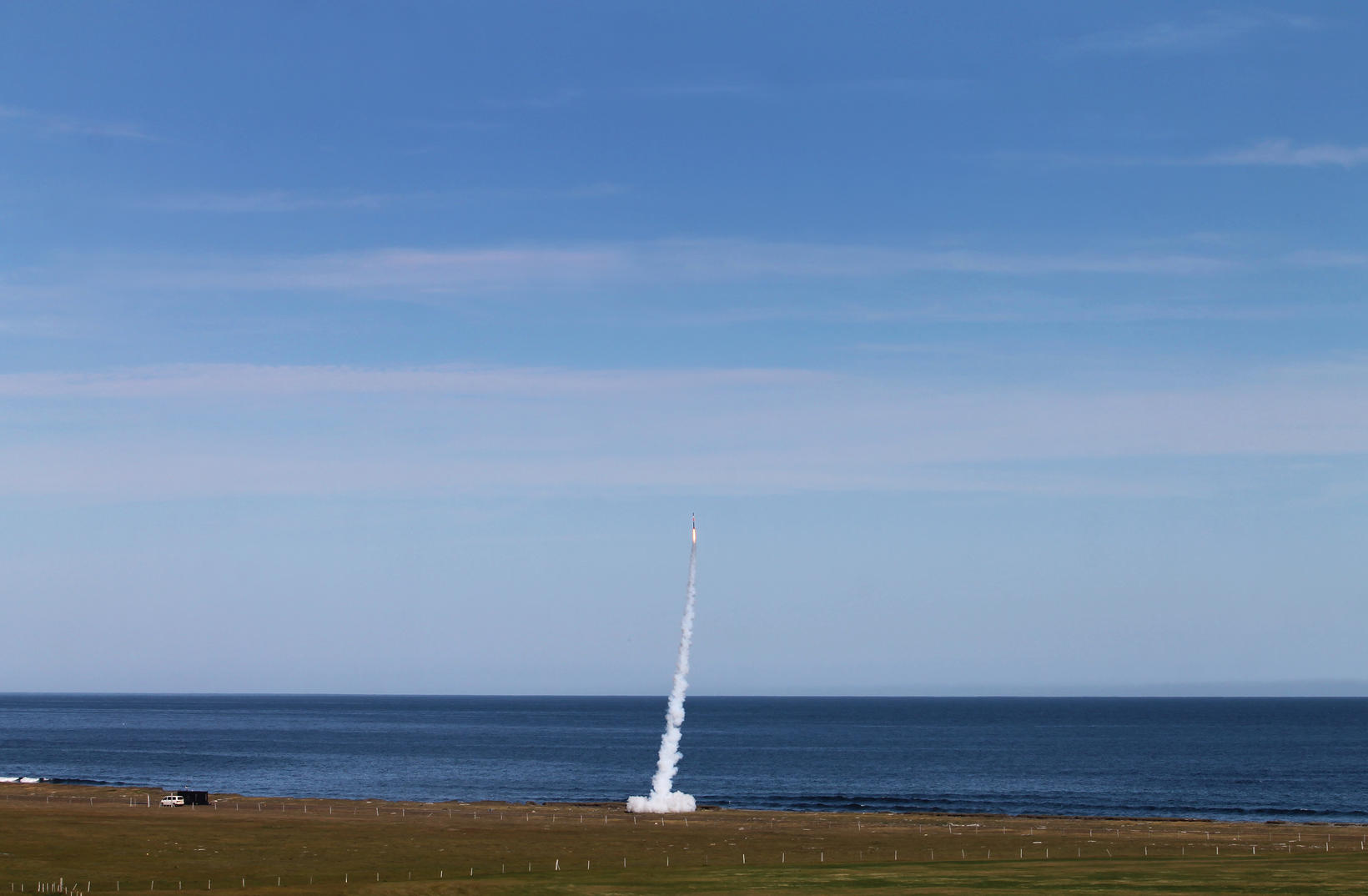 About 30 people were gathered to witness the launch. The rocket was launched in two parts, with an interval of a few seconds - reaching an altitude of 6 and 30 km, respectively.

Both parts subsequently landed in the ocean, a short distance off the shore.

On board was electronic equipment, two computers with positioning equipment, and a pressure meter. 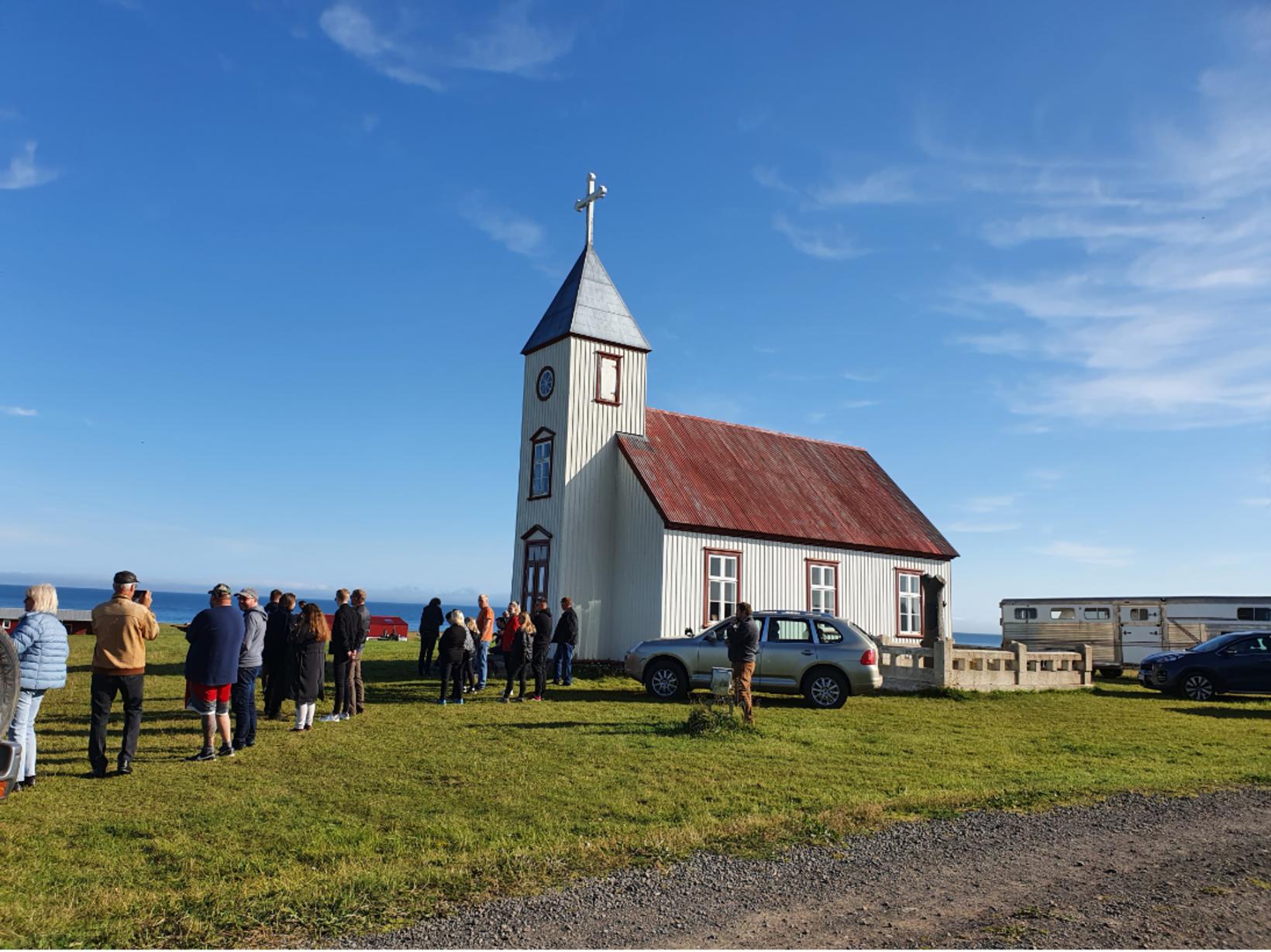 A group of people gathered to witness the launch. mbl.is/Líney Sigurðardóttir

Atli Þór Fanndal, who heads Space Iceland, states that this was an experimental launch and that the future goal is to be able to launch satellites that will orbit the earth.

Space Iceland was formally established last year. Its goal is to support space science in Iceland.

In 2016, Alþingi, the Icelandic parliament, passed a parliamentary resolution to apply for membership of the European Space Agency, of which 22 countries are members.

According to Skyrora’s website , the Skylark Micro was meant to “test onboard avionics and communications as well as practice marine recovery operations. Skyrora’s de-risking programme is based on testing its systems with smaller and more cost-effective vehicles before they are used in their larger Skylark L and Skyrora XL rockets. Their low Earth orbital rocket, the Skyrora XL, is scheduled to launch in 2023.”