US ambassador to Iceland causes a stir 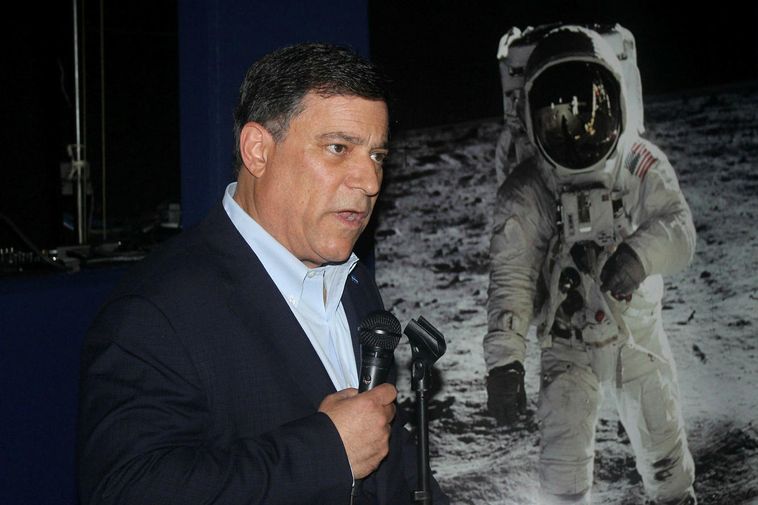 Dr Jef­frey Ross Gun­ter has responded to the recent criticism saying that it has been an honour to lead the embassy. Morgunblaðið/Sigurður Bogi
Ásgeir Ingvarsson
ai@mbl.is

A great deal of controversy has surrounded the US ambassador to Iceland this past week. Dr Jeffrey Ross Gunter, who was appointed ambassador to Iceland in May last year, was the subject of a detailed CBS News report where he is claimed to behave in a "paranoid" manner and said to have requested an armoured car and a permission to carry a firearm, as well as having "entertained the idea of wearing a stab-proof vest", says the report.

A wave of criticism aimed at the ambassador started earlier in the week following Dr Gunter’s twitter post where he re-tweeted a message from Donald Trump and added: “We are United to defeat the Invisible China Virus!” – affixing both the US and Icelandic flag to his message. Some prominent Icelandic leftists were highly critical of the ambassador’s tweet, calling his statement "racist" and "foolish", and objecting to him using the Icelandic flag as part of the tweet.

CBS News, with dozens of diplomats, government officials and other individuals as sources, claims that Dr Gunter wanted to obtain special permission from Icelandic authorities to carry a firearm. It should be noted that while hunting rifles are common in Iceland the ownership of handguns is severely restricted and almost exclusively limited to use in shooting sports and pest control. Sources in Reykjavik say that the request was never made and that the ambassador was talked out of pursuing the matter as it might insult the host nation.

CBS’ sources point out that Iceland is one of the safest countries in the world and that the ambassador has been informed multiple times that he is at no extraordinary risk. However the US embassy recently posted a jobs listing in Icelandic newspapers for full-time bodyguards whose role will likely involve escorting the ambassador.

Sources also accuse the ambassador of spoiling the working environment at the embassy in Reykjavik, having gone through seven Deputy Chiefs of Mission in his short tenure.

"The first deputy prepared for more than a year and spent months learning Icelandic, only to be blocked from coming to post because, according to a State Department official, Gunter reportedly "didn't like the look of him" at their introductory meeting. The second DCM made it to Iceland, but only lasted six months," says CBS

The CBS alleges the ambassador of having outbursts of rage over trivial matters and accusing others of various unsubstantiated infractions. Supervisors at the US State Department have also, purportedly, had difficulty getting Dr Gunter to follow protocol and respect the chain of command.