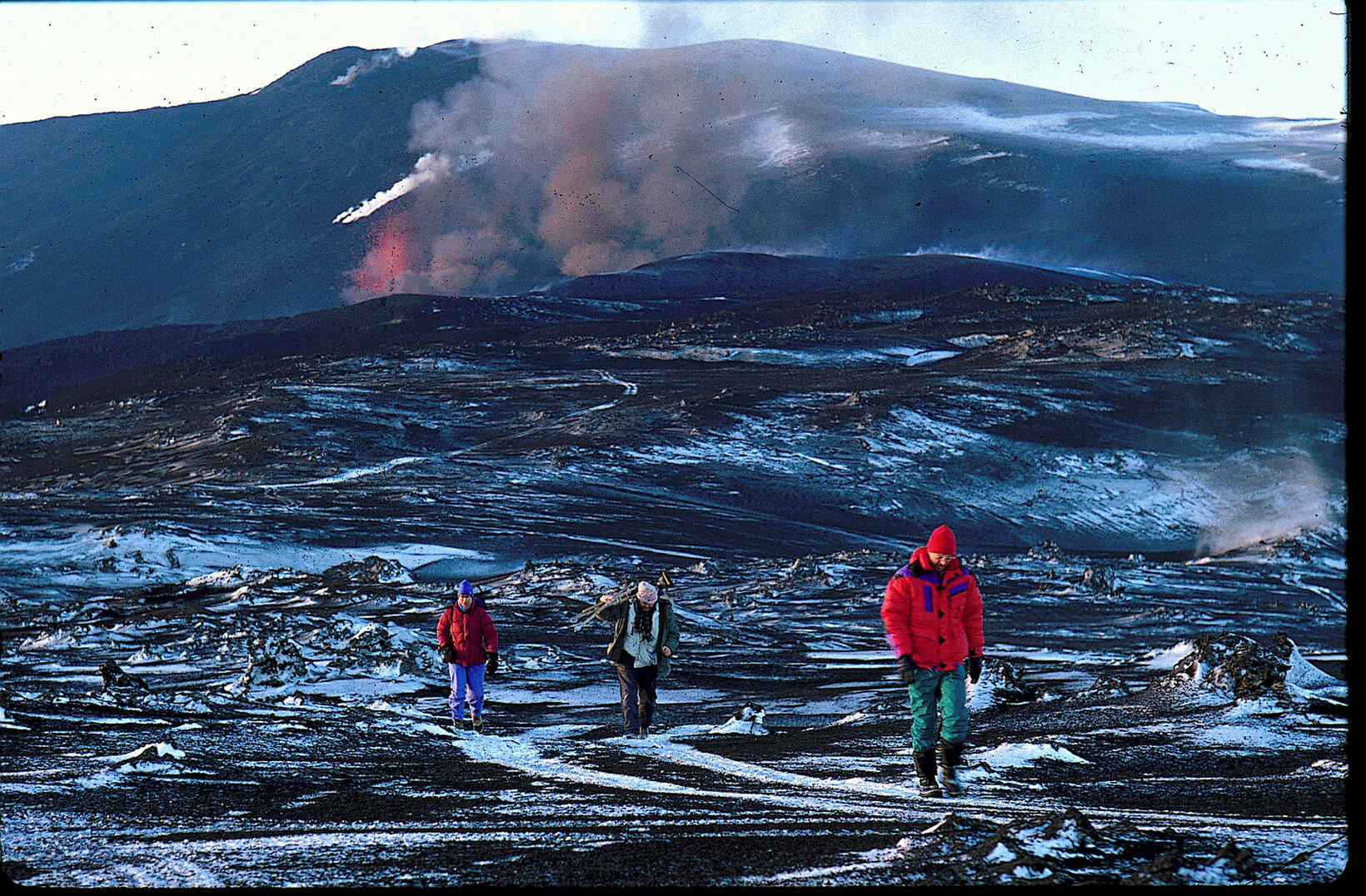 From the 1991 Hekla eruption, when lava covered an area of 23 square kilometers. Árni Sæberg

Measurements made near stratovolcano Hekla indicate a build-up of magma pressure that has become considerably greater than when the volcano last erupted in 1991 and 2000.

The Institute of Earth Sciences at the University of Iceland, which performed the measurements, warns that eruptions in Hekla usually happen suddenly and that hikers in the vicinity of the volcano might be in danger in case of volcanic activity.

“It is not possible to guarantee that people visiting the area could be warned in time to seek shelter before an eruption would start. It is also worth noting that eruptions in Hekla often start with a powerful phreatomagmatic eruption,” says the Institute. “Should a group of unprepared hikers find themselves near the eruption they would have few means of escaping.”

In a phreatomagmatic eruption water and magma interact to produce tephra. There is a chance of pyroclastic flow where the tephra flows quickly down the hills of the volcano, similar to the flow of tephra that covered Pompeii in 79 AD.

The measurements were done near the farm of Næfurholt at the foot of Hekla where geologists discovered that the earth would rise during magma build-up underneath the volcano and then fall post eruption. 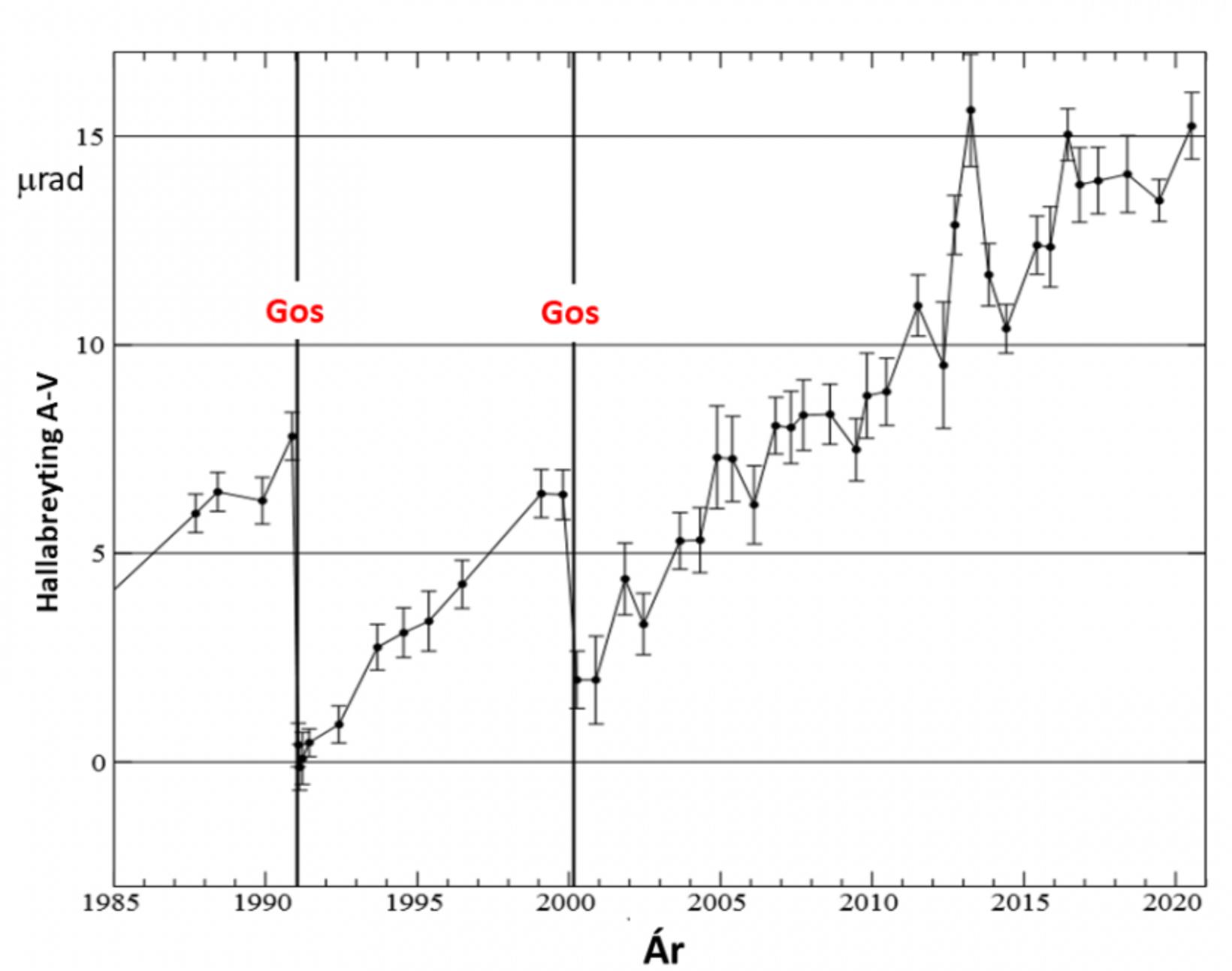 A graph showing the change in elevation at the foothills of Hekla. The y-axis shows the elevation and the x-axis shows the year. The eruptions of 1991 and 2000 are marked as "Gos". Institute of Earth Sciences - University of Iceland