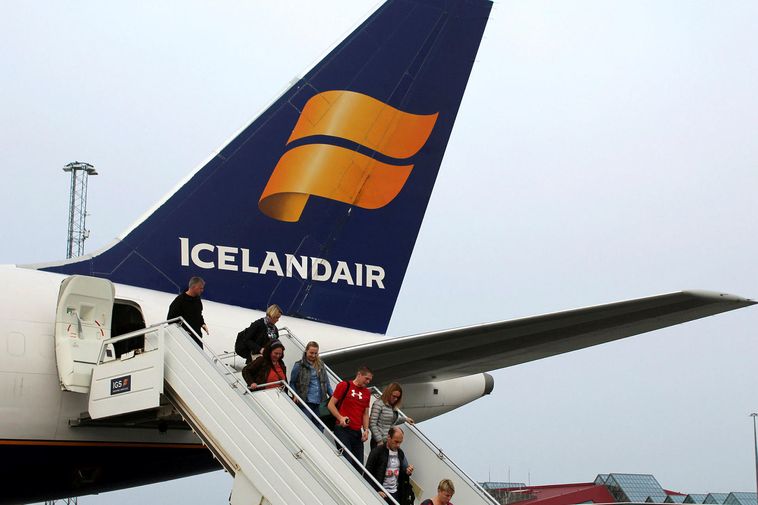 Icelandair will have to cut the pay of cabin crew to remain competitive in a global industry. Sigurður Bogi Sævarsson
Ásgeir Ingvarsson
ai@mbl.is

After prolonged negotiations Icelandair and Flugfreyjufélag Íslands (FFI) – the union that represents the cabin crew of the airline – have failed to reach an agreement on remuneration. The airline has therefore opted to fire all flight attendants currently working for the company and to seek a new representative to deal with.

Icelandair notified the Icelandic stock exchange of this decision shortly after noon today, Friday: “Icelandair has been negotiating with the Icelandic Cabin Crew Association (FFI) on a new long-term collective-bargaining agreement for the company’s cabin crew members. The objective has been to ensure the long-term competitiveness of the company while safeguarding the  competitive compensation and working conditions of the company’s cabin crew members,“ the airline said in a statement. „Unfortunately, the negotiations with the Icelandic Cabin Crew Association have come to an end without a conclusion. On 8 July, the members of the Icelandic Cabin Crew Association, rejected a new collective-bargaining agreement which had been agreed to and signed between the parties’ negotiation committees. Although the negotiations were continued after the results of the voting were announced, it has now become evident that a mutually agreed conclusion will not be reached.

Starting July 20th Icelandair‘s pilots will temporarily take over responsibility for onboard safety but services will be at a minimum.

Like most of the industry Icelandair has been struggling financially and the airline‘s managers have been seeking ways to streamline and reorganize the busines. Analysts have pointed out that it makes the airline less competitive in the global market that Icelandair‘s cabin crew has been better compensated than their peers in other markets.

Icelandair might opt to begin negotiations with the union that previously represented the cabin crew and pilots of now defunct WOW air. That same union recently reached an agreement with newly formed airline Play which aims to start flying in the fall. It might also be possible that attendants who were unhappy with how they were represented by FFI will start their own union. In the last round of voting 26% of FFI members approved of Icelandair‘s offer while 73% declined.