Flights may be cancelled with Covid-19 testing at capacity 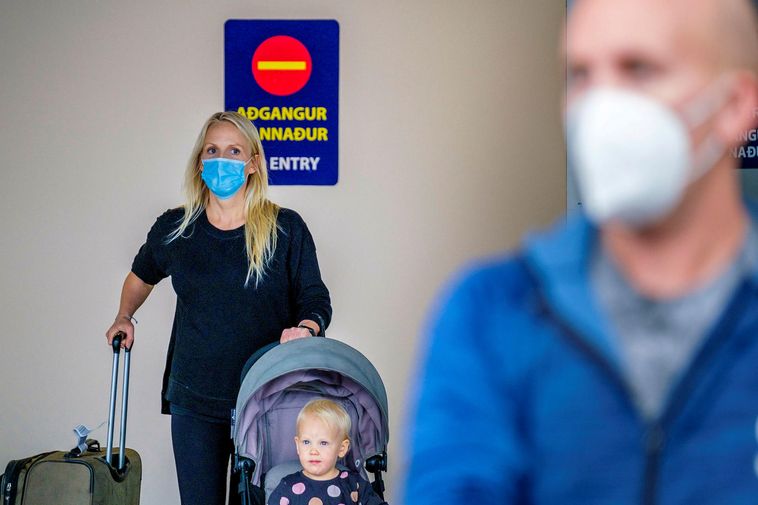 The testing facility at the airport can collect and process 2.000 samples daily but would have to increase capacity to 3.000 samples if cancellations are to be avoided in the coming two weeks. Kristinn Magnússon
Ásgeir Ingvarsson
ai@mbl.is

The number of passengers arriving in Iceland has exceeded the capacity of the Covid-19 testing facility at Keflavik Airport. This means that in the coming days some flights to Iceland may have to be cancelled if all passengers are to be tested at the border.

Icelandic travel website Turisti.is first reported on the problem and estimates that around eighteen flights scheduled to arrive in Iceland from July 15th to 21st may have to be cancelled to keep the number of passengers arriving in Keflavik in line with the current testing capacity of 2.000 samples per day. It is uncertain which flights would be prioritized and where the responsibility for the cancellations should lie.

Mr Frank Holton is the CEO of Airport Coordination that manages landing permits and organizes the flight schedule for Keflavik Airport: “It seems that Isavia [that operates Keflavik Airport] assumes that I as coordination manager take it upon myself to disappoint both passengers and airlines by cancelling previously confirmed landing slots,” said Mr. Holton in an interview with Turisti. “I can certainly do so, but the decision has to come from the Icelandic Transport Authority, and they have to provide guidelines for which flights to prioritize under these unusual circumstances.”

Mr. Holton says that with the landings currently scheduled the testing capacity at Keflavik Airport would have to be increased to 3.000 samples a day for the next two weeks if cancellations are to be avoided. As an alternative he suggests that authorities exempt passengers from certain countries from getting tested at the border.

Tomorrow, Tuesday, the National University Hospital of Iceland will take over the day-to-day operations of the testing facility at the airport, which had been managed by Icelandic genetic research company deCode since testing became mandatory on June 15th.

According to Mbl.is officials will be having meetings throughout the day to try and fix the bottleneck that the testing facility has become.