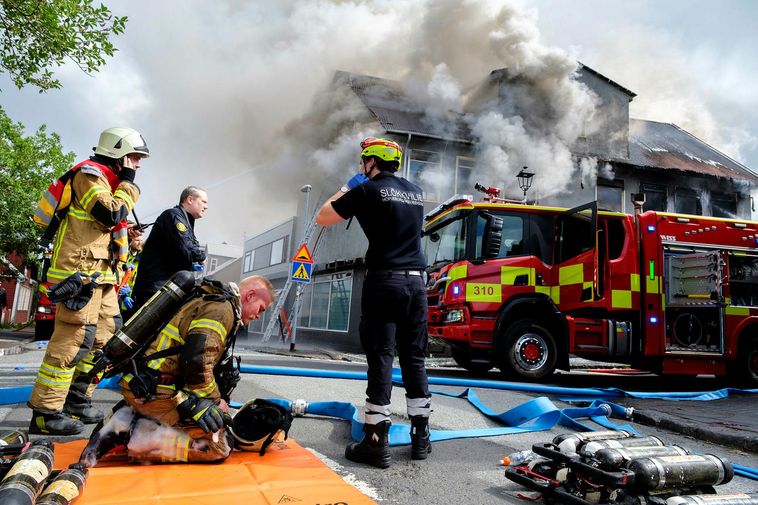 The fire of June 25th shocked the nation and shone a light on the sometimes poor living conditions of migrant workers in Iceland. Kristinn Magnússon
Ásgeir Ingvarsson
ai@mbl.is

The investigation of a deadly fire in central Reykjavik in June is progressing well and police has now confirmed the identity of the three people who lost their lives. A statement published on Wednesday said that all three have been identified as Polish nationals but their names will be withheld at the request of their relatives. A fourth person injured in the June 25 fire remains in intensive care.

A man in his ‘60s was arrested in connection with the fire and on July 3rd the District Court of Reykjavik ruled that he should remain in police custody for a further seven days to protect the public interest. The suspected cause of the fire is arson.

In the two weeks following the June fire public debate in Iceland has focused on the rights and living standards of immigrants and migrant workers in Iceland, and the plight of hundreds or thousands of people forced to live in inadequate and sometimes dangerous housing. According to an official tally at least 306 commercial properties in Reykjavik and neighbouring towns are being used to house people – with some not fully in compliance with safety standards. The Reykjavik area fire Department has made an effort to monitor the safety of commercial properties where people live and has, on occasion, exercised their authority to evict the inhabitants if the properties are deemed unsafe. The fire department does not, however, have the same authority when it comes to residential properties and cannot inspect them without the owner´s consent except with a court order. The house that burnt down in June was believed to have been in a very poor condition but was classified as a residential property.