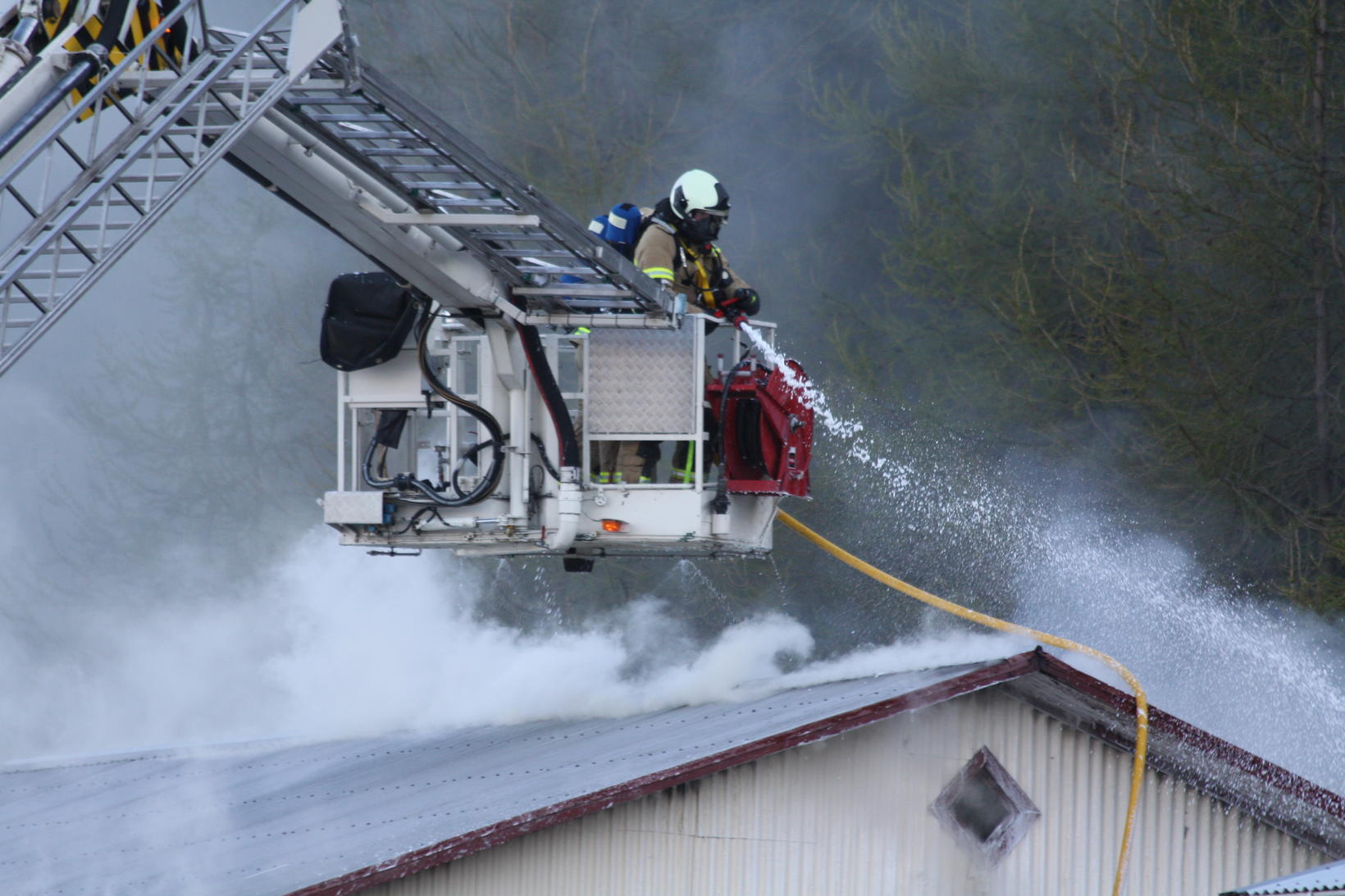 A man, rescued unconscious from a burning house in Akureyri last night, was transported by medical flight to Reykjavík, after being admitted to Akureyri Hospital. No information has been provided regarding his condition. 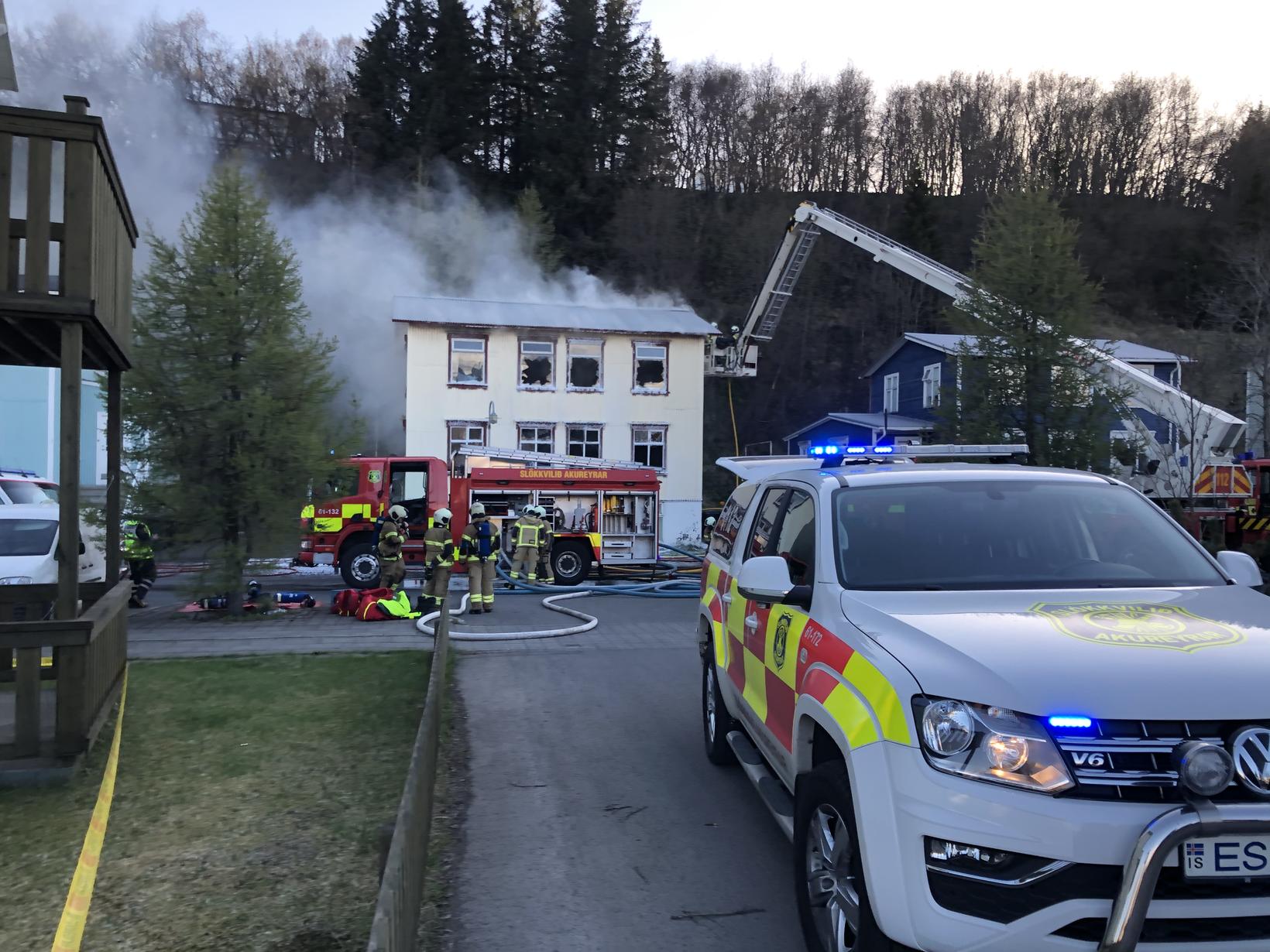 From the scene of the fire. Photo/Þórhallur Jónsson

The house , located at Hafnarstræti 37, is a wooden two-story house, built in 1903 – one of the oldest houses in town. A neighbor reported smoke billowing from the house shortly after 7 pm last night. 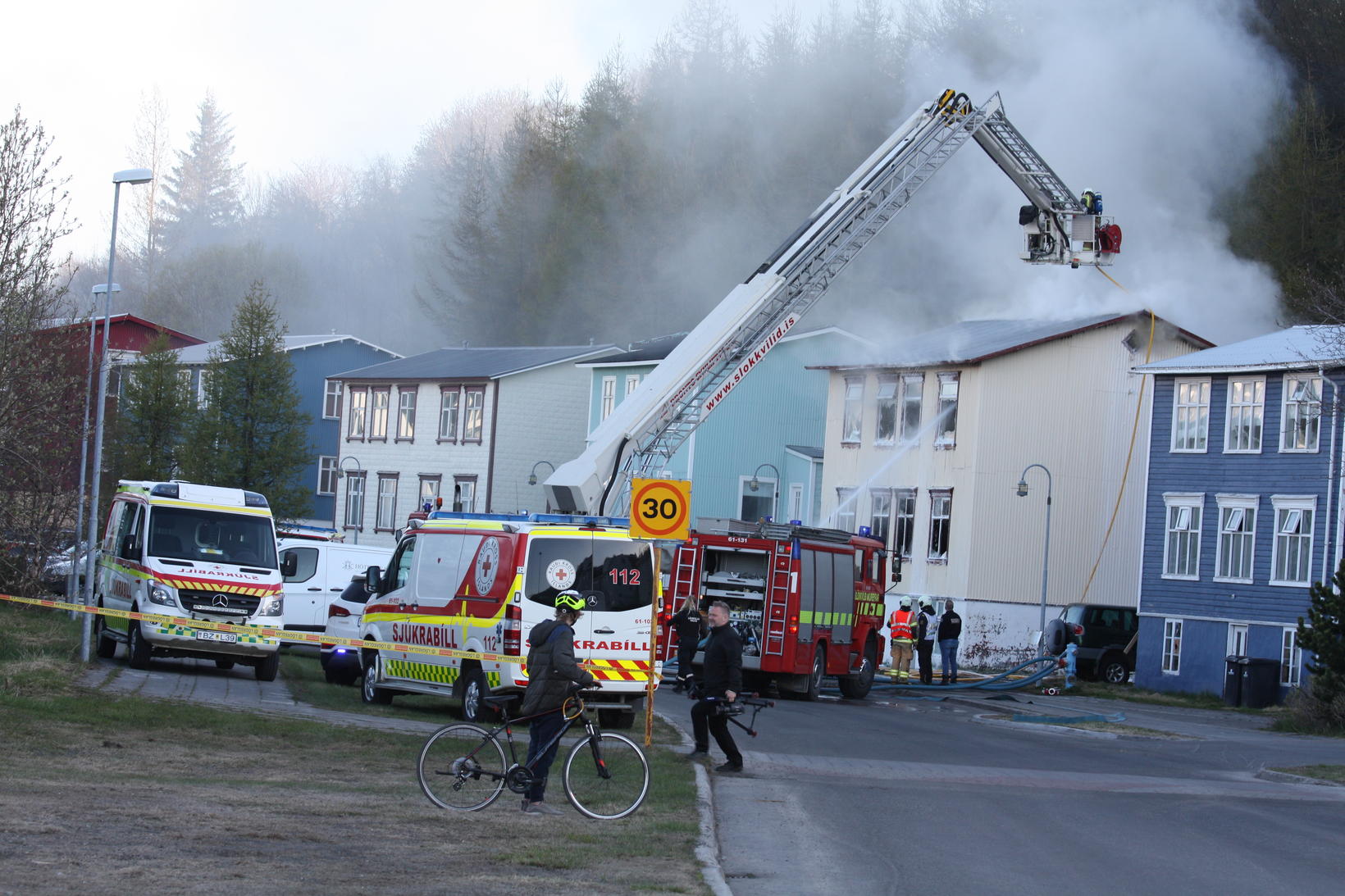 Firefighters discovered the man unconscious inside the house. He was the only person inside. The roof of the house had to be torn open. 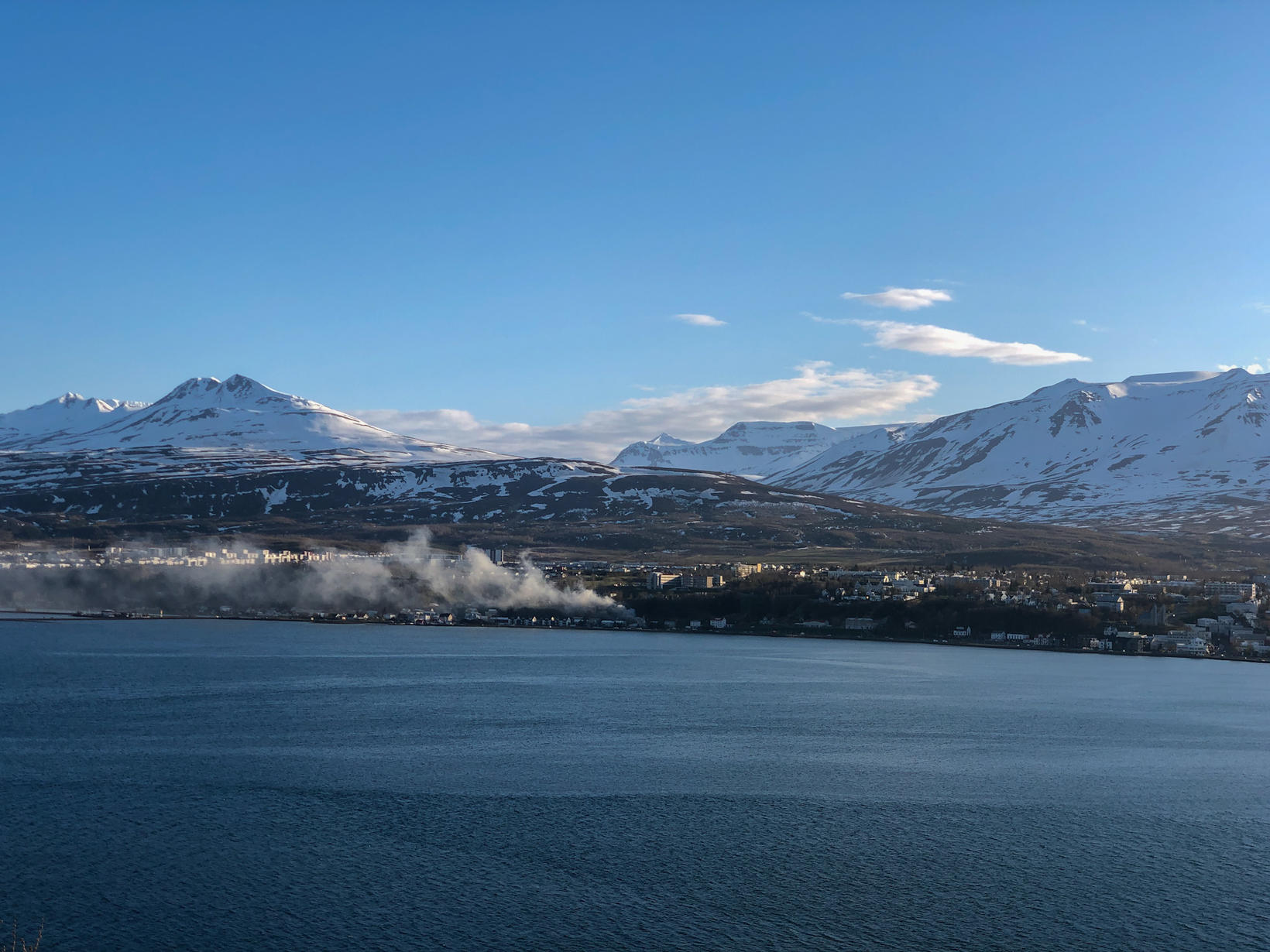 The smoke was visible from afar. Photo/Contributed

Two nearby wooden houses were evacuated and its residents provided with shelter in a bus, where Red Cross workers assisted them. By midnight, the fire had been put out, but the house was monitored overnight.

The source of the fire is not known.