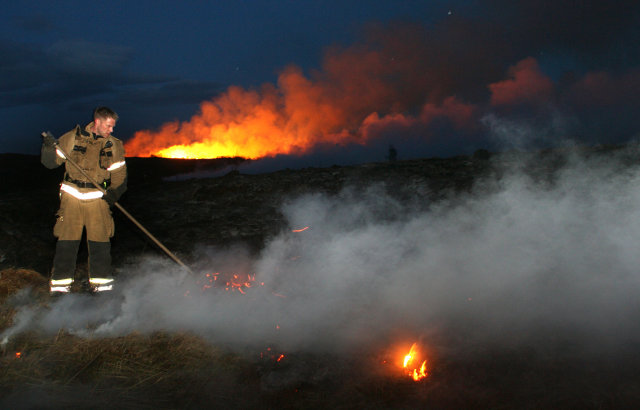 About a hundred firefighters fought a wildfire in Norðurárdalur valley, West Iceland, yesterday and overnight. The fire was reported between 5 and 6 pm yesterday, near Glanni waterfall.

“There were rescue teams and every available [firefighter], in addition to nearly 20 firefighters from Akranes and almost ten firefighters from Suðurnes,” Bjarni Þorsteinsson, Borgarbyggð fire chief, tells mbl.is . Farmers were ready to fight the fire as well.

The fire was finally put out this morning. Bjarni states there is no way to tell where the fire started.

Most of the fire consumed moss and bushes. 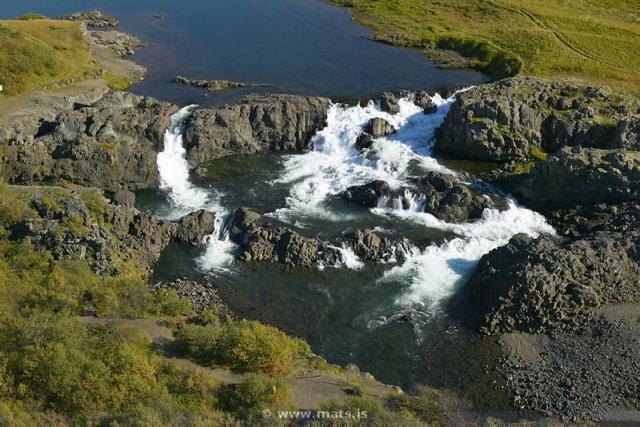 The Icelandic Coast Guard helicopter could not be called out to assist with fighting the fire, since it was engaged in searching for a missing fisherman in Vopnafjörður fjord, believed to have fallen overboard.

Bjarni states that this kind of fire is among the most difficult to put out. “The last time [the nearby volcano] Grábrók is believed to have erupted was about 3,000 years ago. Therefore, you can assume the moss is not much younger than that, and it is generally about 20-cm (8-in) thick, and even more than that in some places. Then there are shrubs and bushes and that sort of vegetation,” he explains.

The area is inaccessible by car, and firefighters had to pass a rough lava field to get there.

All firefighting equipment had to be carried to the scene.

“This was hard work for the team. But they are a tough group,” states Bjarni.